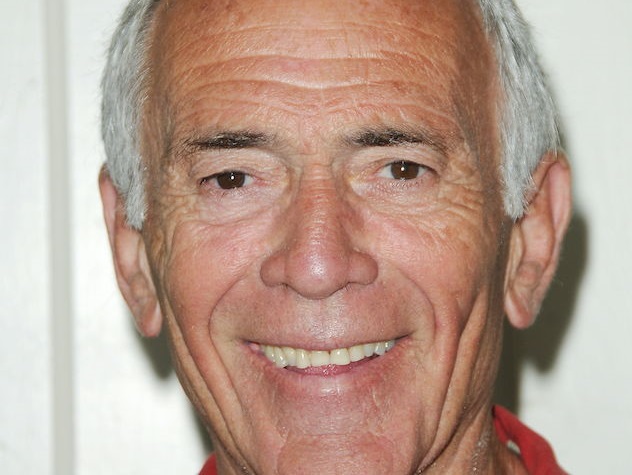 * He was a mob boss known for taking out the entire families of his enemies.
* Trevor Lansing was his lawyer.
* Was a psychopathic lunatic who has been driven over the edge by the memory of his dead wife - the love of his life.
* Loved his garden.
* Blackmailed Tracy into marrying him.
* Had his daughter Claudia sleep with mobster Gino Soleito to pay off a debt.
* Was revealed to by Johnny Zacchara’s grandfather, not father.
* Sonny blamed him for seriously injuring Dante in a shooting.
* Caused Starr Manning’s car to go off the road after his tires were shot out.
* Killed by his grandson Johnny.
* His ghost haunted Johnny after he died.

Who's played Anthony Zacchara (deceased) over the years?

Anthony is the crazy former head of the Zacchara mob family. When Johnny was a young boy, he shot at his son out of jealousy, but hit his wife instead, killing her. Over the years, Anthony became controlling of Johnny and abusive towards his daughter Claudia. Anthony has also had a long battle with Sonny.

During his early days in Port Charles, Anthony terrorized guests at the Black and White ball. For his grand finale he jumped off a ledge as Jason shot him. He was paralyzed for a brief time. He also ended up in Shadybrook for awhile but managed to be released.

Anthony continued his reign of terror which included shooting Kate and forcing Sonny to marry Claudia for business reasons. This didn't prevent Anthony from continuing to abuse his daughter, as he kidnapped Claudia and strapped her to a bomb. Sonny of course saved her though. Anthony was then arrested and sent to Pentonville.

While in prison, Anthony continued to pull strings and wreak havoc on those in Port Charles. However, when Michael was sent to prison for Claudia's murder, Jason brokered a deal with him. Jason promised that Johnny would remain unharmed on the outside, as long as Michael was kept safe on the inside.

Anthony was eventually released from prison, but found himself butting heads with his son Johnny, who had taken over the organization. He spent much of his freedom advising his son, trying to get at Sonny and blackmailing Tracy into marrying him.

Anthony was revealed to be Johnny’s grandfather, not father, and that he used his daughter Claudia to sleep with mobster Gino Soleito to pay off a debt. Johnny cut ties with Anthony, who then tried to leave Port Charles when he learned Sonny was after him. Anthony’s tires were shot out and he crashed into the car of Starr Manning, causing the death of her boyfriend Cole and their daughter.

Anthony overheard Tracy plotting his murder with Luke Spencer he demanded Johnny for help. Instead, Johnny confessed to shooting out Anthony’s tires before shooting him in the gut. Anthony begged for his life but Johnny finished him off and he died on May 31, 2012. Tracy found Anthony’s body in the boathouse and assumed Luke killed him. Luke thought Tracy did it. The body disappeared and Heather Webber was eventually revealed to have buried the body to save Luke. Anthony’s ghost haunted Johnny until he confessed for causing the accident that killed Starr’s baby.