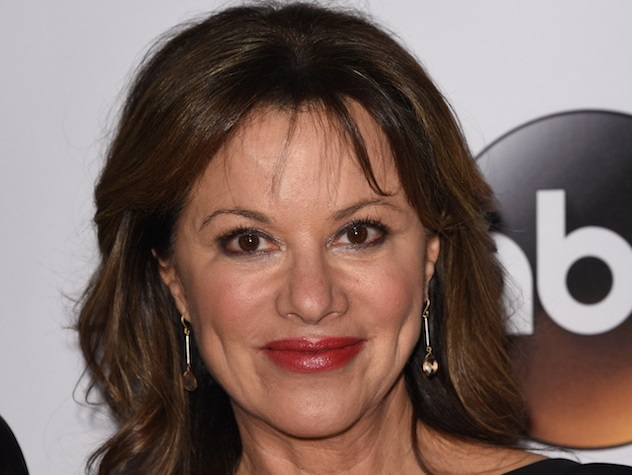 * Has three daughters with two different fathers.
* Accidentally killed Kiefer Bauer in a hit and run accident.
* Attempted murder; helped Luke loosen the railing on a parapet at the Wyndemere, hoping that Helena Cassadine would fall. (May 1998)
* Pushed Luis Alcazar off his penthouse balcony, effectively killing him. (November 2002)
* Faked the alternate personality of her late sister, Kristina, to get by on an insanity defense. (winter- to spring-2003)
* Broke into Ric's apartment and stole files that incriminated Sonny. (November 2004)
* Helena Cassadine killed her mother in front of her eyes as a child. (Alexis is the love child of Helen's late husband Mikkos Cassadine.)
* Killed Kristina's boyfriend Kiefer in an accidental hit and run.

Who's played Alexis Davis over the years?

Alexis came to Port Charles to defend one character against stalking charges levied by another. The cheating and scheming that takes place among those linked to General Hospital has kept her quite busy throughout the years.

She's had romantic liaisons with Ned Ashton and Jasper Jacks, and her stormy marriage with Ric Lansing is all but done. She probably found her most romantic moment with steamy, Sonny Corinthos, and when she finally relented to having sex with him, it resulted in the birth of daughter, Kristina. With her child's welfare in mind, Alexis halted any contact with him and the mob connections that have already cost the lives of so many but eventually softened and let him have visitation with his daughter.

As part of the Cassidine clan, Alexis is plagued by her hatred for Helena for killing her mother right in front of her. Even after joining up with Luke Spencer to rid the world of the evil woman, Helena still turns up periodically to remind us that she is invincible.

It seems that every act that involves Alexis has a consequence. If she wins a case, she loses a lover. She can't find peace no matter how hard she tries. She recently learned that Sam McCall is the daughter she gave up years ago, and then discovered her in a compromising position with husband, Ric. Alexis had the fight of her life when she faced cancer, but came out on top. She continues to fight the bad guys of Port Charles by day, but ends up befriending them in her off hours.

When Sonny's son Michael was shot (and put in a coma) in 2008, she fought to keep Kristina, her daughter with Sonny, away from him. She and her BFF, fellow attorney Diane Miller, are often each other's sounding board and drinking partner.

Against her better judgment, she gave in to a love affair with Jerry Jacks. As District Attorney, she knew better than to align herself with a known criminal, but as a woman she was lonely.

Alexis was exposed as having an affair with the married Mayor Floyd. His wife Andrea tried to set Alexis up for killing his mistress and stalking the mayor. During this time Alexis also confessed to running Claudia off the road, which caused the death of her baby. Alexis was actually covering for her daughter Kristina and was cleared of all crimes.

Molly and Kristina became focused on setting their mother up with Mac and they went on a few friendly dates. Alexis also started working in the private sector, teaming up with Diane Miller at her firm.

Things turned serious again after Alexis found a beaten Kristina in their home. She rushed her daughter to the hospital and unknowingly hit Kristina's abuser, Kiefer Bauer, with her car and killed him. She got off with community service.

The ensuing months were spent trying to keep Kristina on track for high school graduation and away from older man Ethan Lovett. She was also a sounding board for Sam, who wanted to have a baby. When Kristina didn't get into Yale, Alexis went to Sonny to pull some strings in order to keep their daughter away from Ethan. It worked, but in order to keep their alliance quiet, Sonny forced her to represent him again.