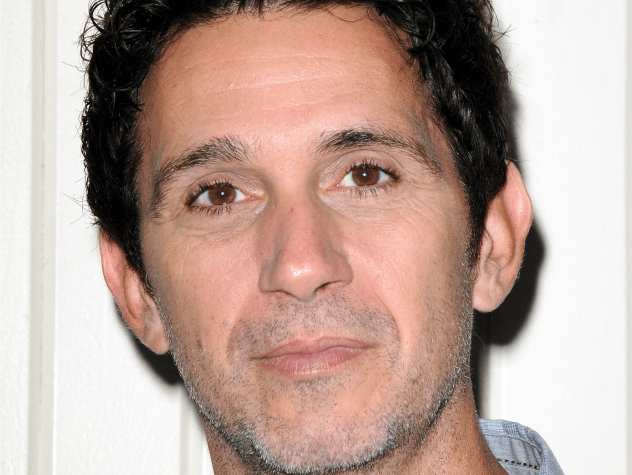 Born in Brooklyn, Ronnie moved with his family to New Jersey when he was six years old. Although excited by the idea of being an actor, he didn't pursue the craft until his mid twenties. He auditioned for his first play and was cast as an evil farmer in "Hide and Seek" at the Edison Valley Playhouse.

He went on to land lead roles in plays around New Jersey, which won him an ACT award for Outstanding Lead Male Actor. He also won a Cable ACE award in 1997 for hosting and producing the Documentary of the Year. Ronnie followed that up by joining the Broadway National Touring Company of "Tony N Tina's Wedding."

In 1985, Marmo headed west to Hollywood and landed a role in the movie "Deuces Wild." From there he started a theatre company, 68 Cent Crew, with whom he has continued to produce, direct and star in productions at Theatre 68.

Ronnie has also appeared in the movies "Crocodile Dundee in Los Angeles," "Fish Without a Bicycle," "Irish Eyes" and "The Third Wish." In addition, Ronnie appeared in an episode of The Young and the Restless in 2004, an episode of General Hospital in 2005 as Jax's limo driver, and has produced and starred in the movies "West of Brooklyn" (which he adapted from one of his plays) and "Limbo Lounge."