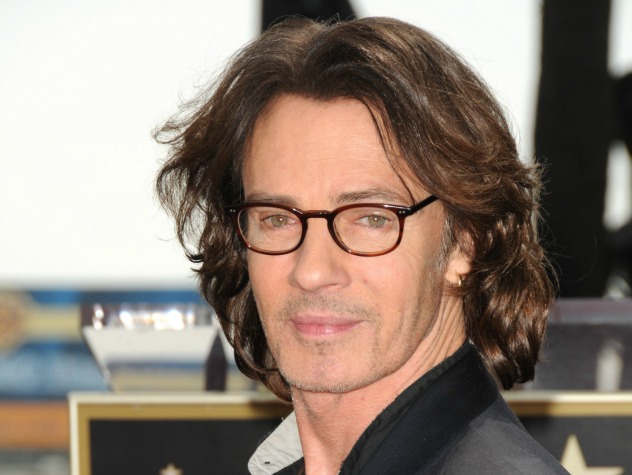 Rick Springfield (born Richard Lewis Springthorpe), was born in Sydney, New South Wales, Australia. Most of his childhood was spent in Melbourne, Australia. His family moved around quite often, as his father was a colonial in the Australian Army.

Rick dropped out of high school to pursue his love of music. Even when his first band, 'Rock House', took him to Vietnam during the height of war, it didn't deter him. Along the way, bands came and bands went. He honed in on his songwriting skills with another teen band, called 'Zoot'. It was in this band that he decided to go solo, moving to USA to pursue his solo career.

Rick was very close with his family, especially his father, with whom he credited his passion for music. His father passed on some years later, you could catch a few of Rick's tunes on his 'Karma' album that were dedicated to his Father.

Rick Springfield soon became a household name. After some years of paying his dues in singing, and acting to support himself, his "leaky ship came in", finally, in 1980. Teens everywhere became entranced with his music, his handsome rugged looks and his songs went to the top of the charts!

In 1980, he recorded 'Working Class Dog', and auditioned for the soap opera, General Hospital. Fans were able to see him as Dr. Noah Drake, as well as in concert!

Rick recorded album, after album, stayed acting on daytime television, and eventually married his long time love, Barbara Porter October 27th, 1984, after years of dating. They wed after Rick's summer tour was completed, in his family's church in Australia, and kept the marriage quite low key. Most fans did not realize until much later that Rick had in fact married. Keeping with a tradition that continues to this day, Barbara maintained a very low profile and protected the privacy of her new family. She soon became pregnant with their first son.

It was in 1988, after the birth of his first son, Liam, that Rick suffered severe injuries in a motorcycle accident just prior to the start of a tour. The entire tour had to be canceled, and Rick dropped out of sight for a while. He and Barbara had another son (Joshua) at this point, and he became a full time actor, acting in a comedy/detective show called 'High Tide'. When this show's contract wasn't renewed, he went back into singing, full time!

After getting a few more records out there, Rick went back to daytime's General Hospital, reprising his role as Dr. Noah Drake.

He now resides in California with his wife, Barbara and has two sons. He's still writing songs, making CDs and touring!