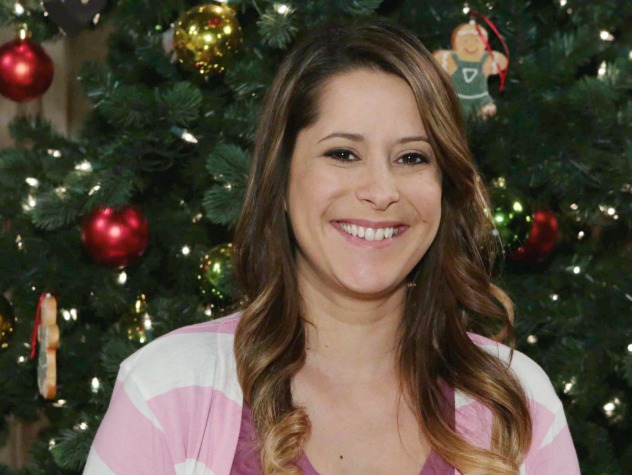 Kimbery is a native of Bellflower, California, however, her family has moved around quite a bit since then. Kimberly has resided in places such as Huntington Beach, Calif., Fresno, and then Mirada, where she currently lives.

Kimberly is a great dancer and singer. In fact, in 1989 she received a letter from President Bush congratulating her as the recipient of the 1989 Presidential Academic Fitness Award.

Kimberly's made her debut into acting at the age of seven months! She was in a diaper commercial with Juliet Mills. Then, at the age of five, she was dancing in a trade show at the convention center in Las Vegas, she danced on television in "Fame," "Solid Gold" and "The People's Choice Awards", and on film, she danced in the movie, "Electric Boogaloo: Breakin' 2."
Before joining General Hospital, she appeared in 18 commercials, dancing in all but two of them!

Kimberly has acted in theatre, on film, in primetime and daytime television. For a young actress, she has had a long, lustrous career thus far!

In 1989 Kimberly won her first daytime Emmy Award for Best Juvenile Performer under the Age of 23 for the 1988-89 season! She was nominated twice again for an Emmy (1989-90 and 1990-91 seasons) as Outstanding Juvenile Female in a Drama Series. In 1994, Kimberly was nominated for a fourth Emmy in the updated Outstanding Younger Actress category, and again in 1995. In 1996, McCullough won her second Daytime Emmy.

Other major awards for the talented actress include three Youth in Film Awards for 1985, '86 and '87, and two Soap Opera Awards for Best Juvenile Performer. She recently received the first-ever Hollywood Reporter Young Star Award as Outstanding Actress in a Daytime Drama. Film audiences recognize Kimberly from two notable roles in high-profile feature films: As the daughter of Warren Beatty in "Bugsy" and as Kevin Kline's daughter in "Consenting Adults."

Kimberly has done various recordings as a back-up singer and she has sung in commercials.

When not working, Kimberly loves collecting rare coins, bells and European dolls, listening to the Beatles, Led Zeppelin, and spending time with friends.