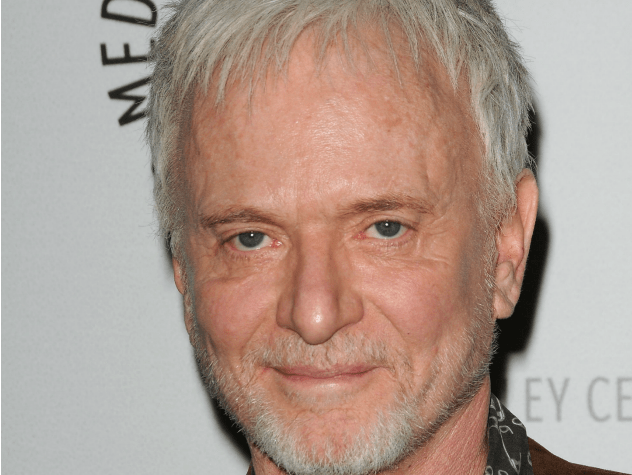 Born in Coalville, Utah, a town of 800, Anthony Geary has achieved phenomenal success in the world of daytime soaps. Anthony was a very gifted student, attending the University of Utah as a Presidential Award Scholar in theatre. Jack Albertson saw Mr. Geary perform there and cast him in The Subject Was Roses. They toured Hawaii and settled at the Huntington Hartford Theater in Los Angeles.

As portrayed by Anthony Geary, Luke Spencer was described as the most popular character in soap opera history. One critic said, "Geary's individualism, uniqueness and awesome range is the most notable in daytime (television) history," a statement that is typical of the actor's reviews. He added to his laurels by winning the 1981 Emmy Award as Outstanding Actor in a Daytime Drama Series. Mr. Geary brought Luke Spencer back to the viewing audience, and Port Charles, on October 29, 1993, and received Emmy nominations as Outstanding Lead Actor in 1997 and 1998.

In January, 1991, Mr. Geary returned to General Hospital in the role of Bill Eckert, a cousin of Spencer's, and a man of many, often dark, colors. Mr. Geary was seen on-screen as both Bill Eckert and Luke Spencer as the story progressed until the death of Eckert.

Mr. Geary has made guest appearances on more than 40 television shows. Among his TV credits are roles on Starsky & Hutch, Barnaby Jones, The Streets of San Francisco, The Blue Knight, All in the Family, The Six Million Dollar Man, The Partridge Family, Most Wanted, Mannix, The Mod Squad, Room 222, Doc Elliot, Temperatures Rising, Marcus Welby, M.D., Hotel and Murder, She Wrote. He also performed in the television movies, Perry Mason and the Case of the Murdered Madam, Kicks, Sins of the Past, The Impostor, Intimate Agony and Do You Know the Muffin Man?; and in the daytime dramas, Bright Promise and The Young and the Restless.

Mr. Geary competed in track and field and swimming events as a college student, and also raced horses. He is a certified scuba diver as well as an accomplished rollerblader. Tony also claims himself to be "the world's oldest Hip Hop dancer.