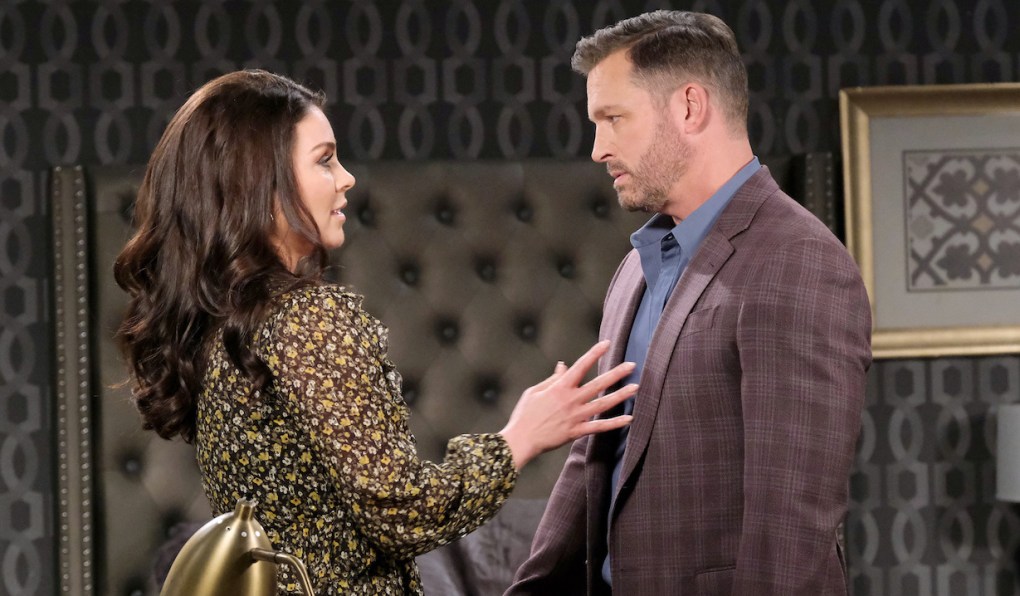 We have the latest Days of Our Lives spoilers from Monday, October 10, to Friday, October 21. Ava decides to team up with a former partner in order to bring EJ to his knees. Meanwhile, Joey and Tripp have similar romantic goals, Stefan starts to figure things out, and Brady winds up breaking Chloe’s heart as Kristen proves just how dirty she’s willing to play.

Days of Our Lives spoilers week of October 10:

Days of Our Lives spoilers for Monday, October 10: 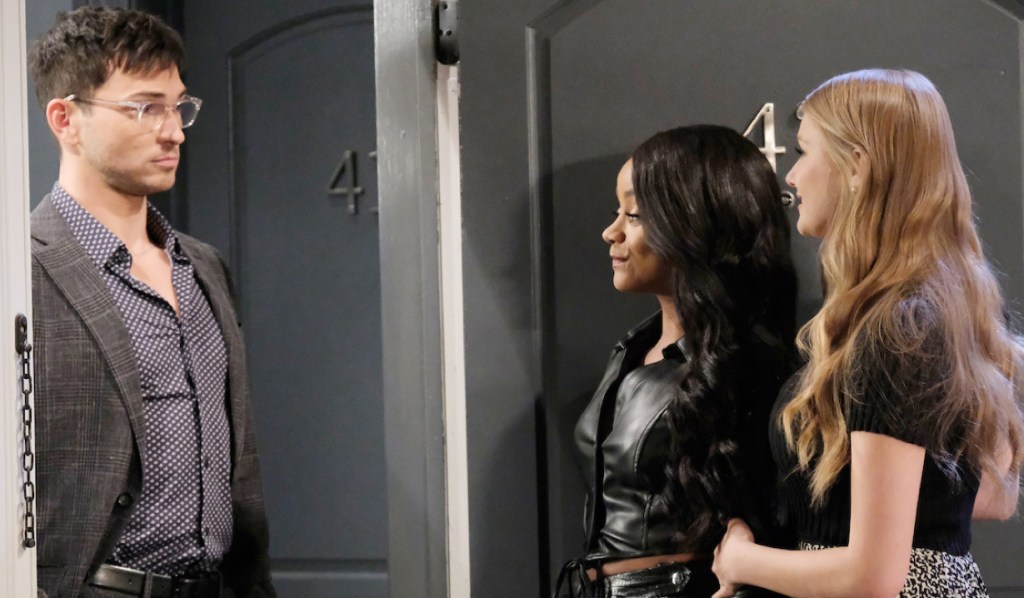 Paulina’s political career could wind up being incredibly short-lived when Sloan swings by to deliver a bit of bad news.

It sounds like Johnny is about to have an eye-opening experience courtesy of dad EJ, who is about to expose Ava’s latest deception.

Abigail who? Things are definitely heating up between Chad and Stephanie…

Days of Our Lives spoilers for Tuesday, October 11: 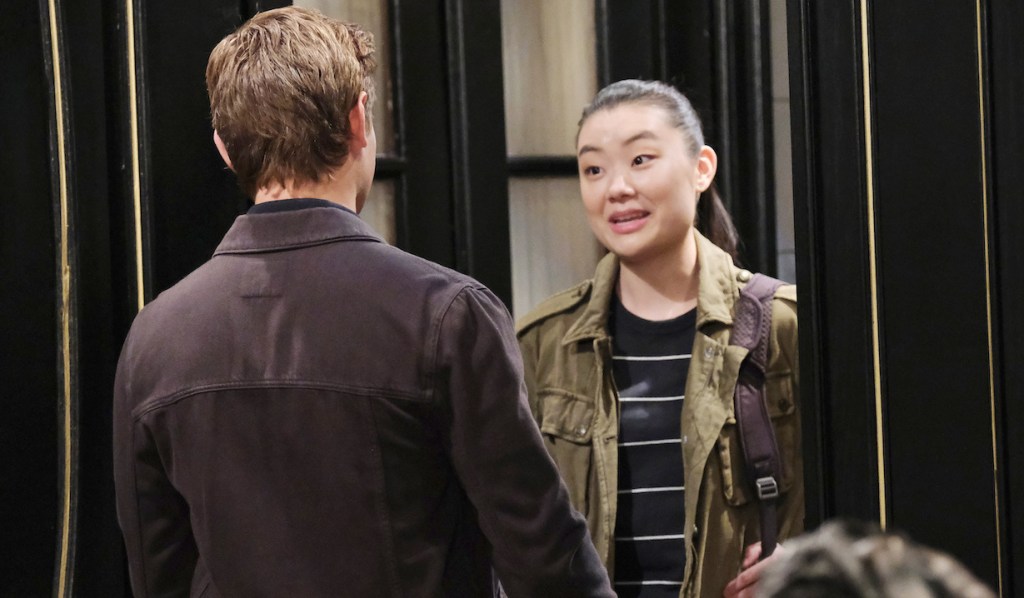 In today’s recap, Stefan has a memory of Gabi, Wendy digs into Li’s dealings, and Alex dreams of Stephanie… and Chad.

Wendy Shin — who immediately caught the attention of many viewers when she was introduced on the Days of Our Lives spinoff Beyond Salem: Chapter Two — comes to town in order to ask her big brother, Li, for help.

Gabi is about to find out who has the upper hand. (Spoiler alert: It’s not her!)

Paulina calls in her team to inform them of the bad news: She’s on the wrong end of a blackmail scheme!

Johnny’s lookin’ for revenge against his dad, and it looks like he might have found the path to it!

This Sunday, the Hallmark Channel airs its final Chesapeake Shores episode and we have your season 6 series finale preview: New surprises are abound — plus, Luke’s devastating announcement brings Bree to tears.

Days of Our Lives spoilers for Wednesday, October 12: 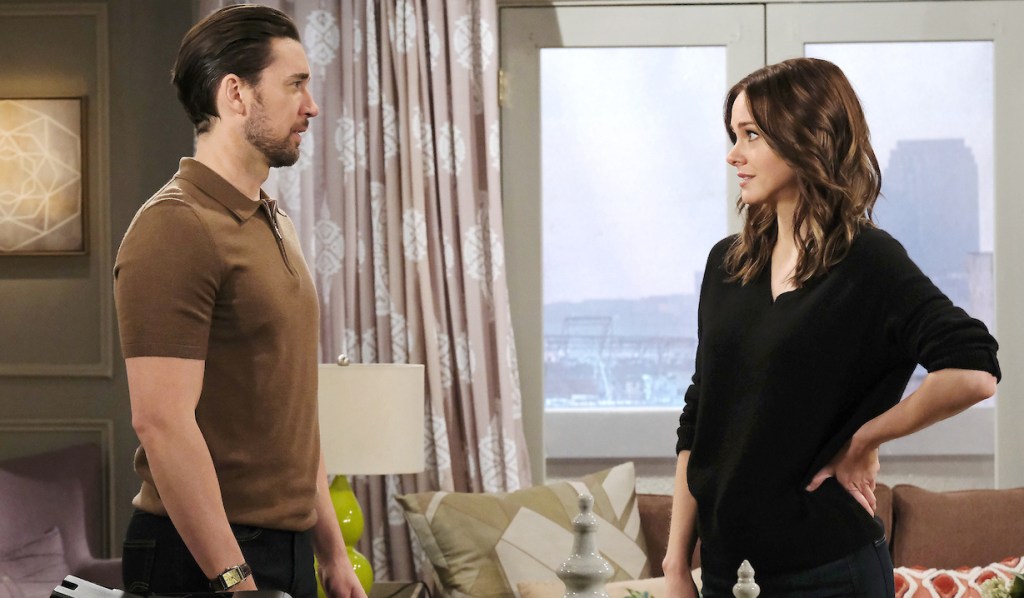 In today’s recap, EJ and Li backstab to get what they want, Johnny and Wendy team up, and Chad questions Stephanie’s feelings.

Paulina isn’t the only one who’s distressed about the fact her secret could come to light. Chanel, too, is freaked out by the possibility!

Will Li and EJ be able to strike a deal, or will they realize that at the end of the day, neither can trust the other?

Alex is none too pleased with Stephanie and Chad. But what is he calling them out about?

Days of Our Lives spoilers for Thursday, October 13: 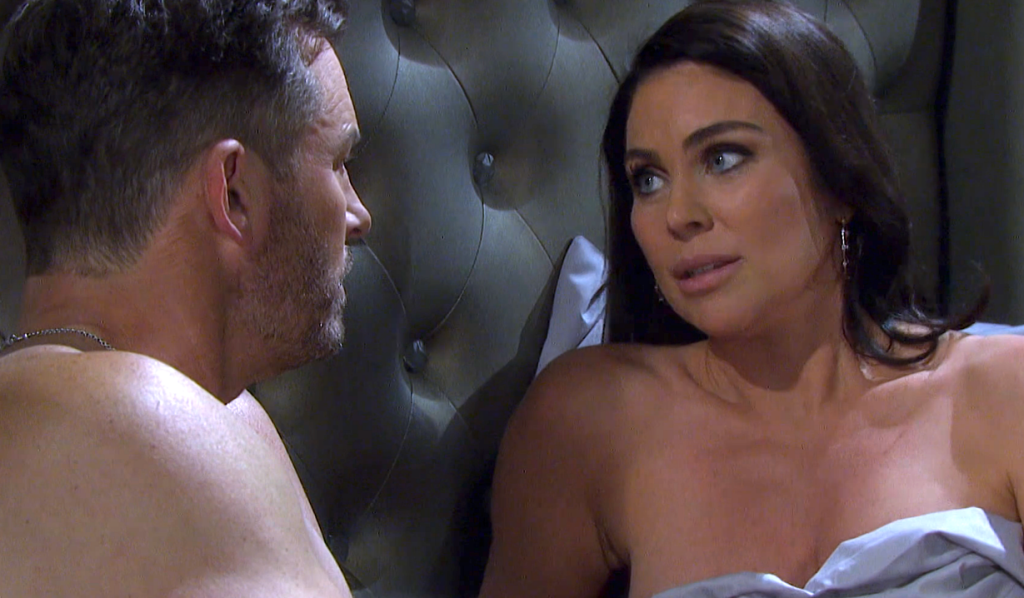 In today’s recap, Chloe suggests she and Brady break up, Kristen hints to Brady she can save Marlena, and Roman and Kate get married.

Marlena — who knows a thing or two about death, having personally been declared dead a few times — tells John she fears the end is near… this time, for realsies!

Kristen has a plan, but here’s the thing: When even Dr. Rolf is questioning your scheme, it might need another think.

Days of Our Lives spoilers for Friday, October 14: 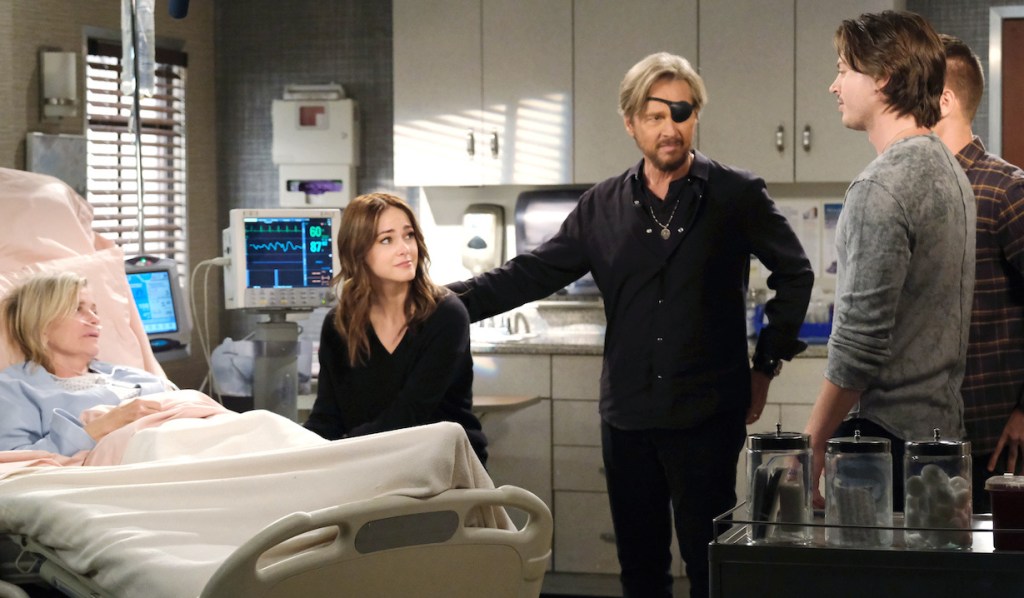 In today’s recap, Brady strikes a deal with Kristen in exchange for the cure — but John prepares to destroy it.

As their mom’s health is failing, Tripp and Joey make their way back to Salem. Given the sparks that flew between both guys and Wendy, here’s hoping that triangle will soon take center stage!

Nicole confesses that she’s still got feelings for Eric. Unfortunately, it’s not him she tells. Wonder what Chloe will do with the information? Meanwhile, as Eric deals with the traumatic situation Marlena finds herself in, Jada is there to offer him comfort.

On September 12, Days of Our Lives started airing exclusively on Peacock. To make sure you never miss an episode, click here. Please note that if you purchase something by clicking on a link within this story, we may receive a small commission of the sale.

And join us as we pay tribute to beloved soap stars we’ve lost this year in our photo gallery below. 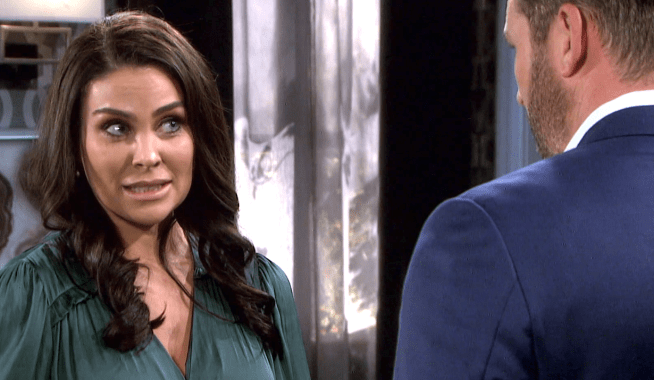 Days of Our Lives Spoilers October 3 - 14 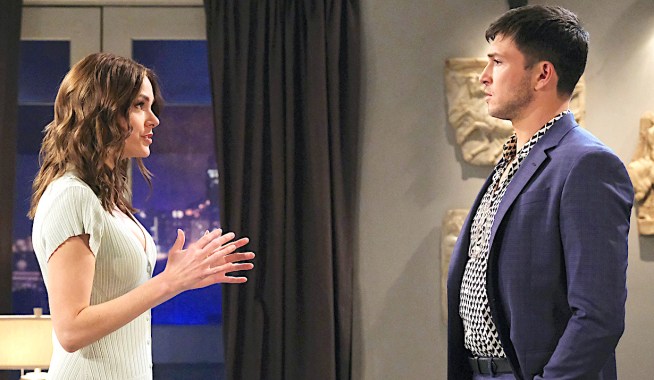