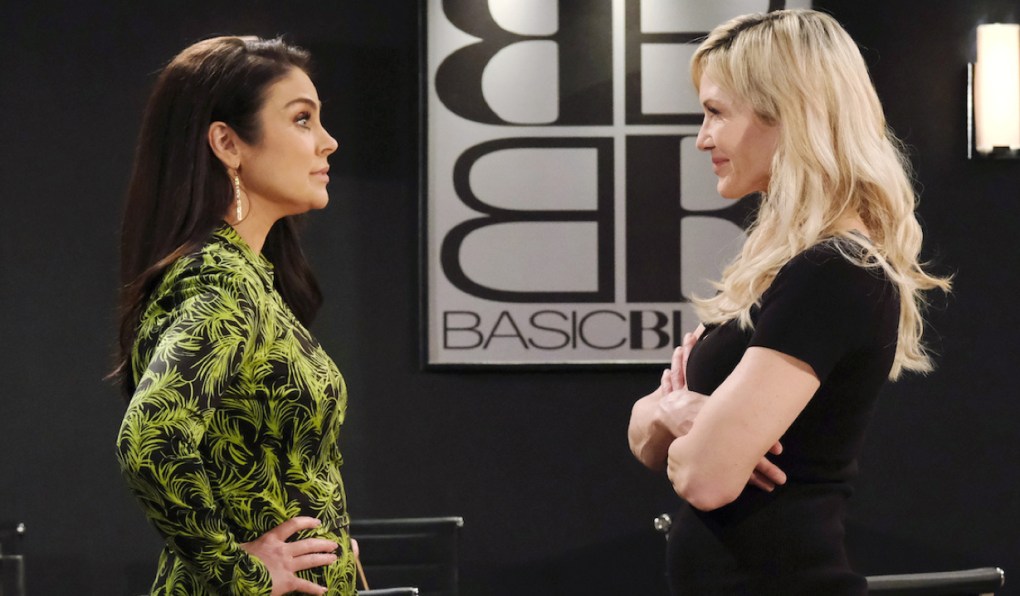 We have the latest Days of Our Lives spoilers from Monday, August 29, to Friday, September 9. EJ hopes to convince Gabi that she should tell him what he wants to know, Will rushes to his husband’s side, and people are starting to wonder exactly what’s really going on with Kristen!

Days of Our Lives spoilers week of August 29:

Days of Our Lives spoilers for Monday, August 29: 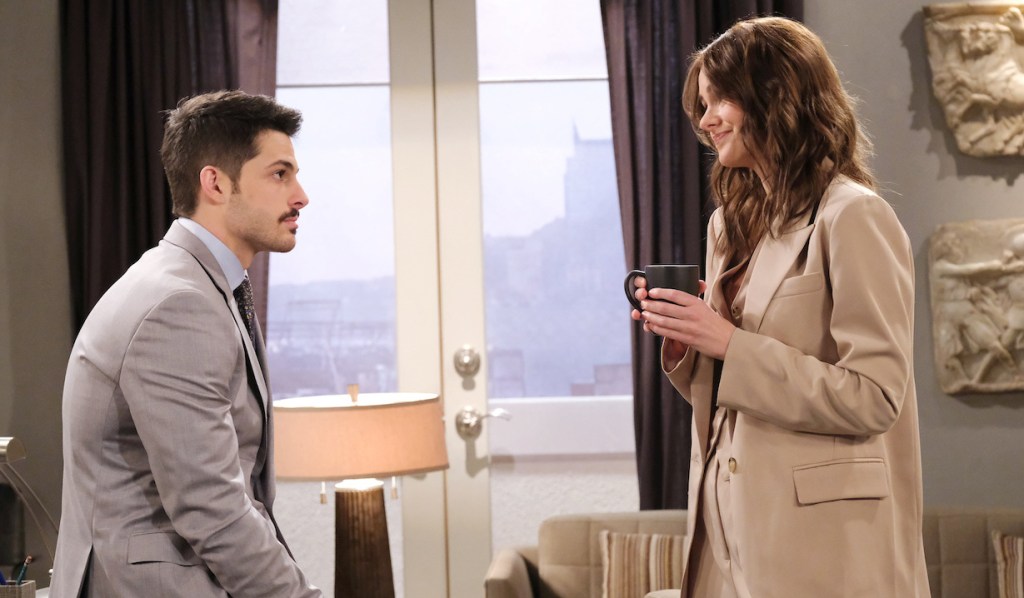 In today’s recap, Orpheus kidnaps Kate, after she makes amends with Allie. Plus, Alex is determined to win over Stephanie, who reluctantly accepts Sonny’s job offer.

With Orpheus lurking around town plotting, this shouldn’t come as a huge surprise: Marlena and Kayla are in what might best be described as a pickle. And not the delicious kind which go atop a burger, either! And as a man who isn’t afraid to go where he’s not wanted, wait until you see what event Orpheus winds up crashing!

Can a player really change his ways? Something tells us Chanel and Allie will be more than a little skeptical when Alex insists to them that he’s met the woman of his dreams. Assuming he’s talking about Stephanie, the two could quickly wind up butting heads on a professional level, especially if Sonny succeeds in convincing her to come and work for him!

Cady McClain (Jennifer) shares ‘tails’ of her lovely new look: “If you don’t like them, don’t tell me.”

Days of Our Lives spoilers for Tuesday, August 30: 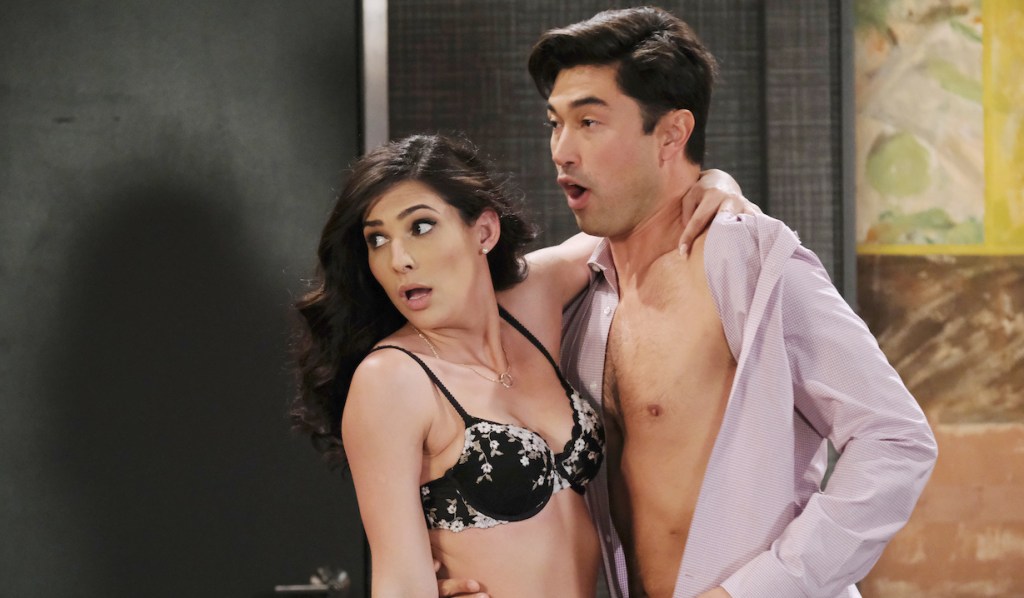 In today’s recap, EJ blindsides Ava at the shareholders’ meeting, Wei Shin walks in on Li and Gabi, and Brady fights back.

When EJ starts plotting to get rid of Ava, does he mean he wants to have her removed from the DiMera mansion or something far more permanent? (With the DiMera men, you never know!)

Gabi happens to overhear her beau making a potentially incriminating call to Dr. Rolf, who is also being kept busy by co-conspirator Kristen! Speaking of Ms. DiMera, Brady finds time to fill Chloe in on what his ex is up to now.

Arianne Zucker (Nicole) shares an all-too-relatable experience “that took a lot out of me.”

Days of Our Lives spoilers for Wednesday, August 31: 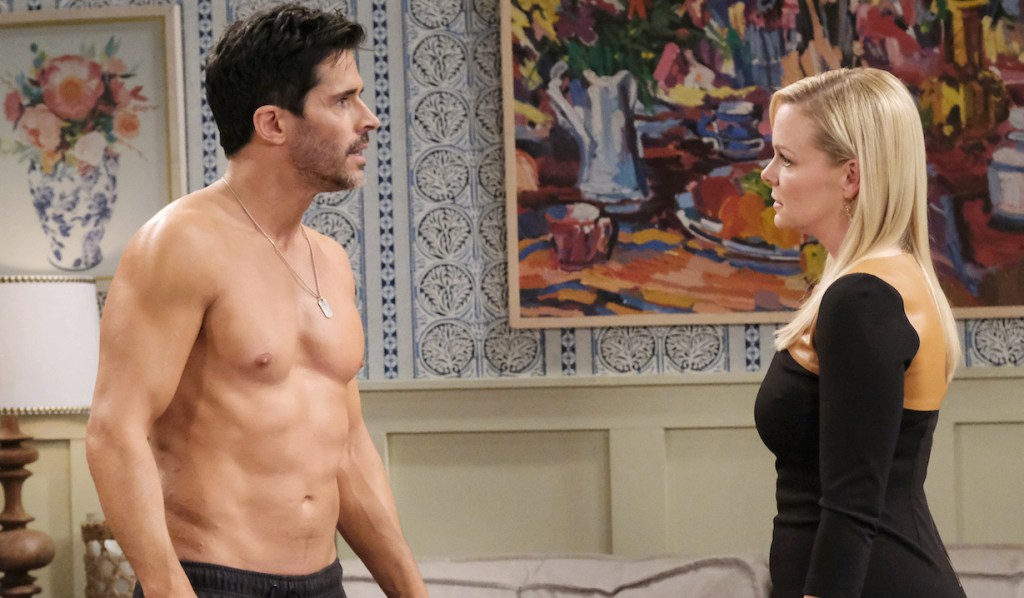 The soap will definitely turn big business into our viewing pleasure when EJ turns the DiMera shareholders’ meeting upside down! At the same time, EJ proves he doesn’t even have to be present to create drama as Shawn and Belle realize that the guy is still an issue for them.

They grow up so quickly! It seems like just yesterday that Rachel was in diapers, and yet today she’s taking Chloe to task! Will Brady’s daughter be what derails his romance with the erstwhile Ghoul Girl?

Days of Our Lives spoilers for Thursday, September 1: 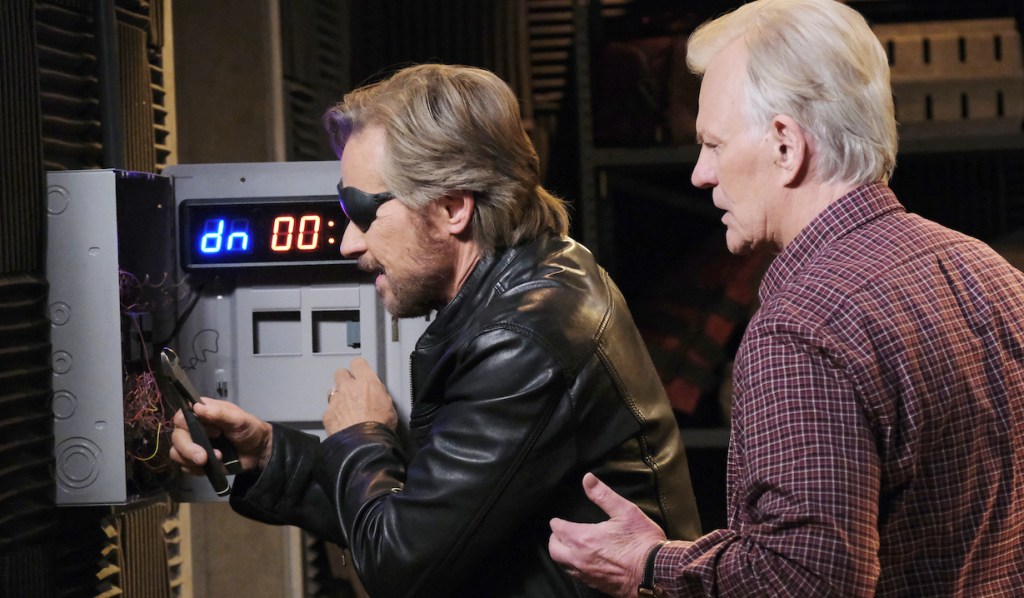 In today’s recap, Sonny is stabbed in the back, and John, Roman, and Steve must solve a series of puzzles for a successful rescue.

Is Christmas coming to Salem super early when John, Steve and Roman all receive packages? Based on what they contain — and that they come from Orpheus — we’re going to guess no!

Alex must be presenting his most charming self to Stephanie, because it seems as if he’s actually making progress.

The good news: Someone is visiting Sonny. The bad news: It’s the last person he wants to see, Leo.

Stop us if you’ve heard this one before: Gwen insists — this time to Chad — that she’s innocent.

Days of Our Lives spoilers for Friday, September 2: 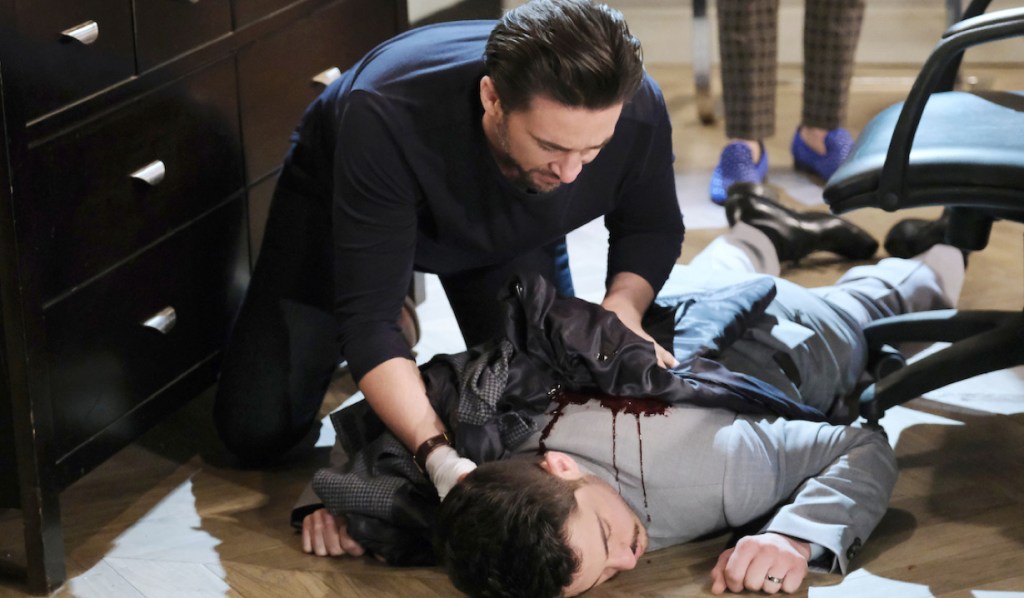 Chad — who apparently hasn’t been made to suffer quite enough yet — makes a horrifying discovery.

What devastating news will unite Justin, Bonnie and Alex?

Chloe can’t help but fear Nicole is flirting with disaster.

What’s Leo done this time to wind up in big trouble? Has he committed a new crime (whether real or against fashion), or is his past catching up with him (again)?

You may have your favorite Salem couples, now meet the Yellowstone stars and their real-life partners in our photo gallery below. 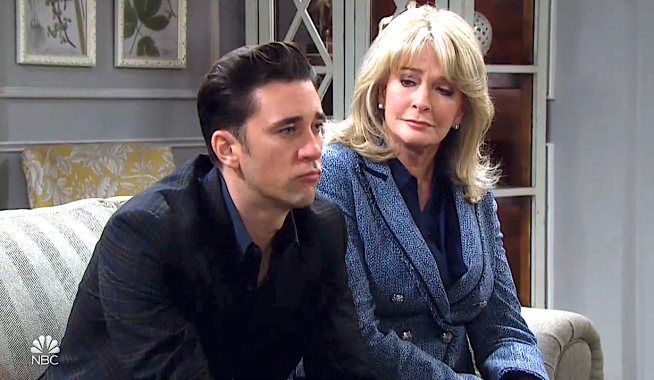 Days of Our Lives Spoilers September 5 - 16 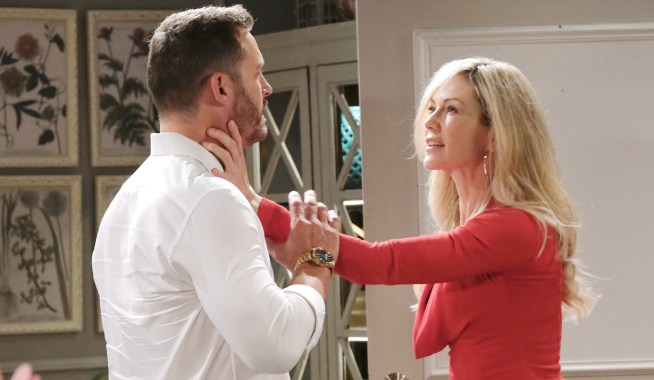