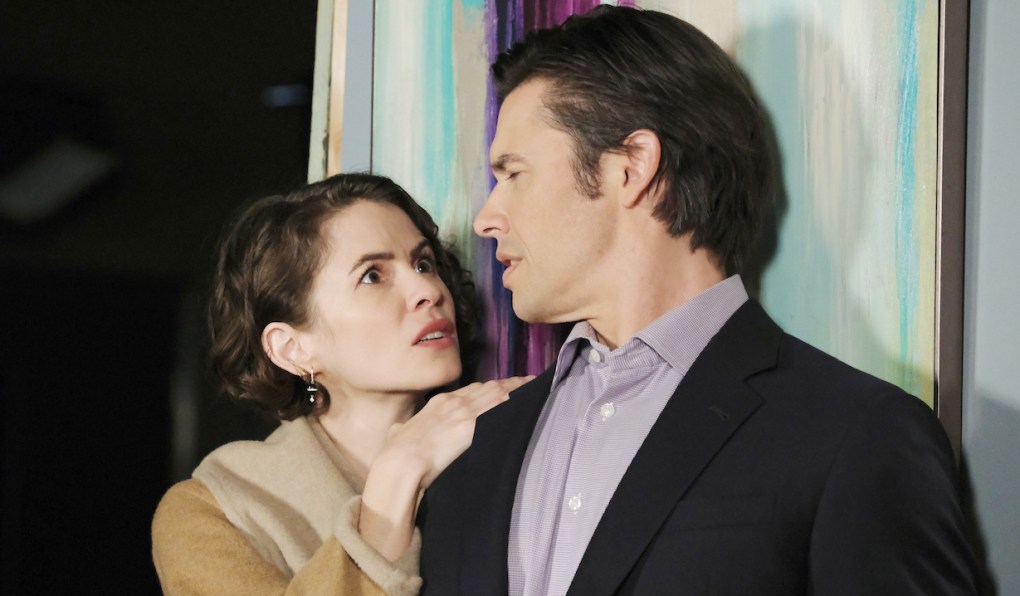 We have the latest Days of Our Lives spoilers from Monday, July 25, to Friday, August 5. Dr. Rolf is at it again, but will he be able to pull off another miracle? Meanwhile, Maggie gets a shock, Orpheus pushes his luck, Gwen tries scoring points with Xander, and the new girl in town makes a play that might ruffle a few feathers!

Days of Our Lives spoilers week of July 25:

Days of Our Lives spoilers for Monday, July 25: 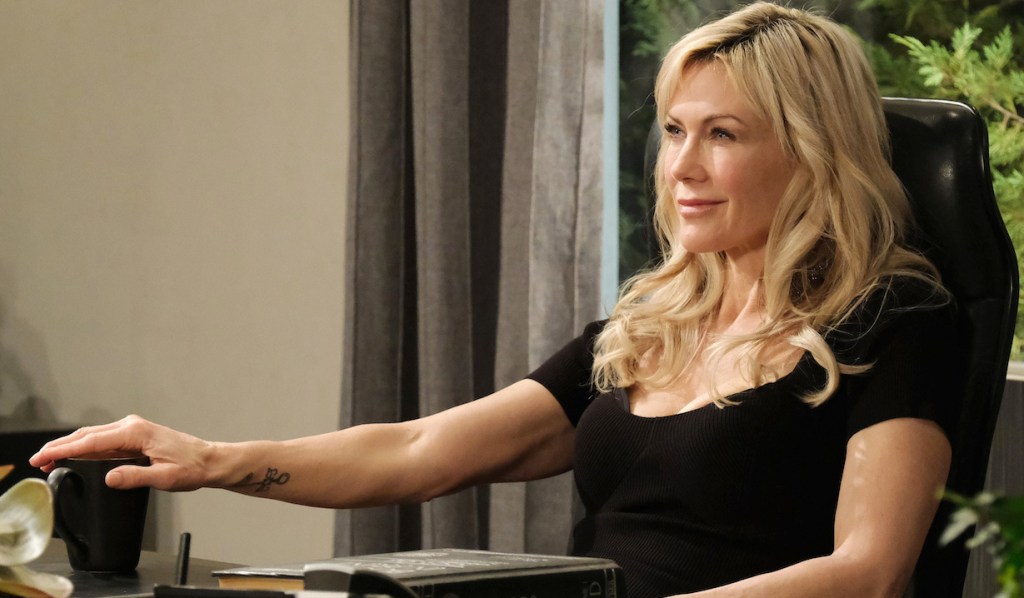 In today’s recap, Nicole is held at gunpoint, Jada and Kayla butt heads, Jake considers marriage, and Kristen has a shocking announcement for Brady and Chloe.

Given that Nicole’s married to Rafe, Eric might as well start getting to know Jada, the new woman in town, right?

Ava and Jake sit down to have a long conversation about their future.

How will Gabi react when Kristen makes a request of her? (If she’s smart, she’ll run in the opposite direction. But knowing our girl Gabi, it’s more likely that she’ll ask what’s in it for her!)

Emily O’Brien (Gwen) drops a wedding video that makes us really believe her when she says, “We will always keep dancing.”

Days of Our Lives spoilers for Tuesday, July 26:

In today’s recap, just as Jake and Ava get engaged, the would-be thief fires a gun at Jake, Sarah pulls a knife on Gwen, and Chloe declares war on Kristen.

If Brady and Chloe thought that Kristen was out of their lives… well, they clearly don’t know the schemer! What happens that puts Kristen in a power position where the couple is concerned?

Heaven knows Eric is drawn to a woman in jeopardy, so it’s no surprise that he tries to come to the rescue of Nicole when she needs help.

Sonny crosses paths with a familiar face. (And we’re pretty sure viewers will be very happy to see said face… )

Days of Our Lives spoilers for Wednesday, July 27: 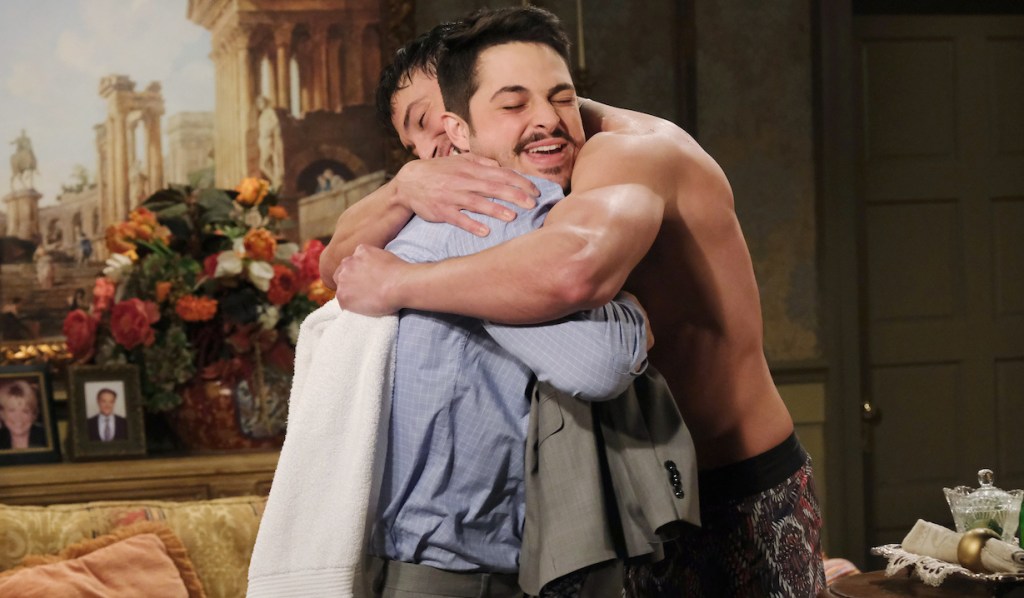 In today’s recap, Jake dies after getting shot, and Alexander Kiriakis makes himself at home at the Kiriakis mansion.

Jade is clearly shaken up by what’s gone down. And remember how just yesterday we discussed Eric’s hero complex? Well, sure enough, he’s there to offer Jada comfort!

Steve and Justin cross paths with Orpheus… and you can be pretty sure things won’t be chummy!

Days of Our Lives spoilers for Thursday, July 28: 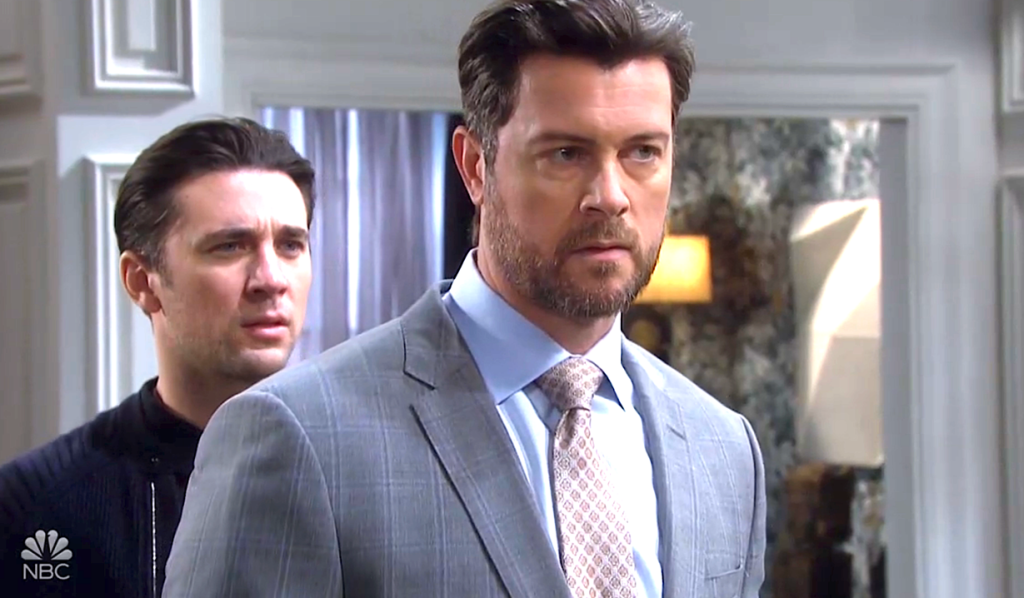 Ava finds herself trying to comprehend a horrific and devastating bit of news.

Perhaps Gabi’s a fan of Big Brother, because today she proposes to someone that they form an alliance that no one would expect!

Chad backs EJ into a corner by presenting him with an ultimatum. (Ah, you have to love DiMera family dynamics!)

“Should we?” Scouting around for a romantic wedding venue left Days of Our Lives co-stars “thinking… hmm.”

Days of Our Lives spoilers for Friday, July 29: 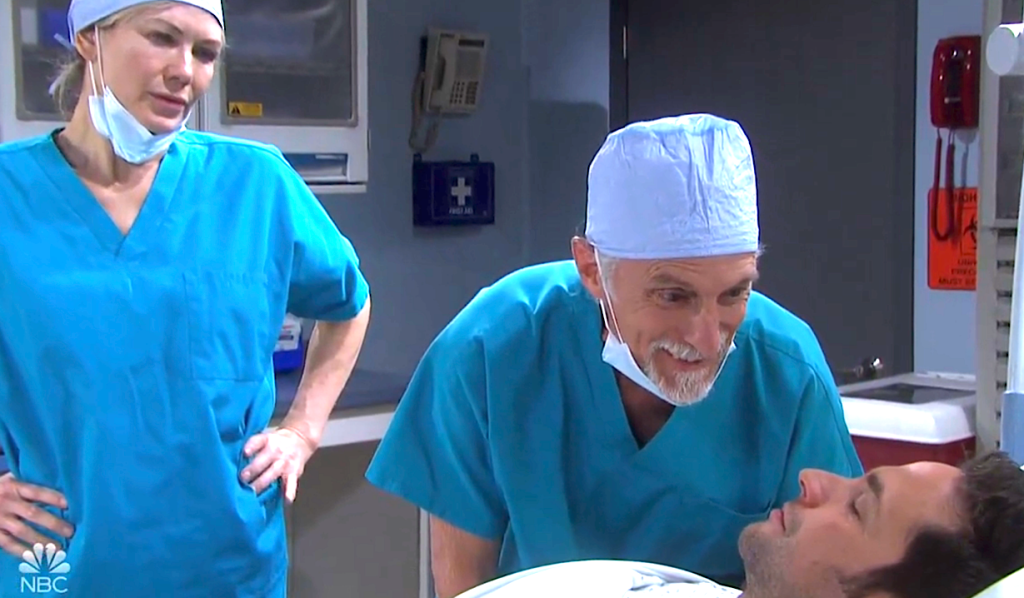 In today’s recap, Kristen and Rolf steal Jake’s body, while Ava goes along with Gabi’s plan against EJ.

Even as the DiMera family is rocked by yet another tragedy, EJ looks for a way in which to take advantage of the situation.

Who will win Chanel’s heart? Today, Johnny and Allie will get the answer, which means one will be lucky in love and the other will be heartbroken!

Roman dumped Kate for having kept quiet about Lucas kidnapping Sami. When Paulina offers Roman advice, will she say he did the right thing… or prove to be a big supporter of forgiving the people you love?

Sonny is there for Chad as he deals with yet another loss.

Watch Stephen Nichols welcome another former co-star back to Salem!

Well, this surely put a damper on things — for a month, no less! Paul Telfer is ‘finally back’ after a lockout he never expected.

And don’t miss our gallery below filled with then-and-now photos of Days of Our Lives alums.

Days of Our Lives Spoilers August 1 - 12 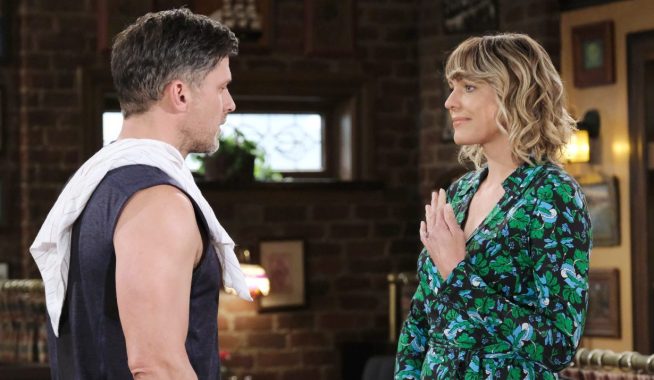