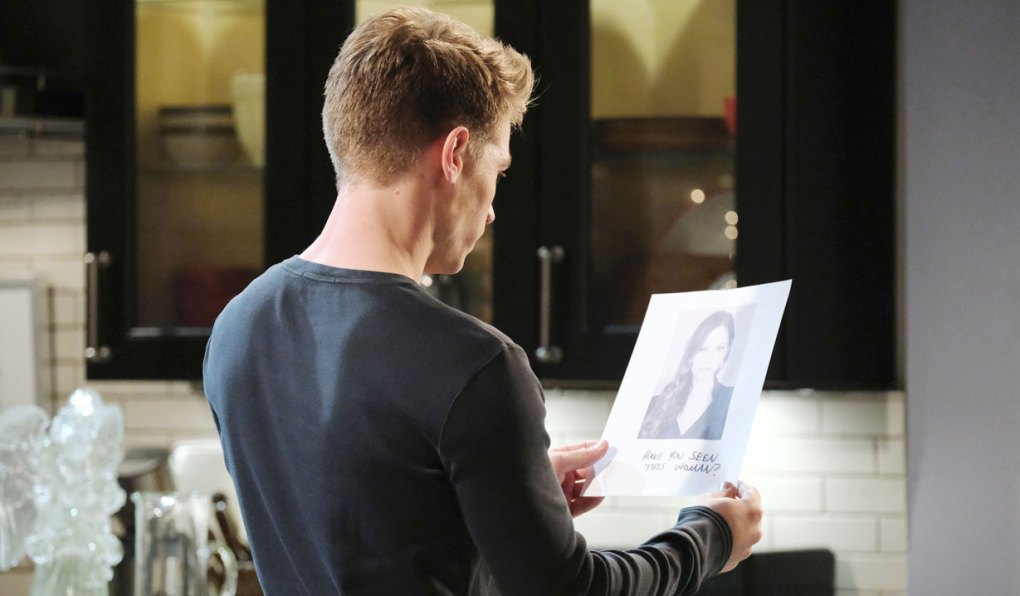 We have the latest Days of Our Lives spoilers two weeks ahead from Monday, December 28 to Friday, January 8. One woman shares a stunning revelation, while another catches sight of something unexpected. Plus, baby names are revealed and someone is caught in a trap.

Look back with our Days of Our Lives 2020 Year in Review featuring romance, returns, a few goodbyes and crazy twists!

Days of Our Lives spoilers week of December 28:

Get all the details on Sami and Gabi’s returns, Charlie’s downfall and Gwen’s secret in our exclusive 2021 preview, straight from headwriter Ron Carlivati.

In the weekly Days Spoiler Video, Jack and Abigail are tipped off that Gwen is obsessed with their family. Plus, New Year’s Eve brings trouble, kisses and reunions.

Days of Our Lives spoilers for Monday, December 28: 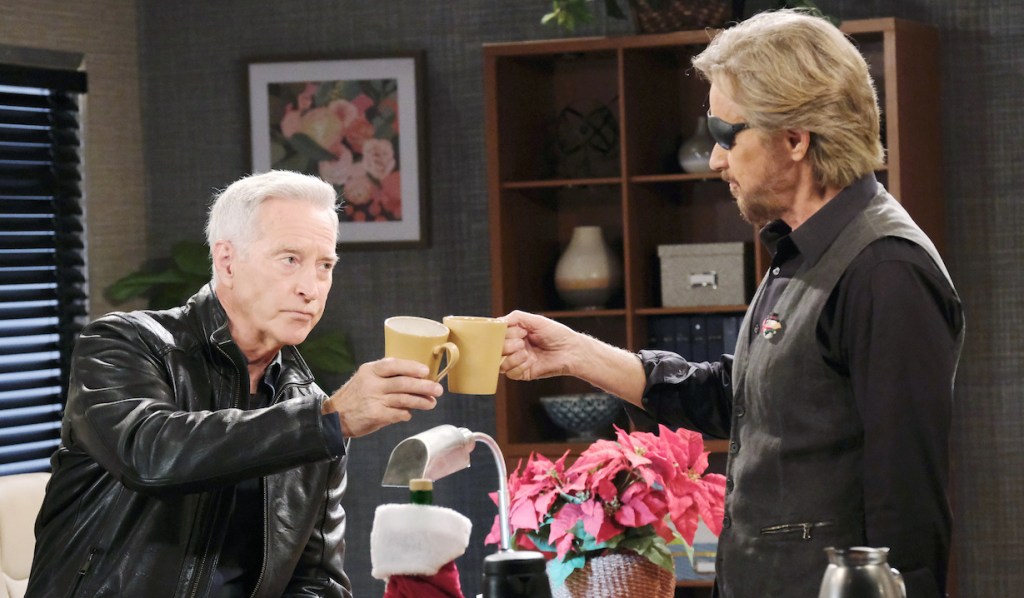 In Monday’s Days recap, Lucas can’t hide his pride over Allie almost shooting Tripp, John agrees to work with Steve, and Ava wonders what Charlie’s going to do with her.

Charlie’s trying to keep several secrets from coming to light, so it’s not going to be ideal when Claire catches him at a rather inopportune moment. Meanwhile, trouble could be heading his way now that Steve and John have patched up their differences and are working toward uncovering the truth!

Things get incredibly tense when Will and Kate cross paths with Tripp.

Marlena and Allie are about to be on the receiving end of a confession from Lucas, so they might want to brace themselves!

Days of Our Lives alum shares disturbing video of verbal and physical attack Christmas Eve that left her injured.

Days of Our Lives spoilers for Tuesday, December 29: 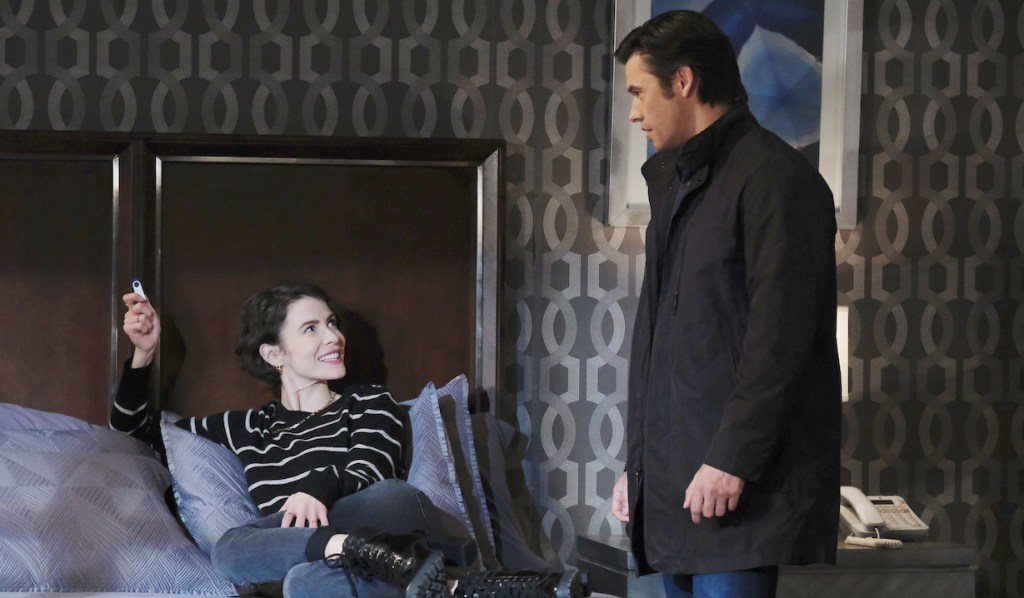 In Tuesday’s Days recap, Abigail confronts Jake about sleeping with Kate, Brady asks Chloe to the New Year’s Eve party, and Sarah gets what she needs from Philip.

How will Jennifer react when Abigail shares with her a downright stunning revelation?

Sarah tries yet again to get the goods on Philip. Just how far is she willing to go with this potentially dangerous game in order to help her beau? Meanwhile, Xander finds himself in the position of offering relationship advice to Jack. (First Charlie and now Jack… if Xander’s not careful, he could wind up writing a Dear Abby-style column for the paper.)

Chloe proves she knows how to make an entrance when she arrives at the New Year’s Eve party with an ex on her arm. Of course, the question is… which ex?

Days of Our Lives spoilers for Wednesday, December 30: 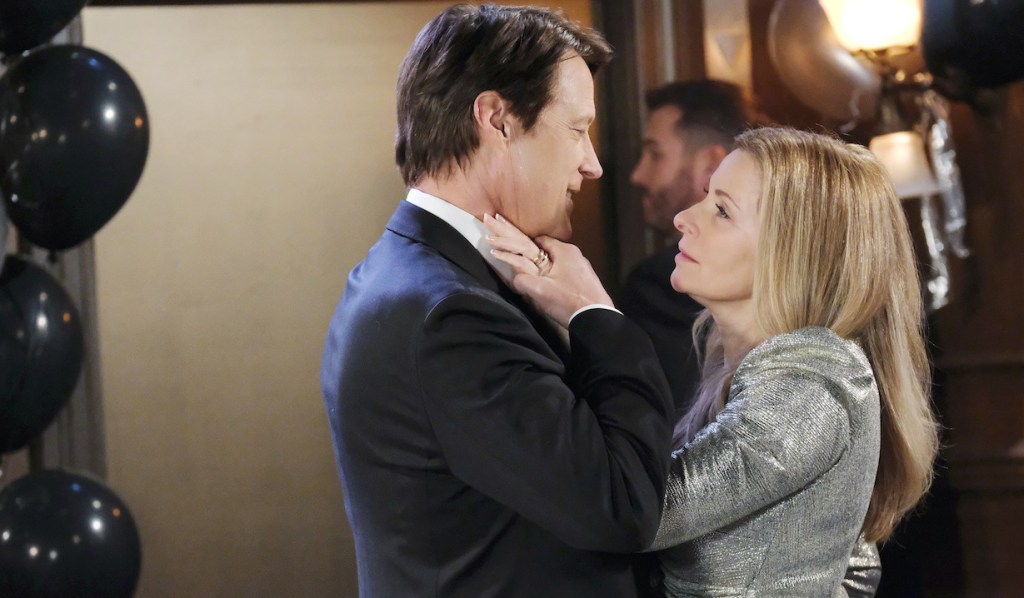 In Wednesday’s Days recap, a drunk Chad kisses Gwen, Jack and Jennifer reunite, and Brady and Chloe ring in the New Year together.

New Year’s Eve kicks off a bit early in Salem. Like the rest of us, Jennifer is ready to put 2020 in the past and move into the future. Unfortunately, 2020’s not quite done messing with her as evidenced when she arrives at Julie’s Place to find Jack with — who else? — Kate.

Gwen prepares to turn yet another party on its head as her latest schemes come together. But how will the confession Jake makes to Abigail impact the situation?

Philip may find it tough to keep his little green monster in check when he sees Chloe with her date to the party.

Will and Sonny find a way to connect before the clock strikes midnight.

Keep an eye out, as General Hospital star Jon Lindstrom appears on Days of Our Lives.

Days of Our Lives spoilers for Thursday, December 31: 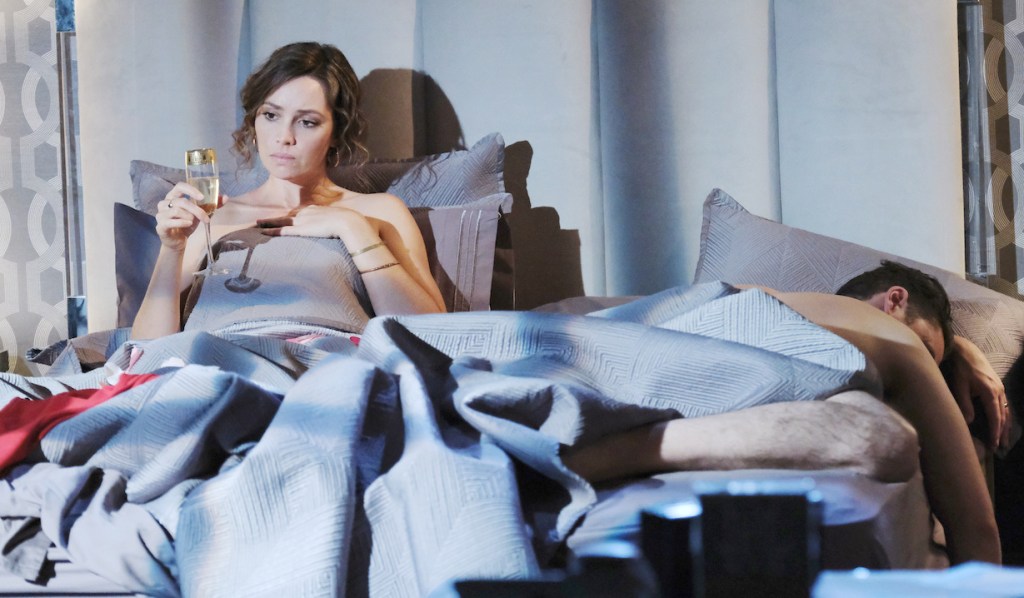 In Thursday’s Days recap, Gwen and Chad have sex, Anna and Abigail find newspaper clippings about the Deveraux family in Gwen’s room, and Jake walks away from Kate.

Gwen’s been doing everything in her power to destroy Abigail’s world in order to further her own secret agenda. Looks like today, she’ll make major progress as Chad finds himself lured into the Brit beauty’s trap! But at the same time, Anna and Abigail’s snooping in Gwen’s bedroom yields some pretty incriminating evidence.

Philip’s secret is about to be discovered. But what will Chloe do with what she learns?

Will Jake and Kate wind up kicking off 2021 as former lovers following a spat? Meanwhile, it looks as if Jack and Jennifer might actually have figured out a way to get past their recent issues.

Keep an eye out for Ava’s cousin back in Salem in 2021 when Angelo Tiffe returns to Days.

Days of Our Lives spoilers for Friday, January 1: 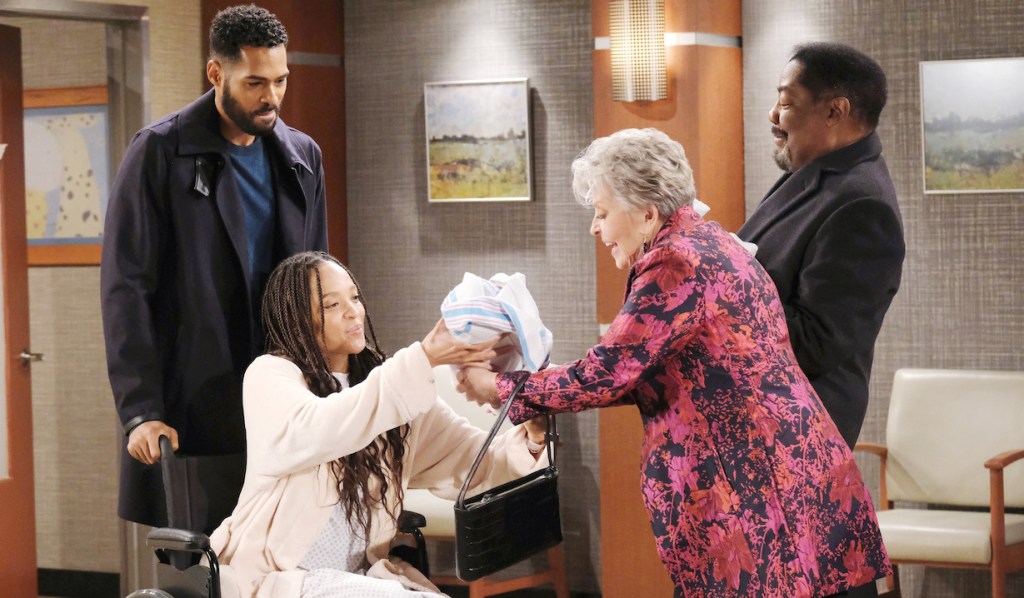 Jennifer may finally realize that she’s been wrong about her estranged husband when Kate confides to her that it’s Jake, not Jack, she’s been involved with.

Anna has had her eye on Gwen for a while now, and she shares her suspicions with Jack. Meanwhile, Abigail searches for her missing spouse after Chad goes AWOL.

Eli and Lani have thought long and hard about the name of their newborn twins. Tune in today to find out what they settle on.

Take a look back at the soap that NBC cancelled rather than just give it a new time slot.

Days of Our Lives Spoilers December...

Days of Our Lives Spoilers January 4...