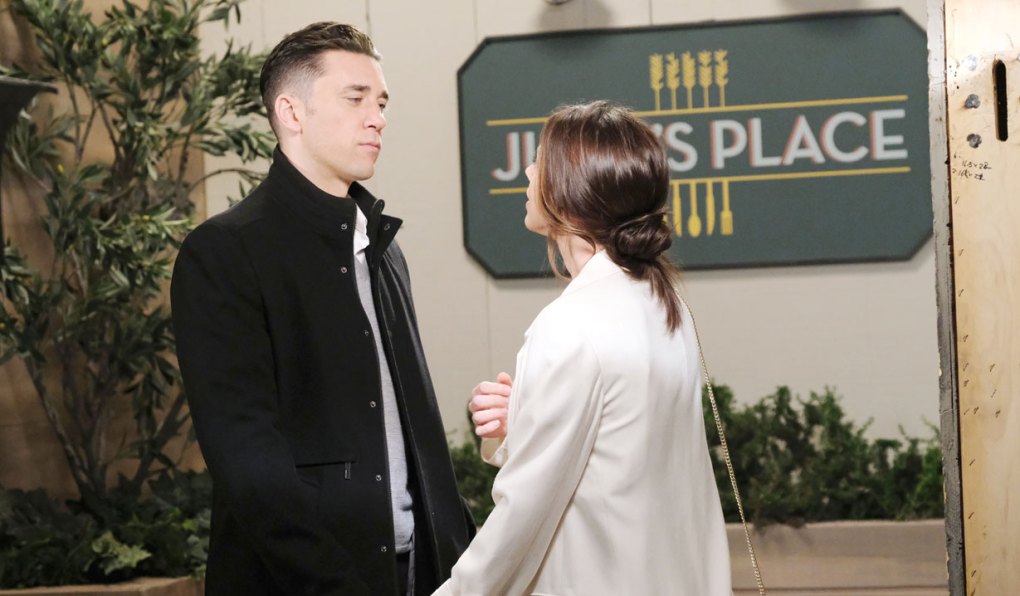 Soaps.com has the latest Days of our Lives spoilers two weeks ahead. John and Marlena come to a conclusion regarding Stefano, as Gabi sends Eli on a wild goose chase in order to stop Chad in his tracks. While Ciara goes to great lengths to uncover Xander’s secret, Xander receives news from Sarah about Eric and a shared custody agreement. Plus, Ben fights for Will, as Lani is faced with a blast from the past…

Friday’s Deconstructing DOOL: Viewers’ patience tested during time jump, feeling curiosity and an overabundance of impatience to find out what happened in this past year in Salem.

Days of our Lives spoilers for the week of December 2:

What’s coming? Days spoiler video on Stefano & Gina drinking to his resurrection and Marlena and John pondering the phoenix’s return.

Days of our Lives spoilers for Monday December 2: 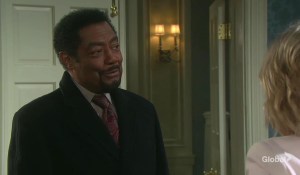 In Monday’s Days recap, Ben saves Will from Clyde, Kayla asks Justin to move in with her, and Abe offers to call Celeste for John and Marlena.

John and Marlena suspect Stefano is the one who reached out to her.

Justin and Kayla discuss taking a huge step in their relationship.

Ciara updates Ben on her investigation.

In the first Last Blast Reunion recap, Belle and Chloe plan a reunion after running into Kevin and are shocked when Philip shows up.

Find out who is returning to Days in the Soaps.com comings and comings roundup.

Days of our Lives spoilers for Tuesday December 3: 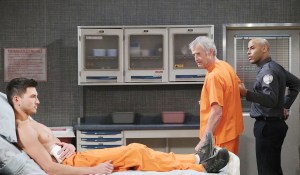 In Tuesday’s Days recap, Ben rats out Clyde after getting stabbed by his father, Eric talks custody with Sarah, and Rafe gives Evan advice.

Ben tries to stop Clyde from hurting Will.

Ciara breaks into Xander’s metal box to uncover his secret.

Nicole urges Eric to forgive her.

Evan pulls Sonny into a kiss!

View 10 photos, which include Days stars at 2019 Hollywood Christmas Parade.

Days of our Lives spoilers for Wednesday December 4: 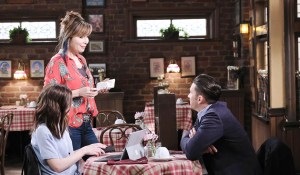 In Wednesday’s Days recap, JJ pops pills after Kristen calls Jennifer, Eli protests to much about being over Lani, and Kate waits tables at Brady Pub.

Gabi sends Eli off to Rome to thwart Chad.

Lani reveals to Abe she’s made a commitment to someone.

Days of our Lives spoilers for Thursday December 5: 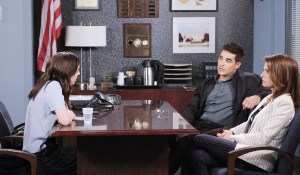 In Thursday’s Days recap, Sarah kisses Xander after he agrees to Eric’s terms, Jennifer gasps after flashing back to the night she was pushed, and Kate speaks her mind.

Sarah tells Xander that Eric is willing to share custody… but on one condition.

Kyle Lowdwer and Jen Lilley join soap stars ringing in the holidays with the Salvation Army.

Days poll: Love it? Hate it? Still processing? Tell us your thoughts on the Stefano reveal.

In the latest Last Blast Reunion recap, Shawn arrives to find Belle hugging Philip, and the crew reminisces as someone lurks outside.

Days of our Lives spoilers for Friday December 6: 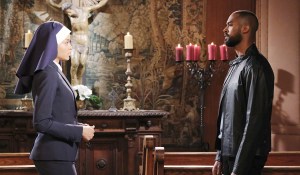 In Friday’s Days recap, a stunned Eli sees Lani, JJ pulls a gun on Kristen, and Mickey is rushed to the hospital.

Lani is stunned when she comes face-to-face with someone from Salem.

Gabi and Chad go head-to-head for control over DiMera.

Marlena tells Eric that Mickey has a fever.

Watch a clip of soap opera alum Rick Hearst on Ambitions, as he plays someone from Stephanie and Evan’s past.

Watch Days alum Darin Brooks on Entertainment Tonight, along with his wife and baby daughter.

Days of our Lives fall casting:

Photo! Though we might not be seeing Philip Kiriakis back in Salem, he’ll turn up on the latest Days of our Lives digital series Last Blast Reunion with Jay Kenneth Johnson spotted at the Days studio.