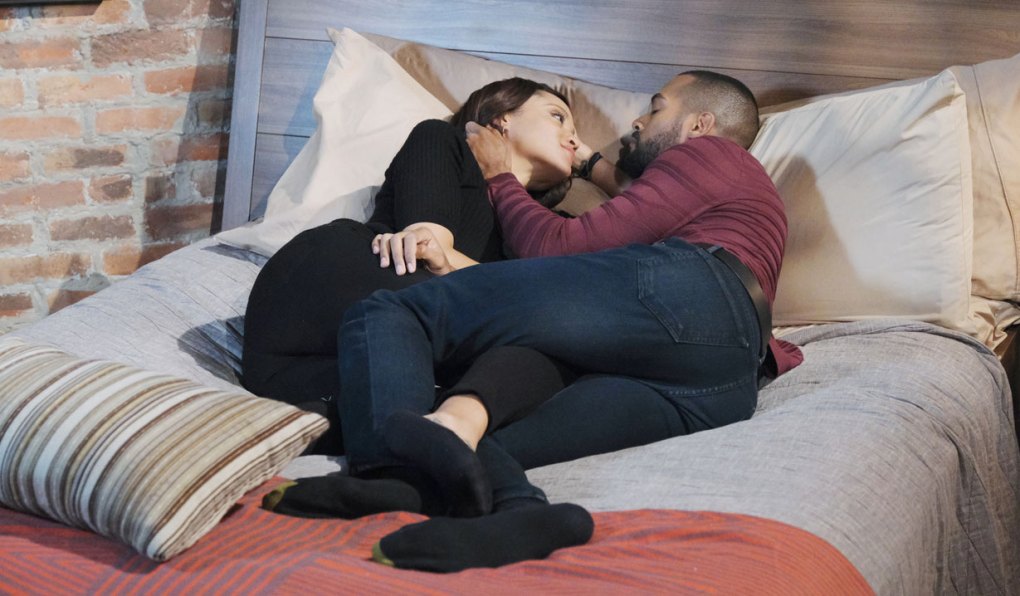 Soaps.com has the latest Days of our Lives spoilers two weeks ahead. Brady is fighting his romantic feelings for Kristen and when she suffers a crisis, he’s there for the mother of his child. Jordan comes up with a way to rid Salem of one person, while Gabi vows to get revenge for Stefan’s death. Plus, two people make separate marriage proposals to the women they love…

Days of our Lives spoilers for the week of October 21:

As some may know from reading our past spoilers, Princess Gina is returning to Days with Kristian Alfonso portraying her once again.

In the latest Deconstructing DOOL, wishing for more friendships in Salem, marveling at Ciara’s fast-tracked career, impressed by the widow DiMera and wanting to steal a page from The Bold and the Beautiful.

Days of our Lives spoilers for Monday October 21:

In Monday’s Days recap, Eve refuses to sign divorce papers when Jack hands them over, 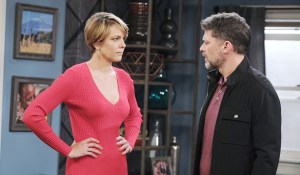 Jennifer tries to find out what’s on Rolf’s flash drive, and Brady and Kristen wind up at the hospital.

Xander asks Sarah for a favor in return for keeping her secret.

Days of our Lives spoilers for Tuesday October 22: 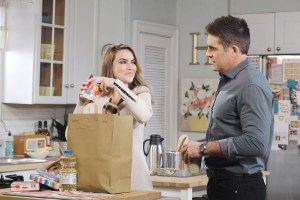 In Tuesday’s Days recap, Jordan shuts Rafe down when he brings up David’s father, Roman is surprised by Hope’s British accent and champagne drinking, and Jack finds Rolf manhandling Jennifer.

Flashing back: Getting to know Princess Gina Von Amberg as Hope turns into Gina.

Jordan cooks up a deadly plan.

Sad news… The actor who originated Mickey Horton on Days of our Lives, John Clarke has passed away.

Days of our Lives spoilers for Wednesday October 23: 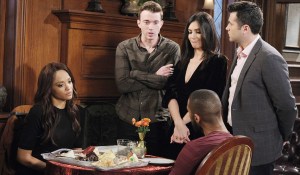 Eli and Lani plan their wedding while Gabi plots to end their happiness.

Brady receives the results of the paternity test.

In the latest Chad & Abby in Paris recap, Abby punches Juliette when she finds Chad in the Parisian’s bed.

Photo! Could we be seeing Philip Kiriakis back in Salem? Jay Kenneth Johnson was spotted at the Days studio.

Days of our Lives spoilers for Thursday October 24: 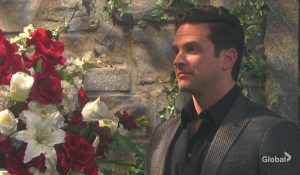 In Thursday’s Days recap, Kristen is thrilled to wake up in Brady’s arms, Arianna gives gives David the poisoned cupcake, and Gabi sees Stefan at his funeral.

On the day of Stefan’s funeral, Gabi vows to avenge his death.

Jack asks Jennifer to marry him!

Ben and Ciara arrive for David’s birthday party, unaware of what Jordan has in store.

Days of our Lives spoilers for Friday October 25:

Gabi lowers the boom on Lani.

Eli and Julie have a heart-to-heart.

Rolf completes his plot against Hope.

Now that Eve is done with Jack, what would you like to see her do next? Tell us by voting in our Days poll. 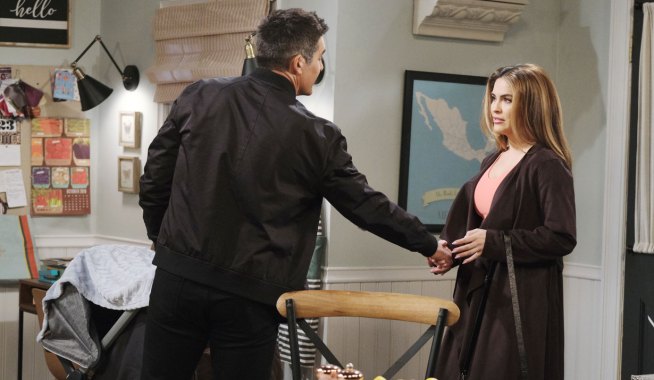 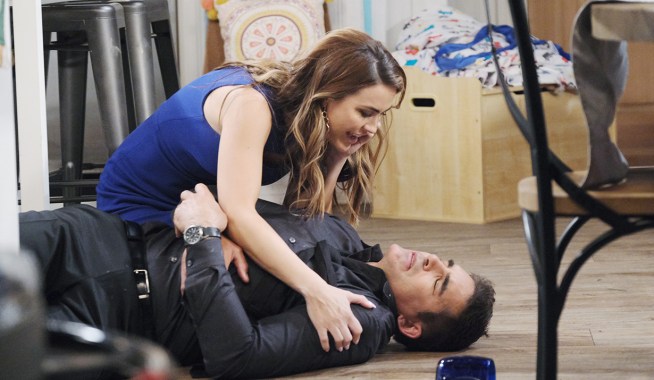