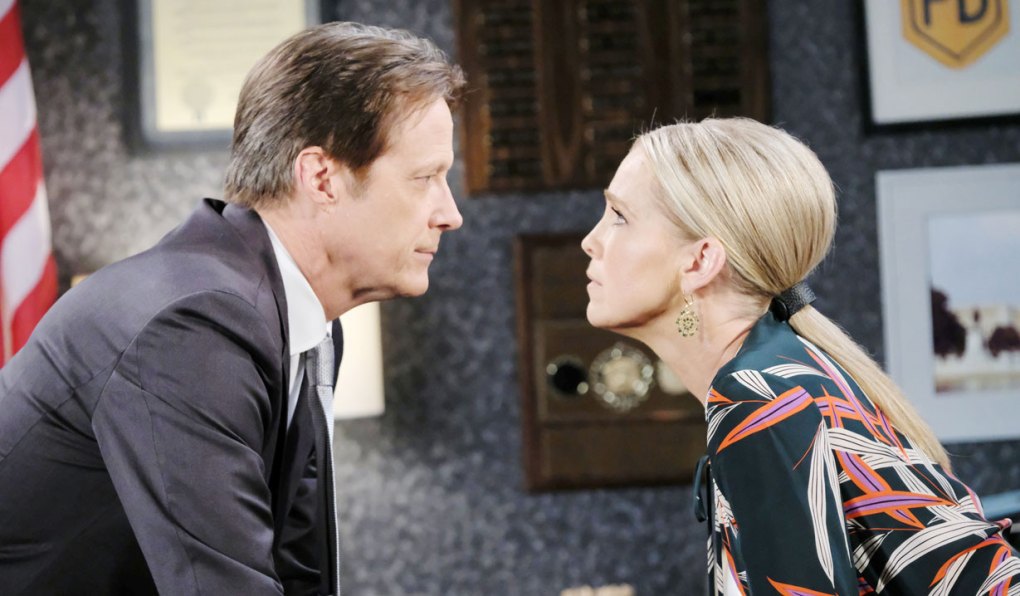 Soaps.com has the latest Days of our Lives spoilers two weeks ahead. The wait is over and the person pulling Xander’s strings is finally revealed – as is a huge secret. While Jack makes a shocking move as Salem’s new mayor, Rafe listens to Lani’s confession – and Maggie falls victim to her demons. Plus, Chloe gets more than she bargained for when she stumbles upon Stefan and Gabi in the sack…

Days of our Lives spoilers for the week of May 20:

In the latest Deconstructing Days, loving Hope’s indifference to getting fired, Melinda and Haley have no one to blame but themselves, and pondering if Nicole has been brainwashed or if she’s actually Kristen.

In the weekly Days spoiler video, Eve is Salem’s new Police Commissioner and plans to do things her way.

In this week’s Soaps Spoiler Digest, lashing out & running for cover, we have new spoilers for all four soaps including Bold and the Beautiful, Days of our Lives, General Hospital and Young and the Restless.

Days of our Lives spoilers for Monday May 20: 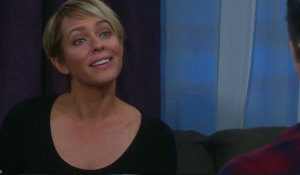 In Monday’s Days recap, Will blames Marlena for his medical issues but then doesn’t remember doing it, while Nicole and Xander laugh over hurting Eric, and Kate sees Xander leaving Nicole’s room.

Maggie comes in on Kate and Victor in a close moment and demands an explanation.

Will lashes out at Marlena.

Days of our Lives spoilers for Tuesday May 21: 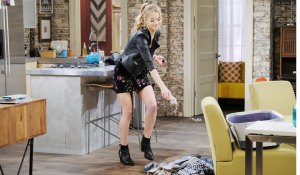 Jack makes a surprising move with his first appointment as mayor.

Claire blames Eve for Tripp breaking up with her.

Ben has a tense run-in with Eve.

JJ and Haley enlist Tripp’s help to evade the authorities.

Days of our Lives spoilers for Wednesday May 22: 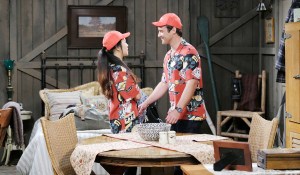 In Wednesday’s Days recap, Hope handcuffs Tripp, but lets him go after getting fired by text, Eve vows to use her newfound power to take Ben down, and JJ and Haley try to “blend” in Canada. Photo gallery included!

Exclusive! Shawn Christian interviewed on inspiring Hallmark’s Love in the Sun in addition to playing a part in it and working with his daughter on the Ruby Herring series.

Lani makes a confession to Rafe.

Eve sets out to punish Ben.

JJ and Haley grow closer while taking refuge at the Horton cabin.

Are you loving or hating her? Vote in our Days poll about the new Nicole.

Days of our Lives spoilers for Thursday May 23:

Maggie gives in to temptation. 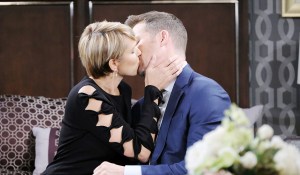 After Holly’s funeral, Nicole lashes out at Eric, Sarah, and Maggie.

Read 25 things to know about Days’ Doug and Julie to celebrate their 25th anniversary.

Days of our Lives spoilers for Friday May 24: 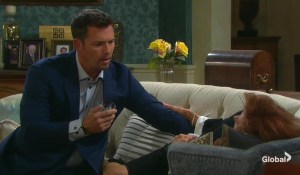 In Friday’s Days recap, Nicole pulls off a mask revealing she’s Kristen, Brady helps Maggie hide her drinking from Victor, and Chloe catches Gabi and Stefan in bed together.

Watch the Days spoiler video as Chloe discovers Gabi and Stefan in bed!

A major secret is revealed.

E! News celebrates soap operas with interviews from Bold and the Beautiful, Days of our Lives, General Hospital and Young and the Restless with stars such as Drake Hogestyn, Deidre Hall, and Kristian Alfonso with flashbacks of some of the most fun storylines.

People start noticing that Nicole’s not herself. They chalk it up to her grief.

Kristen DiMera is alive and out there as Stacy Haiduk has returned to Days of our Lives.