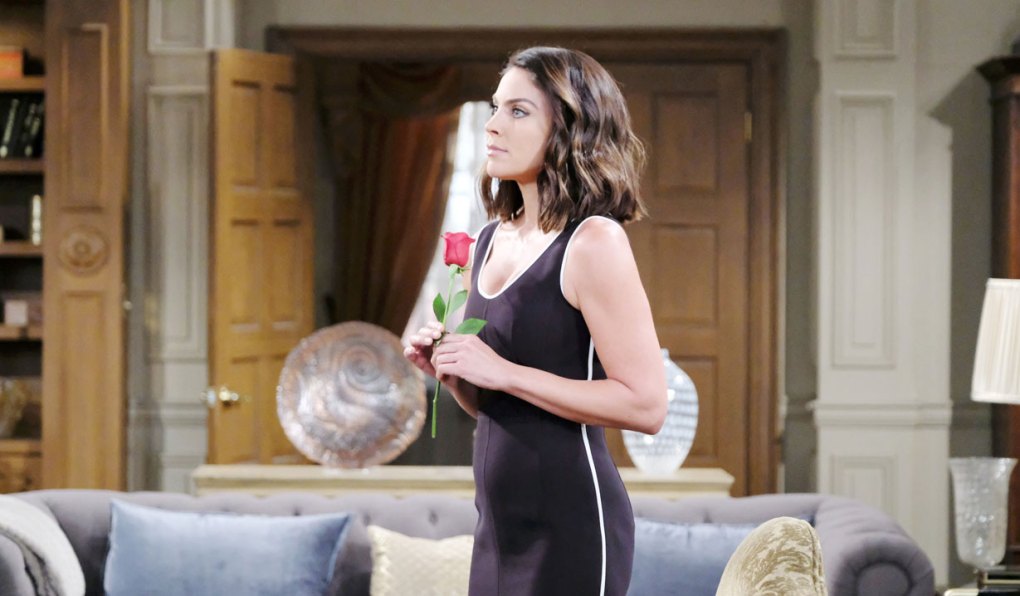 Soaps.com has the latest Days of our Lives spoilers two weeks ahead. Upset spreads throughout Salem as shocking information reaches Leo, and Eric is deceived by his own brother. Ted might have to face the mayor after Rafe delivers some news of his own to Abe. However, Rafe will end up being the one stunned after Jordan reveals a huge secret. Plus, a bit of romance is sprinkled in with a surprising kiss and a very sexy interlude.

Days of our Lives spoilers for the week of March 25:

In the latest Deconstructing DOOL, the Marlena episode entertained and surprised, while two men vied for most annoying, and Nu Stefan made an impression.

Days of our Lives spoilers for Monday March 25: 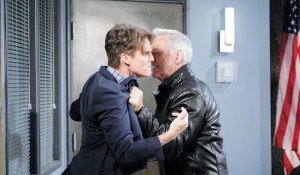 From the March 22 episode of Days of our Lives, A blooper with Lani and Eli at the SPD.

John turns the tables on Diana.

Stefan and Chloe grow closer but they are interrupted by Brady.

Days of our Lives spoilers for Tuesday March 26: 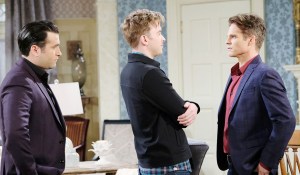 In today's Days recap, Leo curses Will who passes out shortly afterward, Stefan wants to know where he stands with Chloe, and Brady confronts Sarah.

Brady puts the screws to Eric.

Leo leaves Sonny and Will with an ominous parting shot.

Stefan confronts Chloe about her kiss with Brady.

Casting notes for Days of our Lives spring and summer dayplayer roles.

Are you enjoying nuStefan so far? Not sure yet? Tell us by voting in the Days Poll: Brandon Barash as a recast Stefan.

Days of our Lives spoilers for Wednesday March 27: 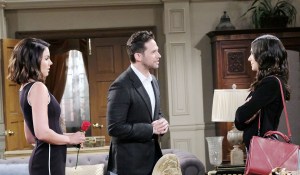 In Wednesday’s Days recap, Stefan blows up at Gabi after she kisses him, Tripp and Haley create a fictional life together, and Brady blackmails Eric.

As Haley and Tripp prepare for their upcoming nuptials, Claire turns to Eve for help to stop the wedding.

Sarah is livid when Eric tells her about Brady's ultimatum.

Will is rushed to the hospital after his collapse.

Greg Rikaart has finished taping at Days of our Lives as Leo Stark.

Days of our Lives spoilers for Thursday March 28:

In Thursday’s Days recap, Rex learns Sarah cheated on him by kissing his brother Eric, Abe’s upset with Hope, and Claire works hard to control her emotions. 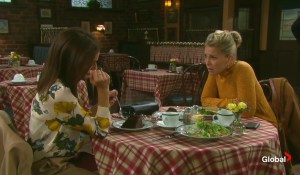 As of March 25, Judith Chapman is out as Diana Colville at Days of our Lives.

Rafe gets Ted in trouble with Abe.

Eve and Claire set a plan into motion to expose Haley.

Sarah reveals to Rex that she kissed Eric.

Hope confides in Jennifer about Ted.

Get the details on Days alum Chrishell Hartley's Lifetime thriller.

Kickstart this... Matthew Ashford’s The Castle is a new historical horror film.

Days of our Lives spoilers for Friday March 29:

In Friday's Days of our Lives recap, Jordan confesses she has a baby, JJ wonders if Claire set the fire, and Jack has second thoughts about the scheme.

Take a peek at Greg Rikaart's interview on his best Days scenes, and working with Judith Chapman again after their time as mother and son on Young and the Restless.

Check out Friday's super ranty Deconstructing DOOL on Salem's lying blackmailers & homicidal maniacs. Discussions include wishy-washy Sarah, the buffoons of the immigration storyline, CIN being too domestic and Pepe Laurent...

Exclusive! Interview: Victoria Konefal on her Daytime Emmy Submission, her BFF Olivia Keegan and what they did after learning they were nominated for Daytime Emmys, and what her thoughts are on her red carpet look.

Ciara and Ben share a sexy moment as she takes care of him.

JJ starts to have questions about the fire Jordan supposedly started at the cabin last year.

Claire secretly records Tripp’s admission that his impending marriage to Hailey is fake.

Don’t miss Hallmark's A Brush With Love this weekend.

Soap alums in the news feature a Grey's Anatomy role, a new mini-series, a prequel to a popular show and baby news.

In an interview Greg Rikaart shares his favorite scene on Days, and whether he'd return to the soap.

Days of our Lives Spoilers March 18...

Posted 22 mins ago
Posted on: Deadline