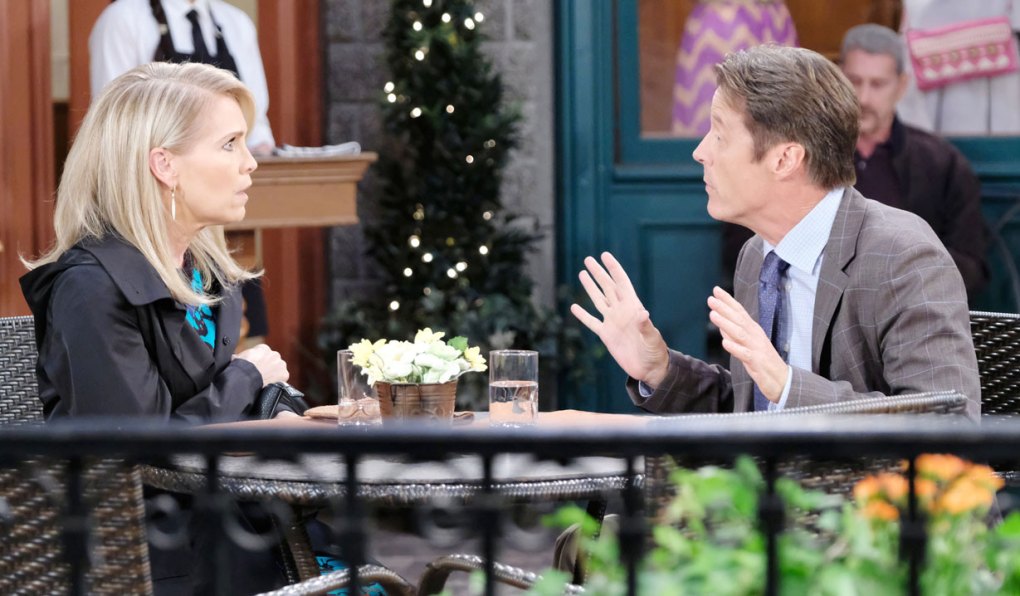 Soaps.com has the latest Days of our Lives spoilers two weeks ahead. Marlena’s life is still at risk and during her unconscious state she’s confronted by the past. All the while, Diana rushes to cover her tracks. There’s danger around every corner as Ben and Ciara face gunfire, and Claire is faced with some fire of her own when Tripp confronts her with shocking information….

Days of our Lives spoilers for the week of March 18:

The 2019 Daytime Emmy Awards nominations have been announced! Find out who was nominated from Days of our Lives.

The latest Deconstructing DOOL, talks deja vu for Marlena, John's lost edge and who Stefan should be with.

In the weekly Days spoiler video, Ben and Ciara take it to the next level, as others share passionate moments, and JJ pops the question.

Days of our Lives spoilers for Monday March 18:

During an out-of-body experience, Marlena encounters a few familiar faces from the past, including Tony DiMera when Thaao Penghlis reappears on Days of our Lives and Belle Black when Martha Madison returns to Days.

Marlena is caught in a tug-of-war for her soul.

Marlena tries to find out if Kristen is dead.

Let us know what you thought about the Marlena centric episode in the afterlife by voting in our latest poll.

Days of our Lives spoilers for Tuesday March 19: 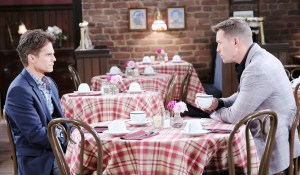 In Tuesday’s Days recap, Ben and Ciara are shot at, Leo confronts his mother, Rex finds Eric with Sarah, and Marlena returns to her family.

Diana worries she may have left behind evidence that she tried to kill Marlena.

Eric makes a promise to God to stay away from Sarah if Marlena lives.

Ciara tries to persuade Ben they should reunite.

Leo attempts to get inside information from Brady.

Days of our Lives spoilers for Wednesday March 20: 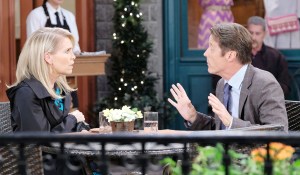 In Wednesday’s Days recap: JJ asks Haley to marry him when she’s faced with deportation, Jennifer throws a drink in Jack’s face during their interview, and Chloe receives a message from the shooter.

Ben and Ciara find themselves in a dangerous situation when gunshots are fired at the DiMera Mansion.

Jennifer puts Jack on the hot seat during a tense interview.

Tripp suspects Claire has been lying to him and seeks answers.

Days of our Lives alum Nikki DeLoach in Hallmark's Love to the Rescue this weekend.

Days of our Lives spoilers for Thursday March 21:

In Thursday's Days recap: Ted ruins Rafe and Hope’s romantic anniversary dinner, Haley has big news, and details come in about the shootings at the DiMera mansion.

Rafe and Hope renew their love for one another.

Sarah admits to Maggie she kissed Eric and has feelings for him.

Eric struggles to fight his feelings for Sarah.

Days of our Lives spoilers for Friday March 22: 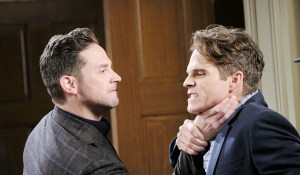 Leo is furious when he realizes Brady turned the tables on him.

Tripp drops a bombshell on Claire.

Diana is nervous when John wants to question her about Marlena's poisoning.

Interview: Brandon Barash discusses his nerves taking over the role of Stefan.

Days of our Lives Spoilers March 11...

Days of our Lives Spoilers March 25...