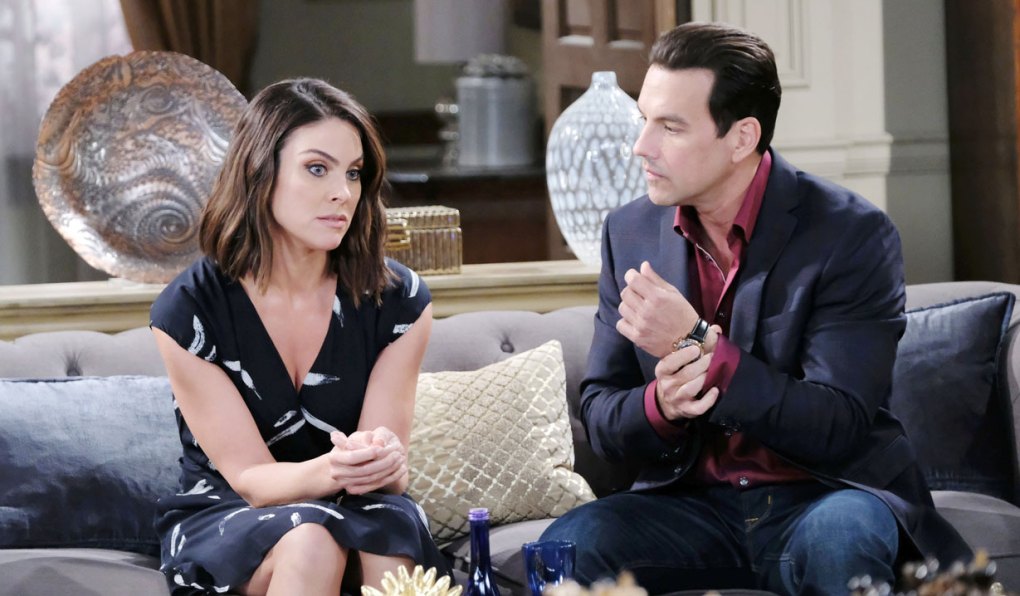 Soaps.com has the latest Days of our Lives spoilers two weeks ahead. While one woman uncovers a secret from the past, someone else appears to be in grave danger from a man with a gun. Leo’s paternity secret is out and Marlena wants answers from John. However, Diana has other plans, which would take John’s wife out of the picture for good…

Days of our Lives spoilers for the week of March 4:

In Friday's Days column, stunt casting is leaving fans feeling empty. Plus, talking that shocking twist of Claire being the fire starter, and Jordan's quick reappearance and possible departure.

In the weekly Days spoiler video, Stefan and Chloe are spied sharing a passionate kiss by Gabi who is confronted about being jealous.

Days of our Lives spoilers for Monday March 4:

Hope is upset to learn another secret from Ted's past.

JJ warns Haley that Eli and Lani are at the hospital looking for her.

Ben insists he has to break up with Ciara because he’s too afraid of hurting her.

Exclusive: Interview with Paul Telfer on hilarious Days scenes and his dark character in the film Green Fever.

Vote in our latest poll and let us know your feelings on the return of Diana to Days.

Days of our Lives spoilers for Tuesday March 5:

Chloe finds evidence that someone may be watching her.

Rafe confronts Ted about making a play for his wife.

Tripp hides Haley at the loft.

Days of our Lives spoilers for Wednesday March 6:

Rex confronts a man with a gun who appears to be stalking Chloe.

Will and Sonny break into Diana’s hotel room to look for ammunition against Leo.

Sarah is torn about what to do about Rex’s proposal.

Days of our Lives spoilers for Thursday March 7:

In today’s Days recap, Jack announces his mayoral run, Gabi squares off with Stefan, and Claire goes behind Tripp's back.

Brady pressures Gabi to team up with him to take down Stefan.

Stefan tells Chloe he'd like to pursue a romantic relationship with her.

Jennifer is upset when Jack announces he's running for mayor.

There are some behind the scenes changes at Days, including an exit and two promotions.

Days of our Lives spoilers for Friday March 8:

Diana decides on a way to eliminate Marlena.

Jennifer blasts Jack for using Haley as a scapegoat to further his political ambitions.

Days alum Nikki DeLoach in Hallmark's Love to the Rescue, part of the Spring Fever event.

Days of our Lives Spoilers March 11...