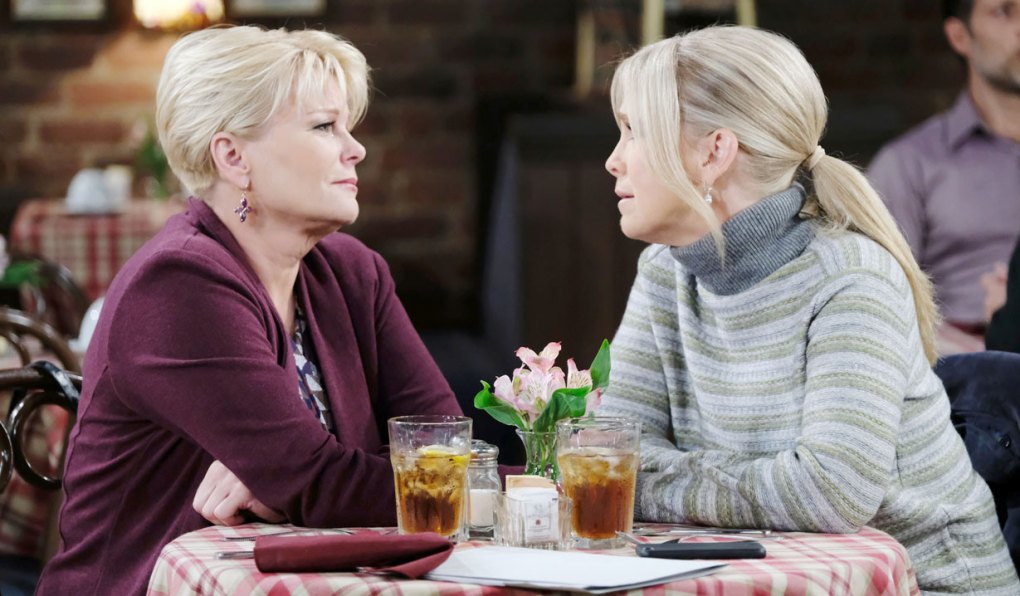 Soaps.com has the latest Days of our Lives spoilers two weeks ahead, plus February Sweeps. It’s an eruption of emotions across Salem as one woman cries mercifully on another shoulder, a man loses it when he can’t locate the girl who holds his heart, and a mysterious warning puts someone else on high alert. Not to mention… everyone reacts – and not in a good way – when Leo’s mother appears in town.

Days of our Lives spoilers for the week of January 28:

Days of our Lives spoilers for Monday January 28:

In Monday's Days recap, Rex kisses Sarah after she agrees to reunite, just as Eric realizes he has feelings for her.

Marlena tries to get Eric to open up about his feelings for Sarah.

Will receives good news from his grandmother.

In the weekly Days spoiler video, Ciara is taken captive and tied to a bed while Hope tries to reach her daughter.

Days of our Lives spoilers for Tuesday January 29:

Eric has mixed feelings when he finds out Sarah has reconciled with Rex.

Leo is horrified when his mother turns up in Salem!

Just in... Paul Telfer exits Days of our Lives as Xander once again.

Days of our Lives spoilers for Wednesday January 30:

In Wednesday's Days recap, Ben manhandles Claire and begs her to help him find Ciara, while Sarah gets advice from Marlena, and JJ talks to Jack about Haley.

Jennifer pours her heart out to Adrienne about Jack.

Ben rats out Claire to Tripp.

JJ offers to help Hayley, but they end up arguing.

Tripp and Haley connect over their problems.

Get tickets for Days stars at SoapFest Charity Weekend.

Days of our Lives spoilers for Thursday January 31:

In Thursday's Days recap, Eli and Lani profess their love for each other while Ciara fights being held captive, and Ben goes to Marlena for a session.

Ben spins out of control as he tries to get in touch with Ciara.

Eli questions Hope about her relationship with Ted.

Eli sets up a romantic surprise for Lani.

Days of our Lives spoilers for Friday February 1:

In Friday's Days recap, Chloe gets a bloody knife in the mail, while Ciara is held captive, and John realizes who Leo's mama is.

In this week's Days column, wondering how to ship couples we rarely see, loving Diana's appearance, annoyed by Hope's obsession with Ben, and ranting about Leo.

Chloe is fearful as she receives a cryptic threat.

DVR Alert: Don’t miss the sequel Hallmark's Valentine in the Vineyard this weekend.

Catch up with all the casting news for all four soaps for the month of January.

Xander steals Dr. Rolf's journal from Eve and holds it over her.

Roman realizes Eric has feelings for Sarah that go beyond friendship.

Hope confirms Ciara has gone missing and tries to find her.

Eli has a romantic surprise waiting for Lani at Doug's Place, which is set up to look like the beach.