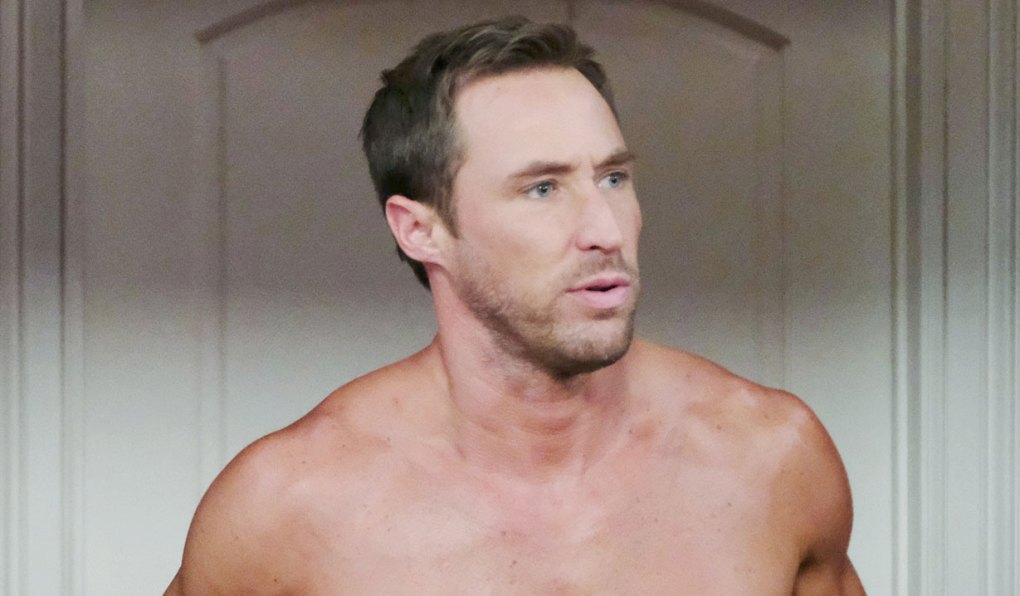 Soaps.com has the latest Days of our Lives spoilers two weeks ahead. Leo can’t shake Xander and pushes the conman to see his side of things, but Xander has someone else to worry about – Eric. Sheila needs to be worried as well since Abe’s furious, and a shocking announcement sends one woman into another man’s arms…

Days of our Lives spoilers for the week of January 14:

In the weekly Days video, Xander ravishes Sarah with a kiss, and things heat up between Gabi and Stefan.

Days of our Lives spoilers for Monday January 14:

In Monday's Days recap, Jack and Jenn almost kiss when Eve interrupts, and Sarah gets bent out of shape when Rex returns.

Jennifer tries to reconnect with Jack.

Rex asks Eric to help him win back Sarah.

JJ questions Haley about her connection to Melinda.

More drama ahead since Days has been renewed for 55th season.

Days of our Lives spoilers for Tuesday January 15:

Eric explodes when he learns Xander is alive.

Will turns to John for help with Leo.

JJ urges Haley to open up about her secret.

Former Days writer Bettina Bradbury has passed away at 63.

Soap alums in the news… All My Children, Days’ former actors in television, movies, and an op-ed from David Canary’s daughter.

Days of our Lives spoilers for Wednesday January 16:

In Wednesday's Days recap, Eli arrests Xander for attempted murder, while Kate vows to help Chad get Abigail to reunite with him, and Chloe and Rex catch up.

Ted tries to get Stefan to turn on Ben.

Rex and Chloe get reacquainted.

Days of our Lives spoilers for Thursday January 17:

In Thursday's Days recap, Xander deletes footage of Marlena's shooting and is released from custody, while Rex tries to get Sarah back.

Eli and Lani hit a major snag as they build the case against Xander.

Abe is furious when he learns Sheila made a costly mistake.

Gabi and Stefan get into it over the future of Gabi Chic.

Rafe and Hope argue about Ted.

Days of our Lives spoilers for Friday January 18:

In Friday's Days recap, Rex reveals he had sex with Sarah's sister, Xander gives in to Leo, and Sarah kisses Eric.

Xander makes a deal with Leo.

After Ciara and Ben argue over his lies, she takes a trip to South Africa to get away from it all and to visit Theo, leaving Victoria Konefal to exit Days temporarily.

Days casting for January and onward:

Three actors are returning, could be for a special memorial episode, including Christie Clark as Days’ Carrie Brady Reed and Alison Sweeney as Days’ Sami Brady DiMera as well as Brandon Beemer as Shawn on Days.

Days of our Lives Spoilers January 7...