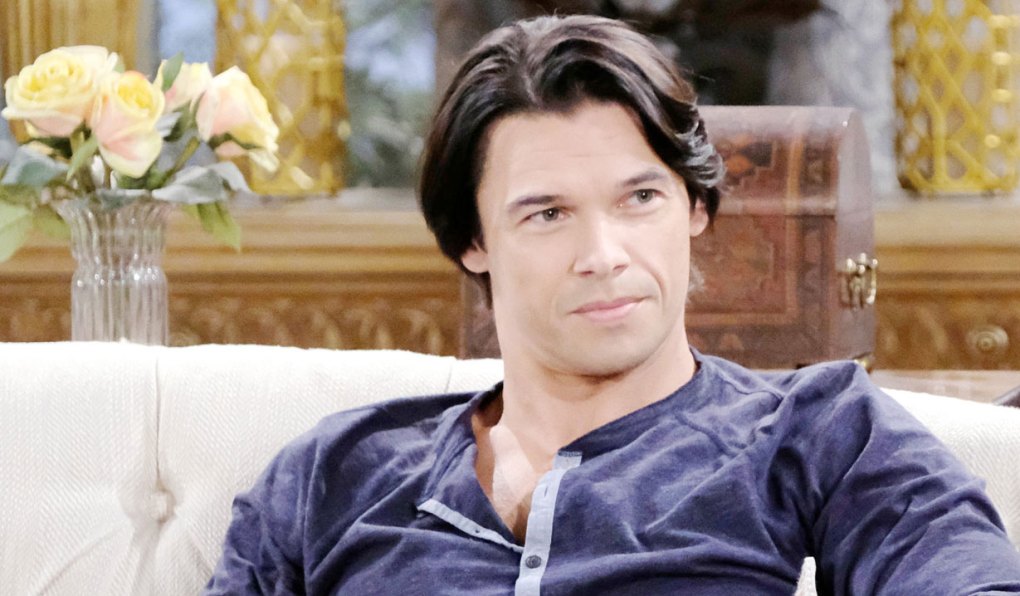 Soaps.com has the latest Days of our Lives spoilers two weeks ahead. Jack’s presence in Salem is filled with twists and turns as he comes upon a dark moment from his past. All the while, JJ uncovers a secret connection between one Salemite and Haley. Plus, Leo sets his sights on someone new, a relationship ends and emotions explode…

Days of our Lives spoilers for the week of January 7:

In this week's Deconstructing DOOL, Cyclone Eve's return had Salemites thunderstruck. We dish on that, Abigail's decision not to press charges against Gabi, and the only two good cops in Salem.

In the weekly Days spoiler video, Melinda Trask gives Haley a warning, plus Leo and Xander take their shirts off.

Days of our Lives spoilers for Monday January 7:

Jack runs into Kayla and discovers a dark moment from his past.

Ciara questions her relationship with Ben.

Xander tries to get back in Victor's good graces with a valuable gift.

Soaps Roundup: Days of our Lives storyline highlights from last week’s episodes feature Jack back from the dead.

Days of our Lives spoilers for Tuesday January 8:

Excellent news! Days was renewed for their 55th season on NBC! Press release in the link.

Kate urges Chad to take over the family business.

Abigail and Ciara have a heart-to-heart about Ben.

Victoria Konefal temporarily out at Days as Ciara leaves Salem to visit Theo.

Galen Gering is taking a hiatus from Days due to Rafe's upcoming storyline.

Days of our Lives spoilers for Wednesday January 9:

In Wednesday's Days recap, Leo wants sex from Xander, Ben wants a job from Chad, and Claire reveals her pact with Ben to Ciara, accidentally.

Leo meets Xander for the first time - and is immediately smitten.

JJ blasts Gabi for her lies.

Ciara gets Claire to confess her and Ben's deception.

Days of our Lives spoilers for Thursday January 10:

Ben and Ciara break up!

JJ realizes Haley is keeping something from Kayla.

Eric reveals he’s made a decision about Holly’s custody case.

Days of our Lives spoilers for Friday January 11:

In Friday's Days Recap: Haley is Melinda's sister, but there is another secret, and Eric decides not to fight for Holly.

Eric and Sarah continue to grow closer... but are interrupted by an unexpected return when Kyle Lowder returns to Days.

JJ learns Haley has a secret connection to someone else in town.

Chad surprises Abigail with a special dinner with her family.

There will be a triangle involving Eric, Sarah and Rex, who returns to Salem and wants her back.

Haley is hiding a secret from JJ, something that’s made her feel desperate.