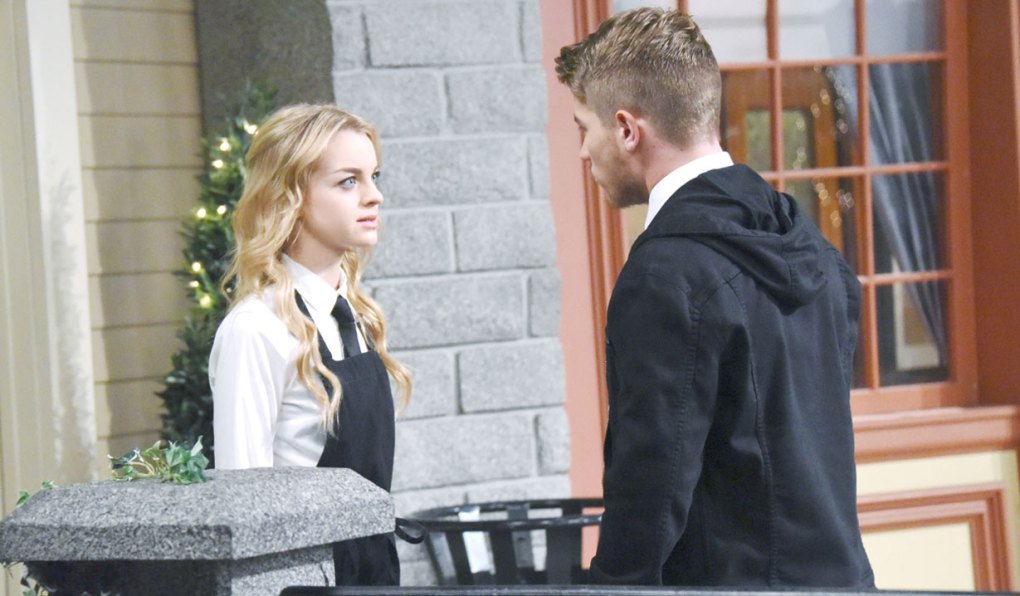 Soaps.com has the latest Days of our Lives spoilers two weeks ahead, plus Thanksgiving pre-emptions. While Abigail goes into labor and Chad works to help deliver the baby, Gabi does her best to convince Stefan to keep his mouth shut. Lucas prepares to leave Salem behind, as Eric tries to calm Sarah down during a scene at the pub. Plus, Paul finally learns the truth, as does Ben from Wyatt…

Breaking news: There are three major Days of our Lives returns when Paul Telfer brings Xander back, and Arianne Zucker returns as Nicole Walker, and Greg Rikaart brings Leo Stark back.

Days of our Lives spoilers for the week of November 12:

Live coverage of Day of Days 2018 with video footage and photos.

In the weekly Days spoiler video, Chad helps Abigail deliver her baby while inside a cabin with no help in sight.

Days of our Lives spoilers for Monday November 12:

Monday’s Days recap, Chad and Abigail have a baby girl while Gabi is caught by Stefan and learns she’s been gaslighting Abs.

Chad helps Abigail as she goes into labor.

Ben admits to Ciara he has feelings for her.

Days of our Lives spoilers for Tuesday November 13:

In Tuesday’s Days recap, Ben grabs Wyatt after hearing he set him up, while Ciara admits to Tripp that Ben has feelings for her.

Gabi pleads with Stefan to keep her secret.

Ciara confronts Claire about her lies.

Days of our Lives spoilers for Wednesday November 14:

In Wednesday’s Days recap, Abigail’s committed to Bayview after giving birth to Charlotte and Rex gets down on one knee to propose.

Brady confesses the truth to Paul.

Chad makes a deal with Stefan.

Rex attempts to reconcile with Sarah.

Gabi wrestles with telling the truth.

Days of our Lives spoilers for Thursday November 15:

In Thursday’s Days recap, Lucas, Rex and Sonny leave Salem, while Sarah gets wasted, and Paul and Will break up.

Eric tries to help Sarah as she causes a scene at the pub.

Lucas says goodbye to Chloe before leaving town when Bryan Dattilo exits Days of our Lives.

Paul confronts Will about his true feelings for Sonny.

Rex makes a difficult decision about his future.

Days of our Lives spoilers for Friday November 16:

Breaking! Network soaps forgo Daytime Emmy boycott, presenting NATAS with a list of complaints and demands for changes to be made.

Claire’s plot unravels as Ben gets the truth out of Wyatt when Scott Shilstone returns to Days.

Kayla has suspicions about Gabi.

Jennifer and Stefan fight over Abigail and the baby.

Eric’s hoping to raise Holly but Chloe and Maggie could complicate things. He works things out with Sarah, Holly’s aunt, who also has a vested interest in what happens to the kid. Sarah and Eric form a bond.

Tripp set Ben up because he believed Ben was guilty and that he was framing a guilty man.

Days casting for November and onward:

Departure and return dates announced! Marci Miller has left Days as Abigail DiMera and Kate Mansi returns to Days to resume the role she once played.