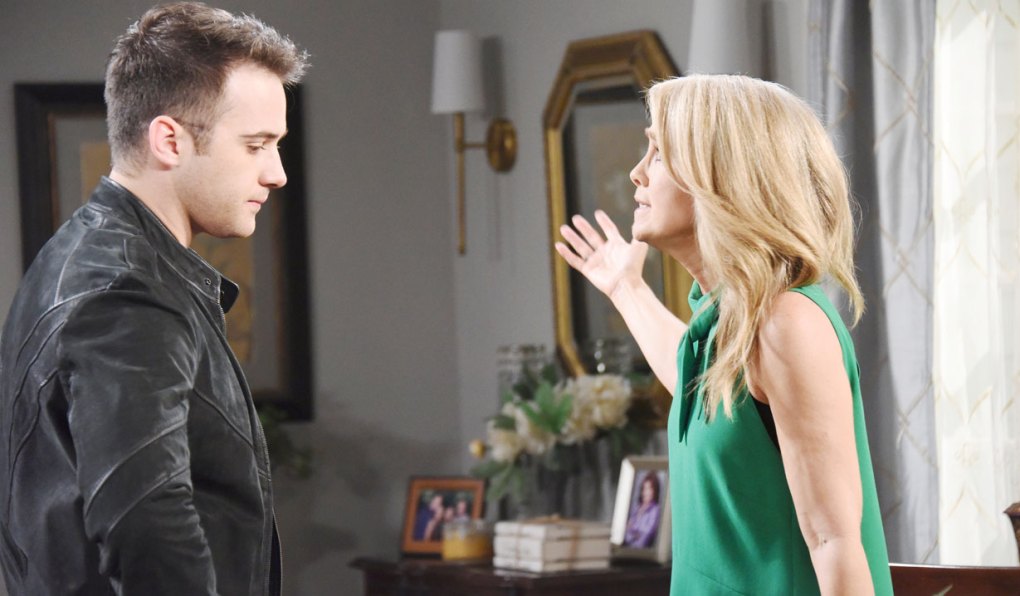 Soaps.com has the latest Days of our Lives spoilers two weeks ahead. While Claire has a plan to team up with Ben, Hope thinks she knows how the planted evidence against him got there. The mystery patient calls out for Sami, as Sami and Eric continue their quest, which includes breaking and entering into Xander’s property. Plus, during her escape, Nicole uncovers a shocking secret…

Days of our Lives spoilers for the week of October 15:

In the weekly Days spoiler video, Ben admits he’s fallen for Ciara and reflects on how she believed in him when no one else did.

Days of our Lives spoilers for Monday October 15:

Mimi pleads with Chloe to convince Lucas to reconsider his custody battle for Baby Bonnie.

The mystery patient calls out a familiar name… Eric, Nicole, and Sami realize they are on the same track and agree to team up.

Kristen is furious when Brady admits he’s been playing her.

Days of our Lives spoilers for Tuesday October 16:

In Tuesday’s Days recap, Rafe thinks JJ could have planted evidence in the arson case though JJ denies it, and Ciara has a sexy dream about Ben.

Claire suggests to Ben they join forces to break up Tripp and Ciara. Abigail confides to JJ she thinks Gabi set her up.

Ciara has an unbidden romantic dream of Ben.

Days of our Lives spoilers for Wednesday October 17:

In Wednesday’s Days recap, Gabi feigns an attack on her perpetrated by Gabby, Jennifer fills Stefan in on Abby’s mental state, and Hope realizes Ben set her up.

Hope shares with Rafe her theory about the planted evidence. Gabi takes her plan to another level.

Jennifer warns Stefan to stay away from Abigail.

Ciara and Tripp are thrown when they come upon Claire and Ben conspiring.

Days of our Lives spoilers for Thursday October 18:

Update! Day of Days announced which cast members will attend the festivities on November 10.

Nicole prepares for her future with Eric.

Days of our Lives spoilers for Friday October 19:

In Friday’s Days recap, confessions of murder from Mimi, she reveals her baby’s daddy is Rex, and Nicole learns many secrets from the warehouse.

Friday’s opinion blog is back. Deconstructing DOOL: Outlandish storylines a concern for viewers, and though Christine is highly entertained, she worries about viewers dropping off due to character assassination and the craziness.

Nicole escapes from Xander… and unknowingly stumbles upon an earth-shattering secret.

Belle is caught in the middle between Mimi and Chloe.

Sami accuses Brady of being in cahoots with Kristen.

Photos: Soap stars wear purple on Spirit Day and take a stand against bullying and harassment.

Marci Miller has left Days as Abigail DiMera and Kate Mansi will return to resume the role she once played. 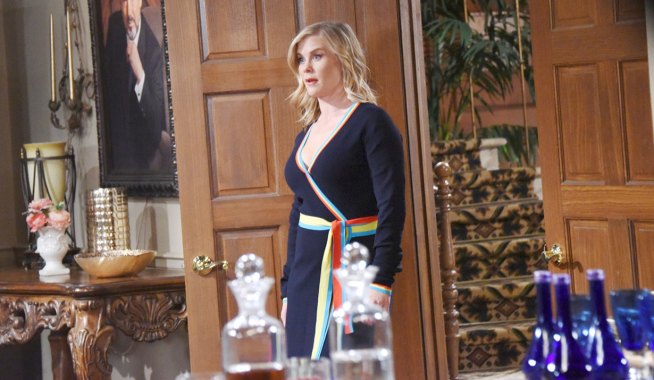 Days of our Lives Spoilers October 8 - 19 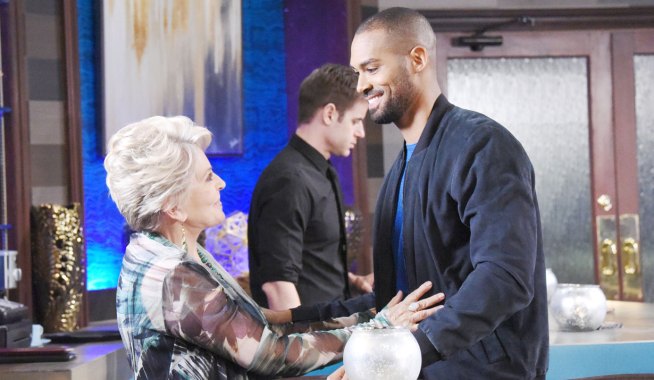