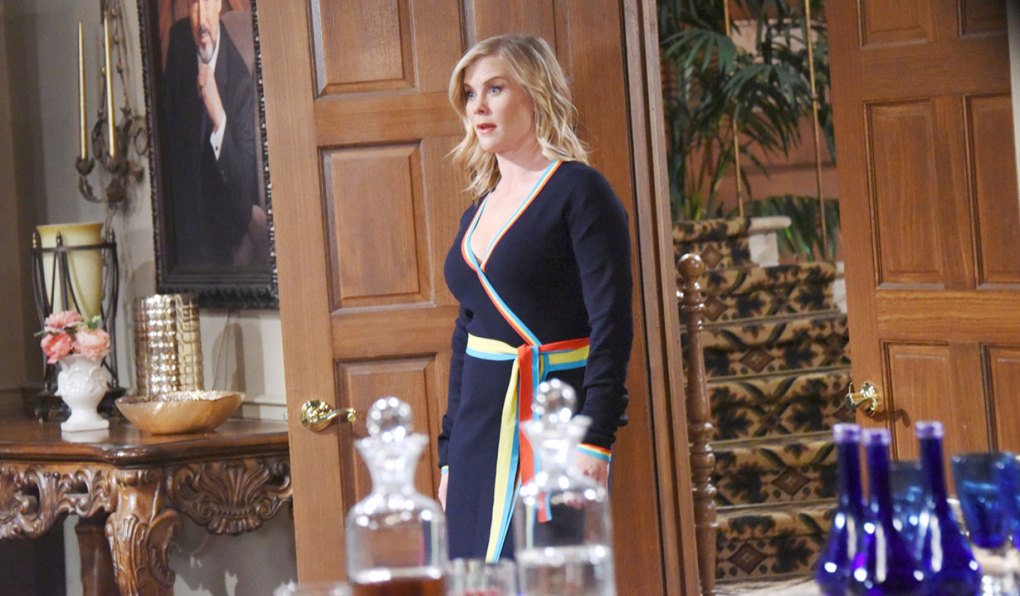 Soaps.com has the latest Days of our Lives spoilers two weeks ahead. Brady works to gain Kristen’s trust, but little does he know she has a mystery patient under her care. While John and Marlena learn what really happened on the day of their almost-wedding, tensions rise between Bonnie and Mimi, plus Xander’s shocking partner in crime is revealed…

Days of our Lives spoilers for the week of October 8:

In the latest Spoiler Digest, shocked, socked, and blocked, we have new spoilers for all four soaps including Bold and the Beautiful, Days of our Lives, General Hospital and Young and the Restless.

In this week’s Days spoiler video, Eric and Nicole plan to murder Xander after it’s revealed that she’s married to the con-man.

Days of our Lives spoilers for Monday October 8:

In today’s Days recap, John gets footage of Marlena’s shooter while Nicole and Eric share a loving reunion. Mimi and Bonnie have a heated argument over Bonnie’s plan.

Abe and Sheila continue to clash.

John, Sami, and Marlena get closer to the truth.

Days of our Lives spoilers for Tuesday October 9:

Eric is stunned by Nicole’s unexpected revelation as Arianne Zucker returns to Days. John and Marlena discover what really happened the night of their almost-wedding.

Kristen and Brady have an intimate moment.

Lani is jealous when Eli reconnects with Sheila.

Days of our Lives spoilers for Wednesday October 10:

Heartbreaking news – Peggy McCay has passed away at age 90. May she rest in peace.

Nicole considers extreme measures to be with Eric.

Behind the scenes photos surrounding Days stars in No Place Like Home.

Days of our Lives spoilers for Thursday October 11:

In today’s Days Recap: Brady is electrocuted while trailing Kristen to a meeting with Xander, Eric and Nicole plot, and Sami makes Stefan an offer.

Xander has a surprising new partner in crime.

John reads Hattie the riot act for putting his plan in jeopardy.

Days of our Lives spoilers for Friday October 12:

Kristen tends to a mysterious patient.

Lucas and Chloe break the news to Kate about Baby Bonnie.

Mimi decides she is no longer playing Bonnie’s game.

DVR Alert: Don’t miss the premiere of Under the Autumn Moon this weekend.

Xander is the second shooter who really shot Marlena, though he intended on shooting Eric.

Eric and Nicole have sex.

Kristen and Brady have sex.

Brady finds who he thinks is EJ. 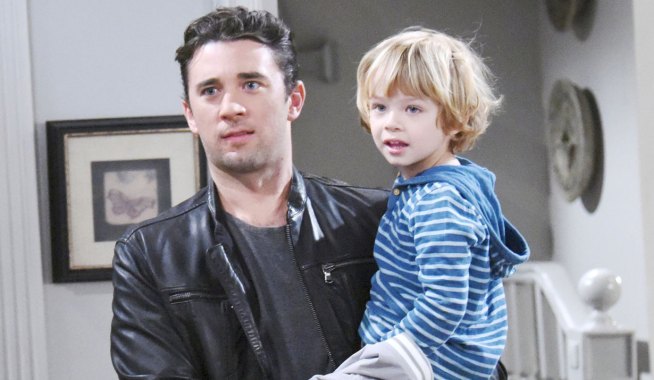 Days of our Lives Spoilers October 1 - 12 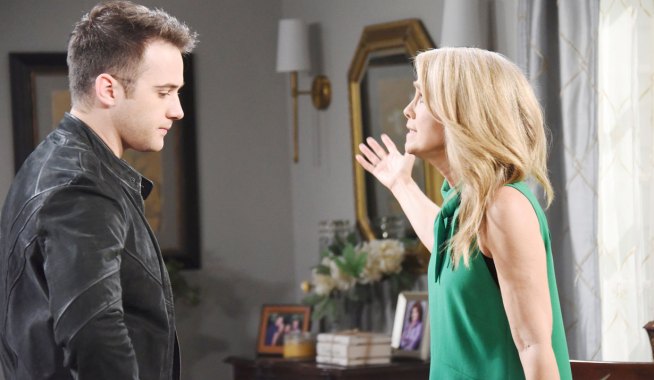