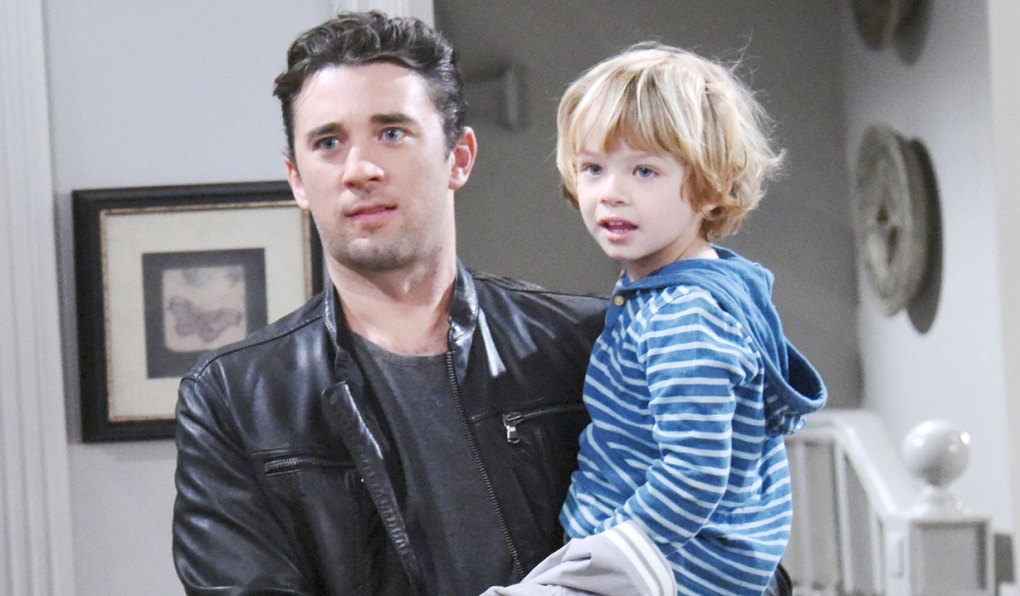 Soaps.com has the latest Days of our Lives spoilers two weeks ahead. Sami is on the search for EJ and offers Stefan a deal in hopes of finding him alive. While Sami uncovers more than she bargained, involving the truth surrounding Marlena, Kate and Roman team up in order to take down Stefan. Plus, Chad is once again devastated after coming across something damning in Abigail’s room, and Eric is stunned by Nicole’s unexpected revelation…

Friday’s Days blog on Brady and Eve, two peas in a dysfunctional pod, as well as talk about JenEric, Hattie and Sami.

Days of our Lives spoilers for the week of October 1:

In the weekly Days spoiler video, did Sami really shoot Marlena, plus Mimi confronts Bonnie about the baby’s paternity.

In this week’s Spoiler Digest, verdicts, deals, and desperation, we have new spoilers for all four soaps including Bold and the Beautiful, Days of our Lives, General Hospital and Young and the Restless.

Days of our Lives spoilers for Monday October 1:

In Monday’s Days recap, Roman and Kristen struggle and a gunshot rings out from Kristen’s gun as she screams, Hattie and John tie the knot, and Sami offers Stefan money for information. Sami offers Stefan a deal in exchange for information about EJ.

John makes a huge sacrifice in order to protect Marlena.

Kristen prepares to exact her revenge.

Tripp and Ciara take their relationship to the next level.

It appears Y&R actress Judith Chapman will return to Days as a new character.

Days of our Lives spoilers for Tuesday October 2: Will furthers his commitment to Paul.

Days of our Lives spoilers for Wednesday October 3:

In Wednesday’s Days recap, Sami’s arrested after she learns Hattie has taken her mother’s place, Gabi taunts Chad, and Stefan thinks Gabby’s on her way back to him.

Sami uncovers the truth about her mother. Kristen tries to convince Brady to run away with her.

Abigail confesses to JJ that she fears her alters are trying to come out.

Days of our Lives spoilers for Thursday October 4:

Abigail makes a confession to Stefan.

Maggie reveals to Eric she lied about Nicole.

Days of our Lives spoilers for Friday October 5:

In Friday’s Days recap, Bonnie’s revealed as Mimi’s kid and Nicole’s shocked to see Eric at her place, while Chad shows Jenn the wig he found in Abby’s room.

In this week’s Days column, Salemites have more problems than the average Joe. Some talking points include Tiara’s sex scene, Kristen wussing out, the DID failure, Hope’s surname change and big reveals.

Roman and Kate agree to work together to take down Stefan.

Chad shares his discovery with Jennifer.

There’s a twist in the Bonnie, Lucas, baby storyline… Mimi (Bonnie’s daughter) shows up today and there’s a lie somewhere in Bonnie’s story that Mimi holds the key to when Farah Fath returns to Days.

DVR Alert: Don’t miss Hallmark’s Falling For You this weekend.

Sami’s still on a quest to find EJ as Eric’s on his own quest to find Nicole. The stories intersect. When Eric gets the truth about what’s happening with Nicole, we see it could affect lives of almost everyone in Salem.

Days of our Lives Spoilers October 8...