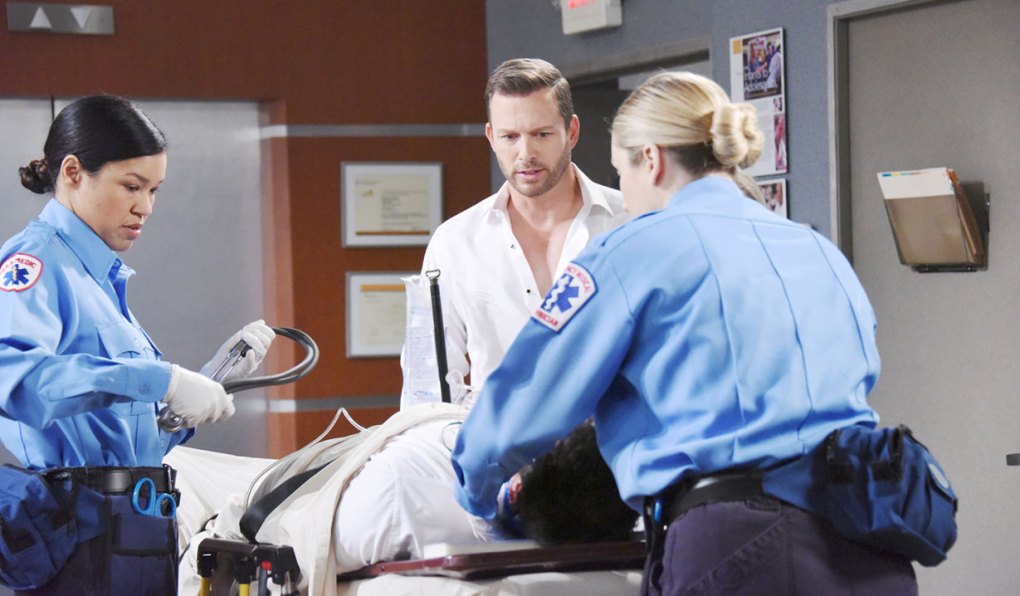 Soaps.com has the latest Days of our Lives spoilers two weeks ahead. Abigail finally gets a clue that her best friend might be out to get her. Many others in Salem are experiencing turmoil as well and prepare to say goodbye to Marlena, as Bonnie stuns Lucas with news that he has a daughter. Ciara, however, has something to be happy about when Ben presents her with a very special gift.

In Friday’s Days blog, we debate Brady leading with his willy vs. assault by Kristen, discussed WilSon’s reunion, who is to blame for shooting Marlena, and Stephen Nichols’ last day on Days.

Days of our Lives spoilers for the week of September 3:

In the weekly Days spoiler video, Brady lashes out at Will as Paul fights for his life, plus Eli makes a confession to Lani.

Days of our Lives spoilers for Monday September 3:

Days of our Lives will not be seen today, due to the Labor Day holiday.

Days of our Lives spoilers for Tuesday September 4:

In today’s Days recap, Roman reveals Steve’s been arrested for espionage while Paul’s rushed to the hospital.

Paul’s life hangs in the balance.

Will and Sonny’s plans for the future hit a snag.

Kristen turns to someone unexpected for help.

Days of our Lives spoilers for Wednesday September 5:

In Days recap, Gabi tries tot alk Chad into divorce as Abby realizes Gabi’s not her friend. Marlena wakes up but passes out, worrying Val, and Lani and Eli share a moment.

Abigail confides in JJ she thinks Gabi is out to get her.

John anxiously waits for Marlena to wake up post-surgery.

Stefan is faced with a tough choice.

Lani and Eli have a close moment while working together.

Days of our Lives spoilers for Thursday September 6:

In Thursday’s Days recap, Marlena goes into septic shock while Gabi and Abby duke it out, and Brady yells at Will for wanting to dump Paul.

John finds Marlena in crisis as Valerie tries to save her life.

Brady blasts Will when he overhears him declare his love for Sonny.

Eli confesses his feelings to Lani.

Gabi and Abigail have a major confrontation.

Days of our Lives spoilers for Friday September 7:

In Friday’s Days recap, Marlena has a DNR order. Will tells Lucas he has his memory back, and Bonnie tells Lucas she’s had his baby.

In Friday’s Deconstructing DOOL, dishing on the things that made us go hmm this week.

Belle shares stunning news with Eric about their mother.

Will tells Paul he’s gotten his memory back.

Bonnie drops a bomb on Lucas.

Steve’s bionic eye turns out to be controlled by a computer that can monitor what he’s seeing. So any ISA files and anything else he saw was recorded. He’s an inadvertent spy which has caused country and worldwide damage. Steve’s accused of treason.

Days of our Lives Spoilers August 27...