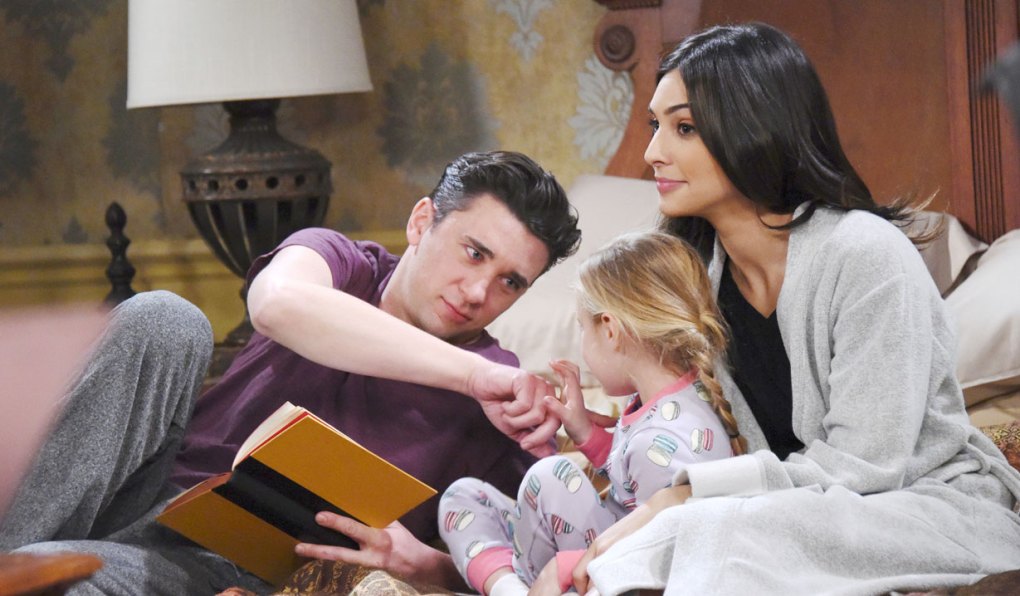 Soaps.com has the latest Days of our Lives spoilers two weeks ahead. Andre weighs heavily in the mind of one Salemite, as two others go toe to toe in an intense showdown. And one woman’s aggression rises to a whole other level, which results in someone looking down the barrel of a gun. Plus, Paul seeks answers from Will in regards to his lies, Steve wants answers as well, and John and Marlena’s wedding day is filled with surprise guests and plenty of drama…

Days of our Lives spoilers for the week of August 13:

In next week’s Days Spoiler Video: Abigail confronts Gabi, Paul makes an accusation, and Tripp gets an eyeful.

Check out this week’s Spoiler Digest, cracking, close moments, and confessions , for teasers on all four soaps including Bold and the Beautiful, Days of our Lives, General Hospital and Young and the Restless.

Days of our Lives spoilers for Monday August 13:

In Monday’s Days recap, Will asks Kate for money and Paul confronts Sonny.

Vote in the Days of our lives favorite couples poll for that special couple you are shipping.

Kate has a dream involving Andre.

Abigail has a tense confrontation with Stefan.

Steve confronts Kayla about the secret she’s been keeping.

Will and Sonny confer about how to get the money to pay off Ted.

Days of our Lives spoilers for Tuesday August 14:

In Tuesday’s Days recap, Abby’s jealous of Gabi and Chad, Kate learns Ted’s blackmailing Will, and Eve thinks Jennifer is more like her than she wants to admit.

Eve and Jennifer have a showdown. Abigail is upset to find Chad and Gabi in a close moment.

Paul accuses Sonny of having an affair with Will!

Will exposes Ted’s scheme to a stunned Kate.

Days of our Lives spoilers for Wednesday August 15:
In Wednesday’s Days recap, Julie and Doug celebrate Jennifer and Eric’s engagement, Kate kicks Ted out, and Brady toys with the idea of forgiving his grandfather.

Paul confronts Will over his lies.

Jennifer is tempted to confess all to Eric. An angry Kate forces Ted to choose between her and the money.

Days of our Lives spoilers for Thursday August 16:

In Thursday’s Days recap, Claire votes for Ben should stay with them at the loft, Kayla hands over Abby’s medical files to Stefan and Steve snoops.

Tripp is furious when Ciara invites Ben to move into the loft.

Steve breaks into Kayla’s phone to get answers.

Days of our Lives spoilers for Friday August 17:

Major spoilers ahead for John and Marlena’s wedding according to Ron Carlivati, the head writer. Take a look.

In this week’s Days column, we’re focused on the bizarre things that only happen in Salem, like looking 6 months pregnant in 6 weeks, becoming police commissioner when you’ve murdered someone, and dating the man who is defending the serial killer who strangled your grandson.

In Friday’s Days recap, Kate pulls a gun on Ted and Hope learns Ben’s moving into the loft.

Tripp questions Ciara’s motives for asking Ben to move in with them.

Hope is furious when she learns Ben hasn’t left town.

Steve has a surprise for Adrienne.

Kate pulls a gun on Ted!

Returns coming up on Days in August and onward:

Days of our Lives Spoilers August 6...

Days of our Lives Spoilers August 20...