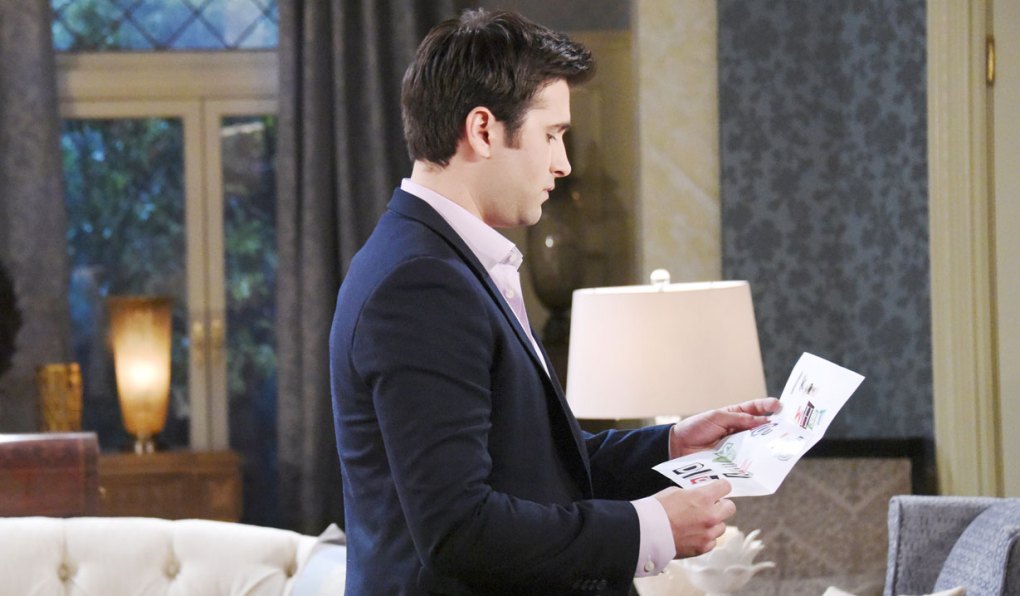 Soaps.com has the latest Days of our Lives spoilers two weeks ahead. Gabi can’t help but feel vengeful and confides in someone how much being in prison really cost her. All the while, Chad learns that his wife is pregnant with his brother’s child. And there’s plenty more bad news spreading across Salem… Will reveals the frightening contents of the anonymous letter, and Eve receives a major warning from Victor…

Friday’s Days column The curious case of Salem’s pod people talks Theresa’s selfishness, friends like Gabi, and what alcohol has done to Brady.

Days of our Lives spoilers for the week of July 23:

In the weekly Days spoiler video, Eve attacks Ben and loses control on the man who killed her daughter.

Days of our Lives spoilers for Monday July 23:

In Monday’s Days recap, Abigail decides to keep her baby and tells Stefan, while Gabi continues to feel bitter about her losses, and Jennifer is closer to finding out who hired the CPS worker to plant drugs on JJ.

Vengeful Gabi vents to JJ about the losses she suffered while in prison.

Stefan makes an emotional appeal to Abigail to keep her baby.

Sonny argues with Chad over the way he’s running Titan.

Play Days of our Lives trivia, 10 questions to test how well you know the NBC soap.

Days of our Lives spoilers for Tuesday July 24:

In Tuesday’s Days recap, Chad’s devastated by Abby’s news that Stefan’s the father of her baby, Ted is hired as Ben’s lawyer, and Steve’s surgery goes well.

Hope and Rafe are stunned by Ciara’s move to help Ben.

Claire plants the seed in Tripp’s mind that Ciara might have feelings for Ben.

Kayla and Steve hope for the best as she removes his bandages post-surgery.

Days of our Lives spoilers for Wednesday July 25:

In Wednesday’s Days recap, Stefan and Chad brawl over Abigail, and Ben thanks Ciara for getting him Ted as his lawyer, as Will and Sonny wonder if Leo’s alive.

Will shows Sonny the anonymous letter that implies its author knows that they killed Leo.

Chad and Stefan come to blows.

Kate lashes out at Ted for representing Ben.

Days of our Lives spoilers for Thursday July 26:

In Thursday’s Days recap, Steve can see after his bandages are removed, and Ted sends another letter to Will, while Jenn tells Brady she knows who set him up. (Includes gallery!)

Marlena and John have a special request for Eric and Brady.

Ted confronts Sonny to ask if he had anything to do with Leo’s disappearance.

Will receives another cryptic note.

Days of our Lives spoilers for Friday July 27:

In Friday’s Days recap, Hope lets Eve strangle Ben and does nothing, while Jennifer realizes Victor and Eve set JJ up.

In this week’s Deconstructing DOOL, we talk whiners, bad cops and issues investing.

Victor warns Eve that Jennifer is getting closer to the truth.

Jennifer talks to Brady about what she’s uncovered.

Days of our Lives Spoilers July 30...