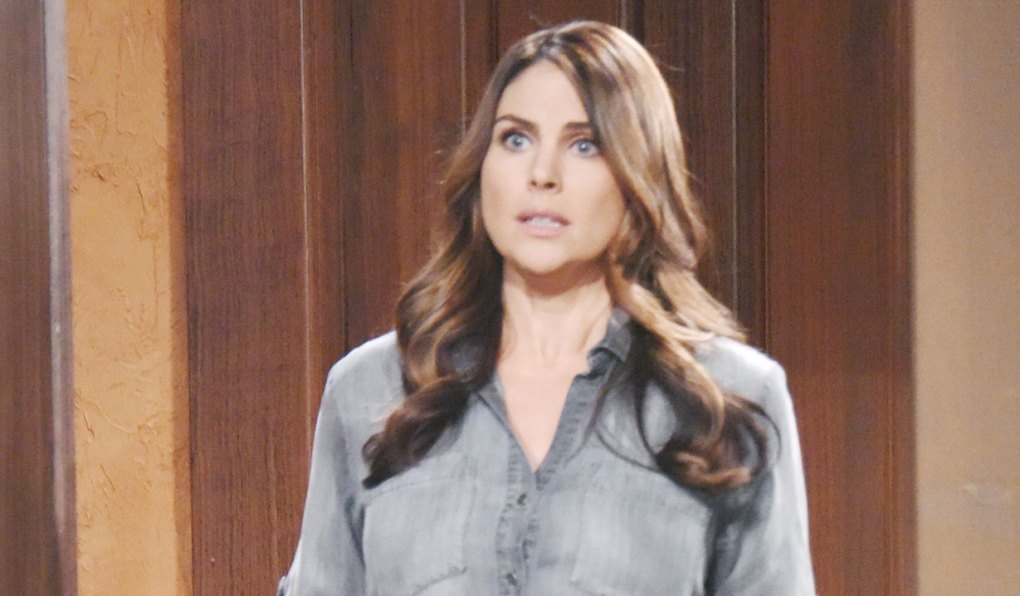 Soaps.com is back with another new batch of Days of our Lives spoilers. Though we have a few preemptions to report, there’s plenty of drama ahead as Brady hits a roadblock just as he decides which sister he wants, Eve or Theresa. Xander doesn’t make things easy on Theresa, and in Mexico City John and Paul face danger. Plus, stunning news reaches Salem in regards to Ben Weston…

In this week’s Deconstructing DOOL, slowly, yet surely, they’re writing Melaswen 2.0 or at least it looks that way to some!

In the latest Spoiler Digest, summer previews, furious and frustrated, we have new spoilers for all four soaps including Bold and the Beautiful, Days of our Lives, General Hospital and Young and the Restless.

Days of our Lives spoilers for Monday May 28: Days of our Lives will be pre-empted today, due to the Memorial Day holiday.

Days of our Lives spoilers for Tuesday May 29:

In Tuesday’s Days recap, Chloe commits murder while it “appears” as though Gabi did too, Paul and John save Chloe, while Eve decides to dump Brady for Tate’s sake.

Victor is furious when Sonny tells him about Leo’s lawsuit.

Gabi is set to be released from prison, but someone from her recent past stands in her way.

Brady is ready to decide whether he wants to be with Theresa or Eve, but before he can give his answer, he’s thrown a curveball.

John and Paul are caught by Mateo and his minions.

Days of our Lives spoilers for Wednesday May 30:

In Wednesday’s Days recap, Laura suggests therapy for Abby in Boston, while Gabi defends herself against claims that she murdered Diane. Also, Marlena and Hope argue over whether Ben Weston could recover from being a serial killer.

Stefan offers Kayla a deal to help Steve regain his vision – but it comes with major strings attached. Dr. Laura arrives to help Abigail integrate her personalities with Jaime Lyn Bauer returning to Days for another brief stint.

Gabi is on the hot seat once again.

Days of our Lives spoilers for Thursday May 31:

Guys! We were at Planet Hollywood in Times Square in NYC today chatting with Days Victoria Konefal – we invite you to check out our Instagram story where you can get a load of teasers about Ciara and Tripp and what’s to come with Ben Weston, AKA The Necktie Killer, and Ciara, who will become friends and possibly more unless Hope says anything about it! Follow here – tell your friends! Soaps on Instagram

In Thursday’s Days recap, Brady and Theresa’s romance is cut short when Chloe appears with Eve, to set Brady straight on what Theresa did to Chloe, while Marlena goes to visit Ben Weston, and Will tells Paul about the possibility he’ll regain his memory.

Xander continues to be a thorn in Theresa’s side. Tripp presses Ciara for an explanation when she once again pulls away from him.

Back from Mexico, Paul and John reunite with Will and Marlena.

In Friday’s More: Days recap, Marlena assesses Ben and finds him remorseful, while Paul is behind Will’s need to regain his memory, and Theresa’s lies catch up with her.

So fun! Interview: Fast five with Victoria Konefal where she dishes on her celebrity crush, some of the funniest and most embarassing moments on set and more.

Will and Paul debate whether or not Will should pursue a cure for his amnesia.

Chloe blows Theresa out of the water.

Dumped by their partners, Claire and Tripp find comfort with one another.

Marlena evaluates Ben and tries to determine if he’s telling the truth.

Duo returns again! Martha Madison and Brandon Beemer return to Days as Belle and Shawn. Fans can expect some great things ahead for their characters in Salem.

Stefan agrees to help Kayla get Steve his eyesight back if she helps him bring down Kate. Kayla agrees to it.

Theresa turns to JJ in her desperation to get Brady back.

Kayla wants Ciara to discuss her rape with Tripp but she doesn’t want to. Tripp begins to think Ciara’s not into him.

Claire and Theo break up.

Ciara walks in on Tripp and Claire in a compromising position. She takes off on her motorbike, angry…

Will takes a risk to regain his memory.