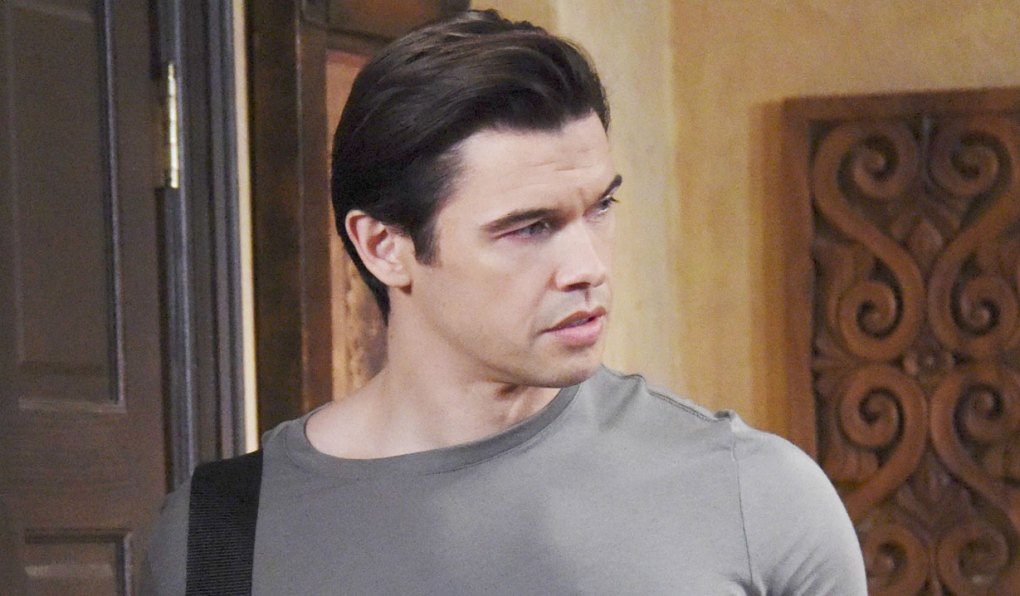 Soaps.com is back with a new set of Days of our Lives spoilers to add to the current May Sweeps storylines. Victor is at it again and interferes in Brady’s love life by presenting him with an intriguing offer in exchange for not marrying Eve. Down in Mexico City, Theresa makes a deal as well and ends up on her way back to Salem, where wishes are granted and two people share an unexpected encounter.

Days of our Lives spoilers for the week of May 14:

In this week’s Spoiler Digest, threats, disappearances, and deep trouble, we have new spoilers and May Sweeps for all four soaps including Bold and the Beautiful, Days of our Lives, General Hospital and Young and the Restless.

In the latest Days promo, Brady proposes to Eve, while John asks Marlena to marry him again.

In Monday’s Days recap: Kate wants Leo to help her frame Sonny for sexual harassment, while Chloe fends off the creepy Mateo, and Theresa runs into Xander and tries to convince him to work with her so she can get home to her family. Leo learns he has a surprising new boss.

Victor tries to persuade Brady not to marry Eve by tempting him with an intriguing offer.

In honor of Mother’s Day, Soaps.com looked back at the best and worst soap mothering moments, including storylines surrounding Sami and Marlena.

In Tuesday’s Days recap, Mateo hands Theresa over to Xander, which bodes well for the brunette, but she tries to find Chloe and Chloe is missing. Meanwhile, John and Marlena discuss marriage.

Theresa makes a deal with the devil for her freedom. JJ and Eve have an unexpected encounter.

Inspired by Brady and Eve, John makes a suggestion to Marlena.

Stefan and Kate face off. Marlena and John make a decision about their future.

Days of our Lives actors were among the 2018 Daytime Emmy winners. Get a play by play of the action through Soaps.com’s Daytime Emmy live blog, from the moment stars stepped on the red carpet, to the final winning announcement of the night.

In Thursday’s Days Recap: Hope stops Rafe from signing the annulment papers, Leo seduces Sonny at the office, Chad attacks Stefan, and Gabi informs Abby that she had sex with Stefan. Chad and Stefan have a violent encounter.

Days of our Lives actor Joseph Campanella passed away and will be remembered for numerous daytime, primetime and film roles.

In Friday’s Days recap, Abby accuses Stefan of rape, Gabi vows to make Stefan pay, Steve learns he may have a chance at seeing again though not if Stefan has anything to say about it.

Xander brings Theresa back to Salem.

Kayla and Steve learn there may be a chance for Steve to get his eyesight back.

View Soaps.com’s 45th Daytime Emmys red carpet video interviews. Not only does Eric Martsolf, Kassie DePaiva and Thaao Penghlis share the funniest scenes they’ve played as Brady, Eve, and Andre, another actress reveals a bump in the road regarding an upcoming romance.

Lani has a pregnancy scare.

Once John saves Marlena, he tells her they’re getting married in a big ceremony. Not at the courthouse. They start planning immediately.

Kayla learns that there’s a drug out there that could restore Steve’s vision. Once she learns who owns the company that produces the drug, she has to jump through some hoops to get it.

Gabi receives a visit from Chad.