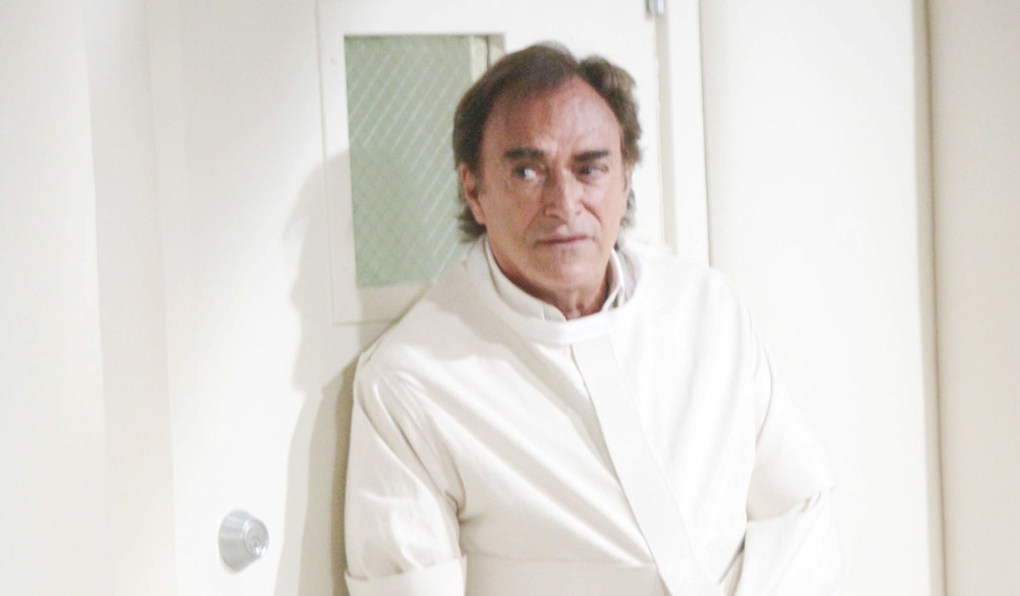 Days of our Lives Spoiler Video: Brady and Eric battle for Nicole

Hattie’s busted, and John and Marlena are rescued by Paul and Roman.

Hope has to arrest Hattie.

Marlena comes face to face with Hattie at SPD.

Hattie slips up and says she had an accomplice.

John and Marlena fear they will meet a “shocking” fate.

Sheila threatens to blow Bonnie out of the water.

The chaos at Bayview has unforeseen consequences.

Nicole makes a sacrifice for Brady.

Julie catches Eli and Gabi in a compromising position.

Rafe questions Hope about her reluctance to get married right away.

Marlena confronts Hattie, who slips and admits that she was working with an accomplice.

Marlena alerts someone when Eric tells her about Hattie’s strange therapy session with “Adrienne.”

Bonnie begs Hattie not to expose her.

Theo admits he wants to get back together with Claire.

Days recap: Hurt and drunk, Lucas tears into Sonny and then sees dead Will

Days column: The show either seems to be captivating or boring

Chandler Massey returns to Days of our Lives as Will Horton

Sonny and Paul have to tell Gabi their wedding is going to be a double wedding with Chad and Abigail.

Drunk Lucas makes a scene in front of Chad, Abigail, Paul, and Sonny.

Marlena tells John her wild theory that Adrienne might be the one who was in cahoots with Hattie.

Eli tells Abe he was fired from the FBI because of what happened with Gabi.

Sonny confides in Chad his conflicted feelings about Will.

Lucas pours his heart out to Will.

Chloe and Julie find themselves at odds.

Nicole makes a confession to Abe.

As candidates for the commissioner job, Hope and Rafe are put in a tricky position.

Brady indicates to Sonny he may not be willing to give up the CEO position.

We’ll see love, surprises, mystery and adventure. There are a few big returns, and some heartwarming stories coming.

Lucas resents that Sonny’s marrying Paul and moving on when Will cannot do the same.  There is an unexpected guest who arrives at the wedding and throws it into chaos. The person has an impact on both couples.

Nicole wants to stay working at Horton Center which makes Brady think it’s due to her wanting to be with Eric. Eric decides to leave Salem and Nicole’s reaction brings things to a head.

Walls are closing in on Hattie once Hope gets involved.

Bonnie’s still moving on with her plan to take Victor from Maggie. She gets a juicy tidbit and is able to exploit it and use it to move things forward.

Sami’s arrival will shake things up for many. It has something to do with Will’s return and her story will impact a lot of stories.

What the unexpected guest at the wedding has to say has a huge impact and begins a mystery and quest to Memphis to follow a clue.

Rafe and Hope’s relationship is tested. Abe suggests they both vie for the commissioner’s job.

JJ’s going to live out a cop’s worst nightmare that has a ripple effect on the town.

Steve and Kayla will come back together and Tripp will try to earn his way back into Kayla’s good books.

Eve returns to shake things up in the Kiriakis family. It leads her to a love story with a character who is already on canvas.

Tripp will be integrated with the other peers in his age group and will crush on Claire.

Lots of corporate intrigue between Kate and Andre and the personal dynamic between them is back.

Gabi finds her own way separate from Chad and Abby, taking the high road. She connects with Eli. “Will that grow into something more?”

A bachelor and bachelorette party airs in September. Some scenes are at the Brady’s pub. 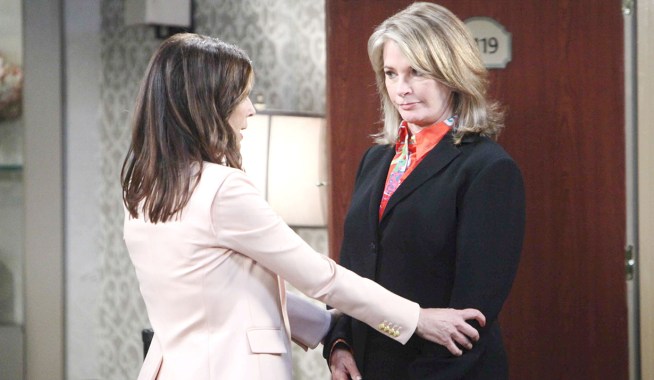 Days of our Lives Spoilers September 18 - 28 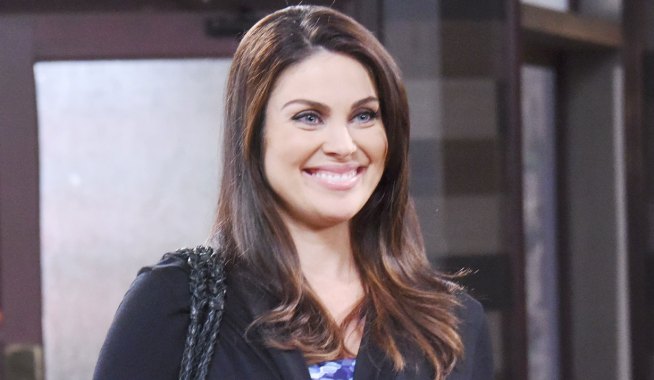