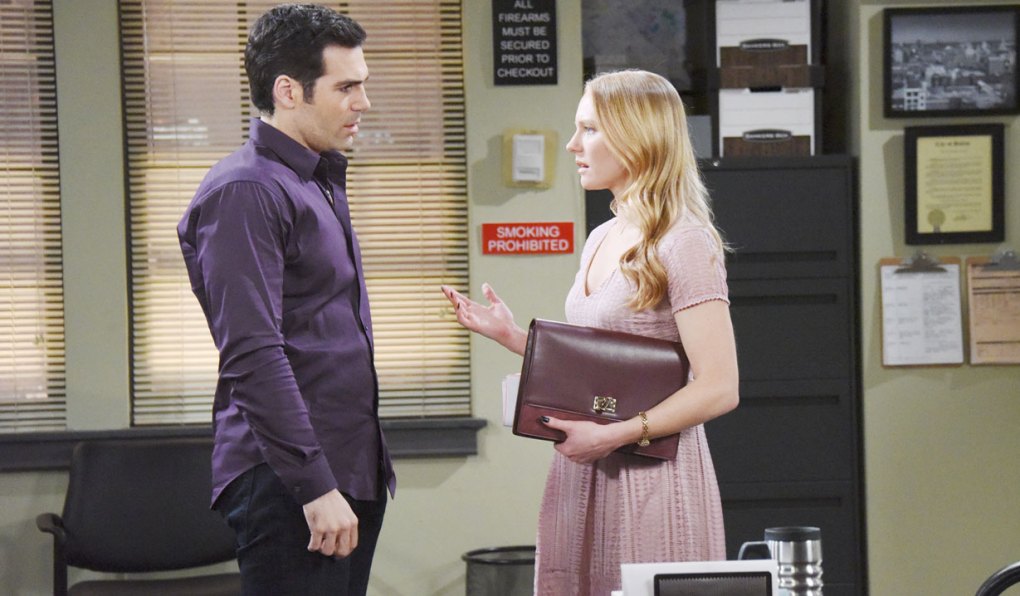 Deconstructing DOOL: A maddening week in more ways than one

Days of our Lives Spoiler Video: A verdict and a sex tape

Nicole blasts Deimos for his role in her kidnapping.

Tripp starts to formulate his plan to punish Kayla for Ava’s death.

An unlikely couple gets married.

Gabi and Chad talk about where they’re headed romantically.

Claire is horrified when everyone assumes the worst of her — including Theo.

While investigating Adrienne’s case, Steve encounters a face from the past. Morgan Fairchild will appear as Anjelica on Days

JJ warns Sonny that extreme measures may be used to take down Paul.

More: Days actors to compete in Battle of the Network Stars on ABC

Steve learns that Anjelica Deveraux is out for revenge against Adrienne.

Sonny tries to get through to Paul.

Lani admits to Eli that she’s not sure where she and JJ stand.

Jade is forced to make a confession.

Days Recap: Jenn talks Abby out of getting a divorce

Nicole is upset over news regarding her community service.

Gabi and Chad, realizing they might spend the rest of their lives on the island, cling to one another.

Dario presses Abigail to file for a quickie divorce.

Tripp shadows Kayla and gains her trust while devising a plan to frame her.

With help from an unlikely source, Hope and Rafe close in on Deimos.

Nicole and Brady are stunned by Chloe’s decision.

After a heart-to-heart with Marlena, Claire returns Ciara’s letter to Theo.

Sonny makes a big – and unpopular – move at Titan.

Coming up in September:

A bachelor and bachelorette party airs in September. Some scenes are at the Brady’s pub.