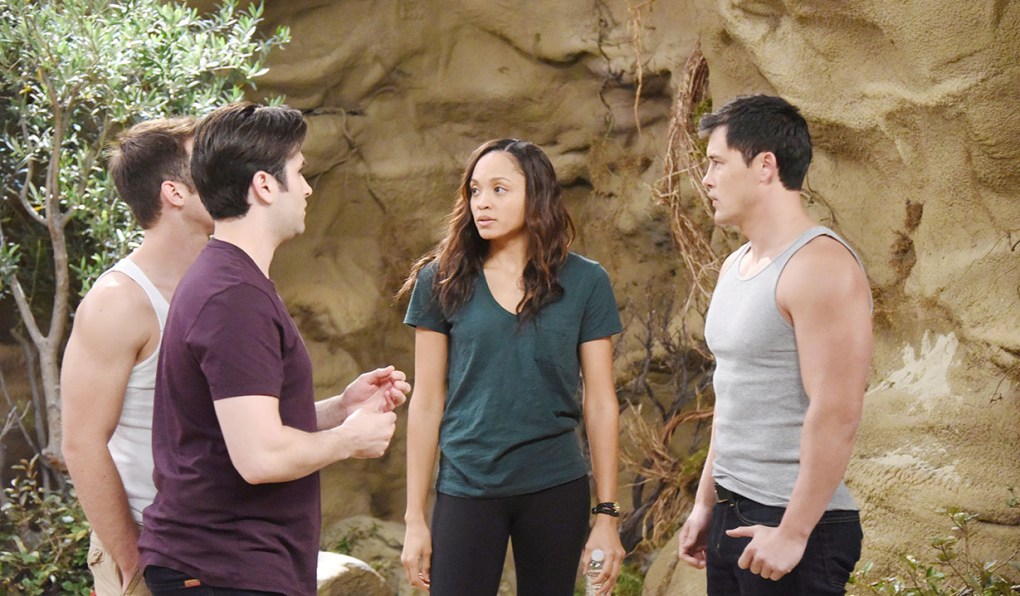 Days of our Lives Spoiler Video: A killer among the castaways

JJ and Lani learn disturbing news about the island.

John is summoned to return to his ISA mission and prepares to say goodbye to Marlena.

The castaways panic when they realize that Eli is missing.

Days Recap: Julie lashes out as the news of the missing plane spreads

Claire is furious when she learns what Jade has done.

Upset about Eli, Julie lashes out at Valerie.

Justin breaks the news to Adrienne that Sonny’s plane is missing.

Days of our Lives will not air today.

“Days of our Lives” will not air today.

Tripp starts to formulate his plan to punish Kayla for Ava’s death.

JJ warns Sonny that extreme measures may be used to take down Paul.

Steve learns that Anjelica Deveraux is out for revenge against Adrienne.

Gabi and Chad, realizing they might spend the rest of their lives on the island, cling to one another.

Dario presses Abigail to file for a quickie divorce.

Coming up in September:

There’s a bachelor and bachelorette party airing in September. Some scenes are at the Brady’s pub.