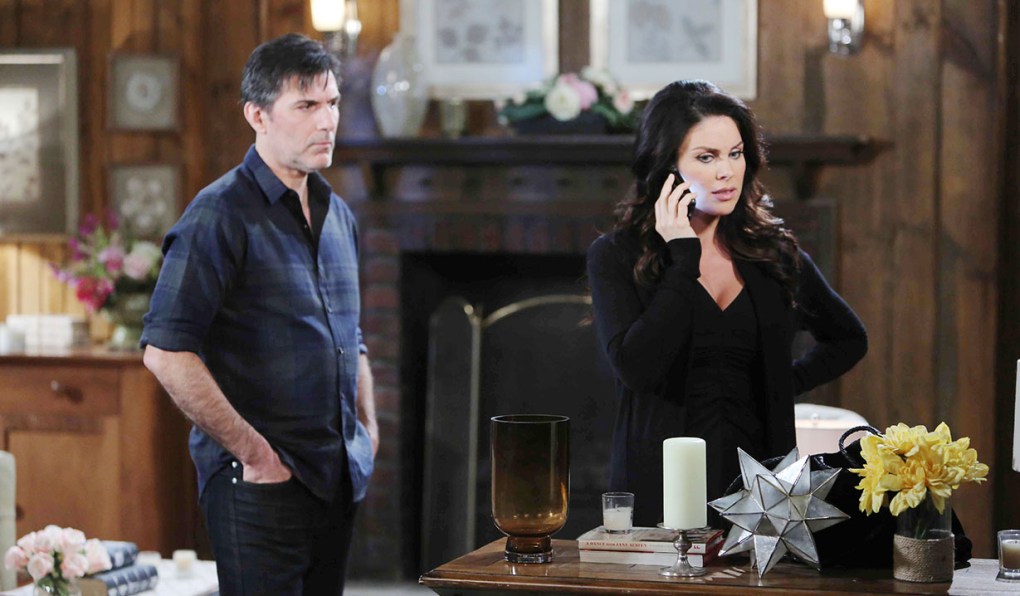 Deconstructing Days: Fantasies, flashbacks and ghosts made for a lackluster week

Days Spoiler Video: Deimos is out for revenge

A twisted friendship begins between Andre and Kate.

Chloe is horrified to learn that Kate is setting Nicole up to take the fall for Deimos’ murder.

Brady and Theresa announce to Maggie, Victor and Summer that they’re getting married in August.

Brady calls Summer on her lies and she admits to the accusations.

Aiden does all he can to remind Hope of the love they once shared for one another as they spend their first day at the Green Mountain Lodge.

Congrats in order. Ken Corday receiving a star on the Hollywood Walk of Fame

A sleep-deprived and stressed Theresa takes Tate out to the park and ends up falling asleep.

Nicole arrives at Chloe’s to speak with her in person, and is overwhelmed to find Deimos alive.

Deimos agrees to clear Nicole’s name on one condition…

Summer returns to her hotel room and finds a satchel filled with money with a letter of instruction.

A frantic Chad puts his men on the search for Abigail.

Blanca celebrates with Dario when she learns she got the job as a nurse at the hospital.

Chad is shocked by a note from Abigail he finds in the living room.

Deimos agrees to return to Salem with Nicole, who is both relieved and intrigued by what that might mean for them.

Philip has a surprise encounter with Chloe.

Deconstructing DOOL: Even with a few reveals, the week was still uneventful!

Days Recap: Rafe learns Aiden’s not who he appears to be

Aiden and Hope share a warm moment back at the cabin.

A suspicious Rafe gets the security footage from jail, and finds out Aiden visited Andre when he was in jail.

Nicole is upset when Deimos reveals he wants to get revenge on Kate first before he announces to the world that he’s alive.

This week from SOD:

Chloe learns about Kate’s claims to be married to Deimos and her plans to set Nicole up for his murder.

Nicole and Deimos agree to team up to take down Kate.

After Chloe watches Deimos and Nicole interact, she realizes he loves her friend and lashes out at him for using her.

Andre uses his charms on Kate. Though they don’t trust each other, Kate agrees to give him cash in exchange for his loyalty and support.

Hope and Aiden are headed towards making love, but the memories are too much for Hope.

Theresa reveals to Brady that she fell asleep while she was out with Tate.

Nicole questions Chloe about her relationship with Deimos.

Chad has a conversation with “Stefano” who tells him Abigail may not be what’s best for Thomas.

Andre reads an article about a downed private plane, this strikes up an idea…

Summer sits on a plane leaving Salem, and cries of a baby are heard right nearby…

There will be various familiar faces returning to “Days” in an upcoming big storyline such as Patsy Pease (Kim), Charles Shaughnessy (Shane) and Larry Poindexter (Father Louis). There are details in the Soaps.com’s Days comings and goings 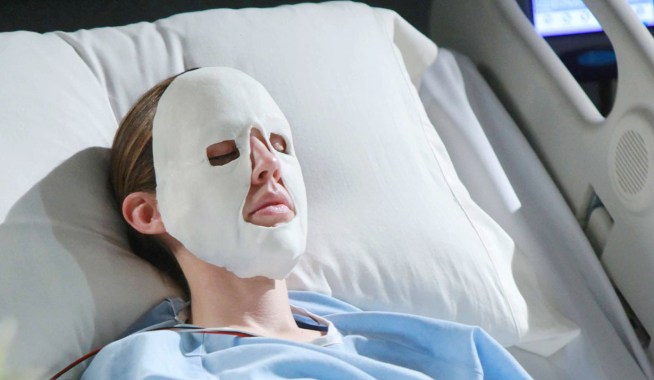 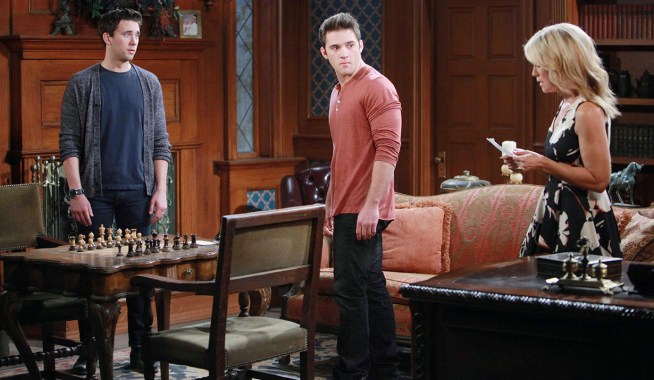