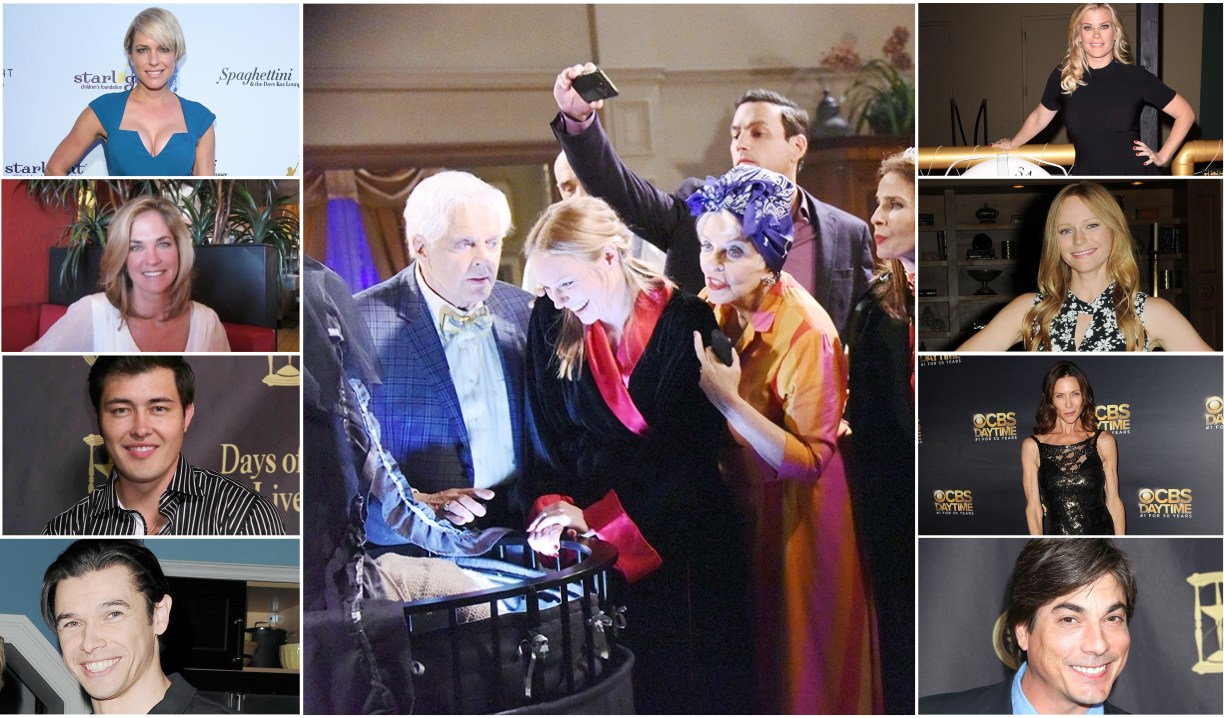 What’s with the mass exodus? In the month of November, we’ve already lost Nicole, though most refuse to believe she’s truly dead. We lost Xander, and according to our poll, 77% want Xander back as a fulltime villain. Eve is gone temporarily, Kristen’s gone, and we’re about to lose Sami, nu-EJ, Susan, Lucas, Paul, and Abigail, though Kate Mansi will replace Abs for a short time. For details on their final airdates, visit Days comings and goings and check out who else we’ll be seeing in Salem soon. On to the column!

Why should we care about Sarah?

My reaction to Sarah Horton’s sudden appearance in Salem was the same as when Rex Brady showed up. In last week’s Deconstructing DOOL, I called the cast bloated, but Rex is working for me. He fits right in. The verdict is still out on Sarah, and since we’re losing several players this month, and the 30s demographic will be empty, we need new blood. Both Rex and Sarah have strong family ties to Salem though nobody has spoken their names in maybe 37 years for Sarah and 13 years for Rex. The whole thing is truly bizarre, including de-Sorasing Sarah but it was smart to throw them into the thick of things, even though many agree their heads are spinning remembering who they’re connected to.

I love having Sami back but wish we’d have seen more of Sami and Lucas, not just the one quick scene. These two have always had wicked chemistry even as friends. It’s a shame they weren’t seen together more especially since Sweeney leaves next week. Same with Kate and Sami. That one scene made me want ten more.

Brady and Eve need a reboot

Brady has got to be the biggest screw up in Salem since the dawn of time. Amongst all of his failings, he turned to Eve for comfort and before sex, he neglected to mention that he boned Kristen. If Eve knew that before they hit the sheets, she wouldn’t have touched him with a ten-foot pole. Uh…there’s a cheeky joke in there somewhere. And really, Eve didn’t ask for the whole story before jumping back into bed with him? It’s frustrating for the audience to see them continue to make the same asinine mistakes. Yet…I feel bad for them both. Neither knows how to trust or has self-respect and all they want is to love and be loved. It’s good that Eve’s leaving Salem for a while because these two need a reboot.

We were right – Tripp set Ben up. So far, we don’t know why but I’m more intrigued by Ben’s story which revealed more abuse heaped on him and a twist – that he bought Clyde a necktie for his birthday the day his father allowed him to watch as he tortured, murdered a man and was forced to help bury him. It was all kinds of twisted but gave us a lot of insight into perhaps what made Ben crack.

It’s ridiculous to believe Hattie could possibly dupe a four-year-old child let alone John and Roman. But it happened, and Hattie caught on fast to John and Roman’s plan to have her sign divorce papers. Perhaps if they played the long game it’d have paid off but their scheme worked its way into her subconscious and gave us that excellent camp-filled Halloween episode. I found it to be off the charts phenomenal. It spoofed Rosemary’s Baby and Get Out, they brought back Princess Gina, showcased Lamon Archey’s acting chops, and reminded us of Marlena’s possession storyline. They even mocked themselves and furthered the storyline by having Hattie finally sign divorce papers. Most seem to have loved this episode, and those who didn’t thought it was ‘stupid’, ‘silly’, or ‘a waste of time’. In the end, Days can’t please us all the time.

Best lines:
Hattie, “There are a lot of loonies in this town.”

Hattie to Hope, “They canceled The Good Place? I love that show!”
Hattie to Hope, “You know what? You ought to put out an APB on those burial urns that look like cocktail shakers.”
Hattie to John, “The nerve of that dame trying to hang this thing on me.”
Hattie to Abigail, “So is it true, are you sorta the three faces of Abigail again?”

Abigail to Hattie, “I keep having dreams that I’m making love to someone.”
Hattie, “Yeah, who doesn’t?”

Hattie, “Wow, you get around.”
Hattie, “Were you in bed with Chad or Stefan or a guy with this fabulous mustache. Oh no. That’s Tom Selleck. That’s my fantasy. I’m sorry.”

Julie to Abigail, “If these walls could talk what tales they’d tell. Like the time you set fire to Ben Weston Faye Walker falling down the stairs in the foyer, and Kate Roberts -she plugged Vivian Alamain right over there. You know, if we all took a deep breath, I bet we’d still smell the blood.”

Eli, “I can tell they want to hurt me. Maybe even kill me.”
Julie, “I know, it’s that Gabi Hernandez. She just loves killing people.”
Abigail, “Who’s Jean Claude Xavier?
Andre, “He’s the answer to all your questions.”

Hattie to Princess Gina, “You just sat there on your lazy behind waiting for some guy to come around and rescue you? Come on! Come on where’s your self-esteem? Why not try loving yourself?”
Princess Gina to Julie, “You’re old what’s her name’s sister-mother.”
Hope to Stefan about Abigail, “She was always such a buzzkill. Drop her.” 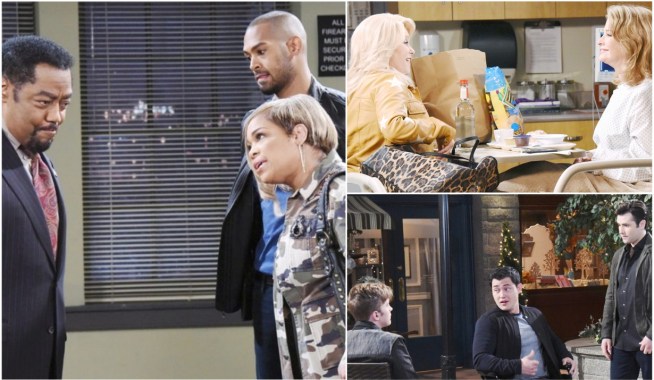 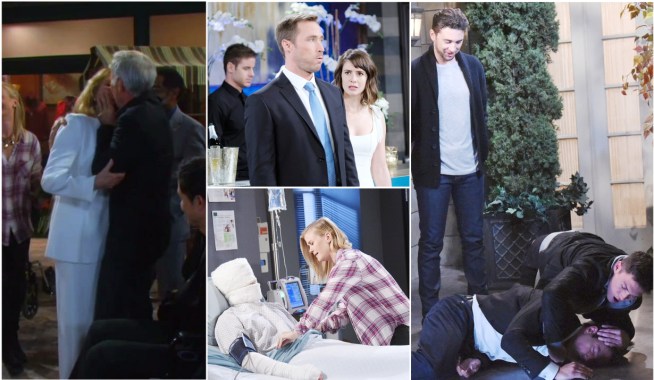