Deconstructing DOOL: Salemites Have More Problems Than the Average Joe 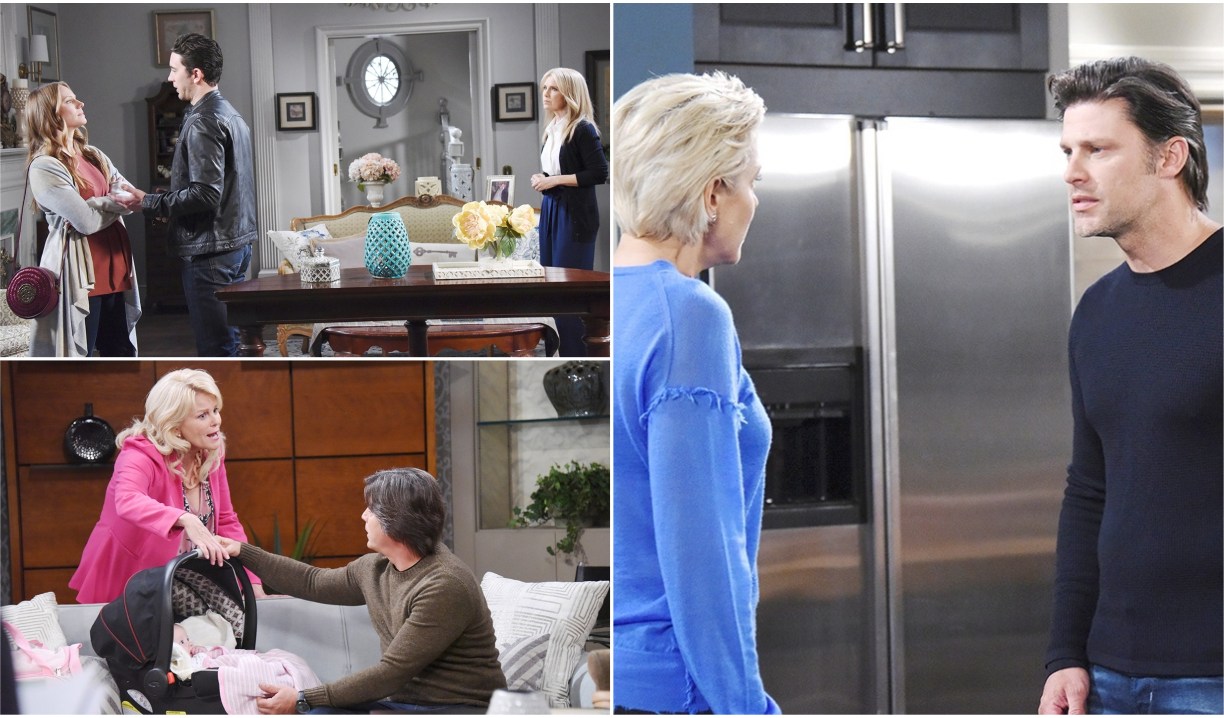 What a fabulous week we spent in Salem except for one or two big failures. I hope some Salemites never take a really close look at their lives because most have at least ten times the problems than normal people combined! Highlights of the week other than Sami’s continued presence included Hattie’s hilarious dialogue, dancing Hattie, Sami attacking Hattie, John’s facial expressions whenever Hattie said something stupid, and last, but not least, the blooper when Marlena used the word ‘ain’t’ when she asked John to ‘say it ain’t so’ that he married Hattie. Last week’s poll asked how many fans liked Hattie and was surprised that a whopping 43% love her. She’s growing on more viewers.

Ciara laid a passionate kiss on Tripp this week and asked him to take her to his room. When that didn’t clue him in she did what any other 50-year-old woman would do and asked him to “make love” to her. It’d have been sexier if they would have gone straight to her room after that passionate kiss, but they yammered on and on and turned off many viewers. As with her mama and Aiden’s first time, they used horrid blurry visual effects and cringey music. I felt for Tiara fans who I’m sure wanted more for their couple, though they did profess their love for each other. Then I noted how many Cin fans wondered if it was done purposefully so that when Ben and Ciara finally have sex it’d be incomparable. I admit it made me laugh aloud but I’m not sure if it had anything to do with Cin or if it just didn’t translate on camera the way they wanted it to. Mostly I was hoping they used a condom especially because last week in Deconstructing DOOL we speculated again about Tripp being our arsonist, and this week, more and more fans are surmising the same thing. And for those keeping track, out of 2,500 votes, Ben and Ciara won the vote on who is the hottest couple over Tripp and Ciara by a longshot.

So my curious ass watched the Tiara sex scene.
What in the 90210 sweet valley high trash was that? Was that suppose to be “steamy”?
Theres too much talking
Who picked out that comical music?
Tripp was kneeling, peach fuzz chest
Wack ass blurry lens
Her bra still on #Cin #Days pic.twitter.com/AQfUOL65Gf

Love them. These two are totally worth my time. I am here for all the highs and lows that will come their way. #Tiara

More: Days poll – who should Ciara be with Tripp or Ben?

If Kristen really wanted Marlena dead, she should have just shot her in the head and moved on. Otherwise, why bother? Sure the taunting was fun at first but then it was never ending. I’d prefer Kristen’s not a fugitive the entire time she’s back. I’d rather see her do evil things that don’t resort to murder. Like Stefano!

Nah why didn’t Kayla shoot Kristin in the kneecaps or something. I’m not getting over that @SheKnowsDOOL

This story’s a big failure

The writing for this DID storyline has not only been endless but has become even more abhorrent this week with Stefan forcing himself into Alice Horton’s home and pleading with Abigail to open up to him about personal thoughts, then having him attempt to hold her hand. It’s ridiculous to have Abigail to talk to her rapist at all. If Abby really wants stammering Chad back, she’s going about it the wrong way. I can’t even blame her. The writing for Abby, Chad and Gabi has made the trio so unrelatable and the story so unbelievable.

We figured that Mimi was Baby Bon Bon’s mother in one of our rumour digests. I’ve nothing to say on her return so far since she was onscreen for 60 seconds but Bonnie and Lucas’ fighting was pretty amazing. That passion! Surprisingly, I almost wished they were together.

Eric took the Salem time machine to get from Salem to Nashville to find Nicole and since I have no opinion on this yet, I will tell you that our spoilers have a lot of major reveals about these two coming up this month!

Hope’s surname changed from Brady to Hernandez in the credits and some fans went haywire, screaming that for 34 years they’d known her as Brady, and that it was somehow a slap in the face to Bo to change her surname to her new husband’s. She’s been married since February so this should be no surprise but sometimes as soap fans, we can be blinded by nostalgia. In this case I had no problem with the change and figure maybe the mourning is more about Hope being a shell of her former self and that Bo’s not back from the dead like every other character.

Ciara to Ben, “It’s not fair of me to have you live here too. It confuses things.”

John to Marlena, “The role of Dr. Marlena Evans is now being played by Hattie Adams.”

Hattie to Sami, “I’m like a cockroach. I’m unkillable.”
Sami, “You’re comparing yourself to a cockroach?”
Hattie, “Oh gosh no.”

Sami, “I’m not leaving here until I see what’s underneath that gown.”
Hattie, “Get outta here you little pervert!”

Victor to Maggie, “Our home has turned into a cracker factory.” 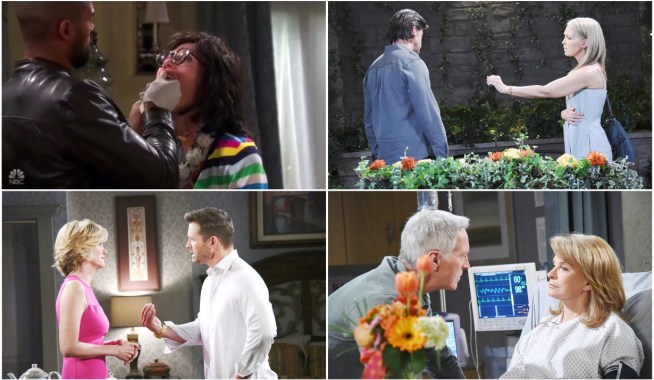 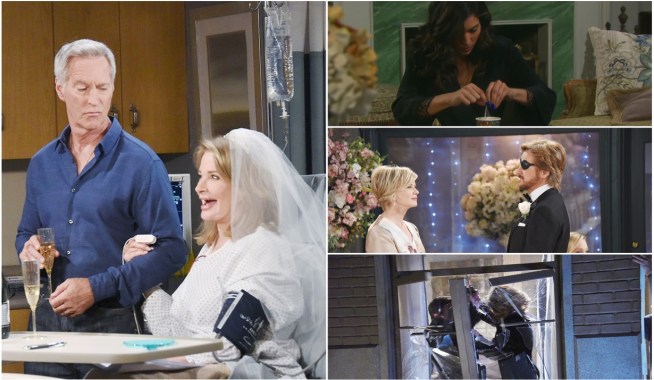