Deconstructing DOOL: Gabi’s Got a One-way Ticket to the Psych Ward 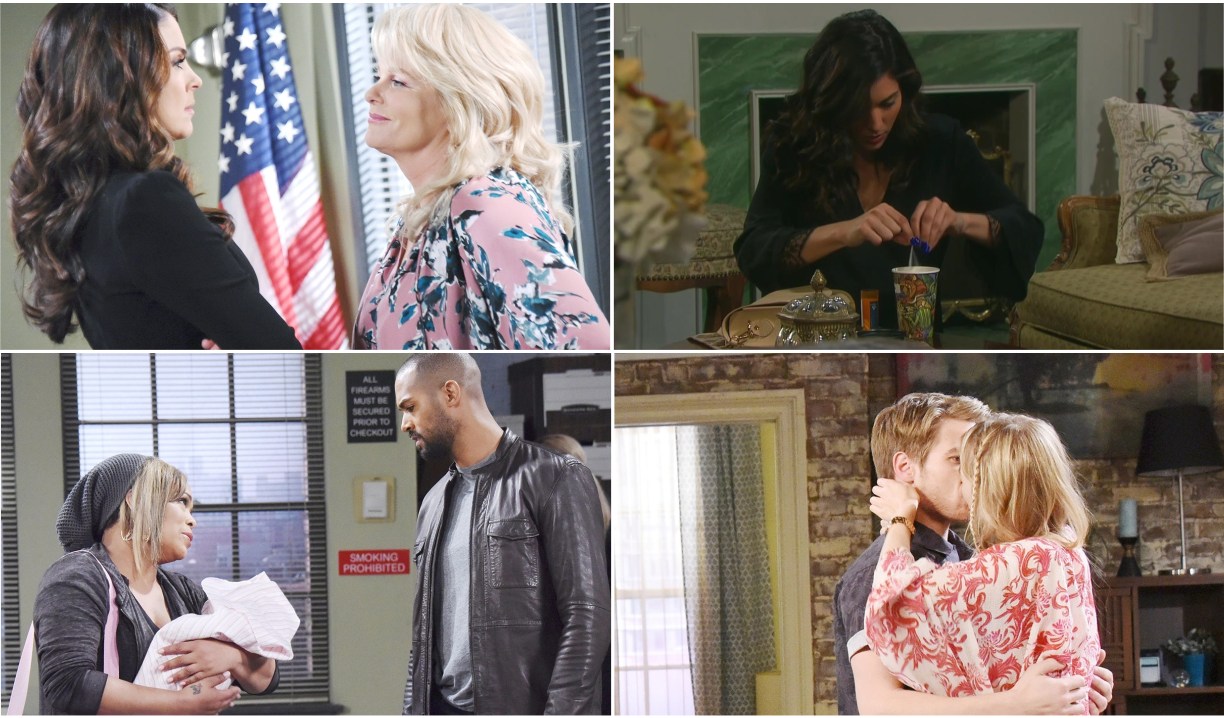 Last week in Deconstructing DOOL, I found the storytelling and acting powerful, and this week is no different. A lot of crazy fun happened and there’s been a lot of hilarious dialogue to highlight the storylines. I’ve a lot more to say about it so without further ado…

As usual, fans are divided over Hattie’s return and I am loving it. I’ve found Hattie to be funnier than ever and the story is classic old school soap. Hattie’s also had some of the best dialogue. As long as she doesn’t overstay her welcome, I’m here for this. Meanwhile, Sami’s still beating herself up for shooting Marlena – which we are now learning may not even be the case, while Eric’s acting like he somehow, he involved. Yep.

If Lani isn’t ready for Eli then I’m ready for Sheila and Eli. Give me more of them!

One-way ticket to the psych ward

While I have always appreciated Gabi’s anger at Abigail and Stefan putting her in prison and basically being responsible for her beating, like Kate, I find the revenge plot too nasty! It’s campy but many voiced that they’d like to see more real vulnerability being played. Still, I’m intrigued by it and find it amusing except for her drugging a pregnant woman and trying to make her think she’s “going crazy.” It seems as though Gabi could be the one committed, instead of Abby.

Side note – do we care how Gabi got pregnant Abby up the stairs by herself?

From one murderer to another

Hope arrested Ben, declaring new evidence was found in the ancient arson case. Yep. And when Ben accused Hope of planting evidence, she told him, “I respect the law, unlike you.” That’s comedy gold. Shawn is having second thoughts about his mum and Rafe flat out accused Hope of setting Ben up, reminding her, “It’s not like you’ve never broken the law before.” Amazing. But I’m not sure she did it. Unless she’s Nighttime Hope again, Tripp could be our guy. We all saw what he did to Kayla. He’s motivated to get Ben out of Ciara’s life. Since Wyatt’s returning, he could be involved. I don’t think Claire would be a part of this since she wants Ciara busy with Ben, so she can be the consolation prize with Tripp. Cringe. Another idea some fans have is that Ben really is guilty. On a side note, and this is a highlight, Hope finally remembered that Claire’s her granddaughter!

I have to admit that though I usually say Nope to Rope, I did enjoy their arguing and that hot make-up kiss. I know. I’m as shocked as you.

I’m hoping the fighting will lead to a divorce

Hel, has frozen over. I actually liked Rufus today.

Tripp lost points for kissing Claire again and then telling Ciara, “It wouldn’t have happened if you were here.” At first I was pissed and thought he wanted Ciara to babysit him in case big scary Claire went at him again and he couldn’t shove her away with his spindly arms. Then I realized he meant Claire wouldn’t have pulled that stunt if Ciara was around. Either way, he was into that kiss. Has anyone else noted that another week has gone by and Tripp either doesn’t know Steve’s been arrested or he doesn’t give a shit? At least Kayla got to talk to Steve but what a downer that we can’t even see Steve’s face. I’d have preferred if he was at least able to say goodbye to Kayla. In person. On canvas.

Lucas just learned he’s Baby Bon Bon’s father and I’m not buying it. With Mimi and Rex returning, my first thoughts are that the baby is theirs because perhaps in Salem-world, that could be why the markers matched Lucas. He’s Rex’s half-brother. The highlight in this story was Chloe threatening Bonnie by confiding that she snuffed El Fideo. This is the Chloe I’ve always wanted to see! But why she went to Brady for relationship advice was beyond anyone’s scope. Even Brady’s. That was priceless.

Best lines:
Hattie as Marlena to Belle, “You’re the person who tried to pull the plug on your mother.”

Hattie as Marlena to Sami, “John, get her out of here. Before she finishes me off.”

John to “Marlena,” “What the hell’s the matter with you? Was that really necessary?”

John, “I was just telling Hattie how important it was to accurately portray Marlena.”
Hattie, “I’m thinking she would want some pudding cups and steak.”

Rafe taunts Hope, “You gonna suspend me or fire me? Go for it.”

Hattie about prison, “It wasn’t as though someone could “alakazam me out of there.”

Hattie, “One second I’m flipping flapjacks in Cellblock C and the next second I’m in front of the Big Poohbah.”
Hattie to John, “Oh that reminds me. Is Roman still single?”

Hattie to John, “You could just go over to the Brady Pub and get a little something and bring it back here. While you’re there, why don’t you get me a cup of hot steaming Roman?”

Ciara to Tripp, “Wouldn’t you rather be kissing Claire?”

Chloe to Bonnie, “Isn’t that uterus of yours just a bit too dusty to carry a child?”

Hattie to Belle,  “Did you ask for the, sorry I almost killed my mom bouquet? No, that would have been bigger and brighter.”