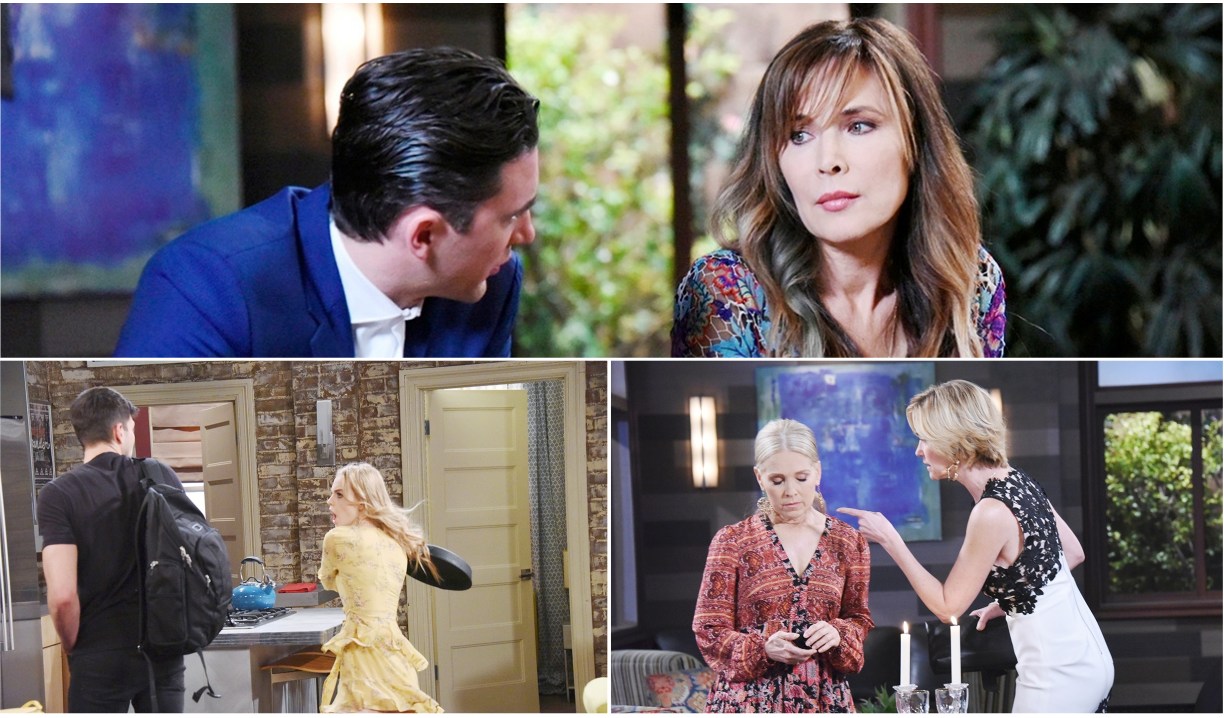 Friday ended a drama-filled week in Salem with must-see intrigue, some romantic scenes made us swoon, Chad and Eric went in on a 2 for 1 shave and a haircut deal, JJ’s lack of recycling his water bottle in the Horton square shocked some, while Gabi’s vendetta storyline intensified with Kate as her new ally, and… some of our characters aren’t being true to themselves.

@SheKnowsDOOL I have great respect for the writing for Marlena. It’s usually compassionate, exactly what you want to hear, and wise. Why can’t ANY OTHER character approach this? Ron is making buffoons of them all. Hope’s a dope, and Brady, well don’t get me started.

Breakfast in bed.
John and Marlena got more than 2 minutes of airtime Friday when John surprised Doc in bed with strawberries, chocolate, and sex. I can’t remember the last time a vet was seen in bed. It was a sweet scene. Fans were treated to a little more of their wedding plans and Sami’s still MIA. I wondered if Eric’s words about Sami making a grand entrance and then wondering why everyone was worried is foreshadowing her return. It went a long way toward building up the excitement for the wedding.

There’s no shortage of drama where the corrupt cops and the town serial killer are concerned.
Claire saw the Necktie Killer in her loft and reacted in a way that would have made Bugs Bunny proud. When she hit Ben over the noggin with a frying pan, he spun around and probably saw stars. It’s one of the highlights of the week. Maybe Claire should be portrayed with more humour. She was in her element. Then she ran to tattle on Ciara to her mama who came running, gun in hand. Hilarious. Hope raced over, gun drawn, ready to off the Necktie Killer. Rafe became the voice of reason. Many ranted that Rafe has no business acting like a father figure to Ciara but like it or not, or should I say like Rafe or not, they’ve always had a good relationship. I loved Bo too but it’s never a bad thing when more than one person loves your kid.

I’m tired of this Ben storyline already. Now we’re going to be treated to months of “poor Ben” stories.

That was some rock, Eric.
Speaking of weddings, Jenn isn’t the only one who thinks Eric was being impetuous with his proposal. It was a huge surprise to everyone. I wasn’t a fan of how low key it was and of course, it’s anyone’s guess if it’ll come to fruition considering Nicole and Jack are returning. Sadly, the highlight of this story was Jennifer and Eve’s confrontation. These two have a special kind of chemistry that I can’t get enough of whether they’re being friendly or not. It’s a shame that the proposal wasn’t the highlight. Perhaps if it wasn’t merely plot-driven and JenEric were written in more often. Not seeing their relationship – any Salem relationship progress is a downer.

Mini-Kate.
Though I’ve had issues on and off with Gabi’s vendetta against Abigail, I enjoyed Kate and Gabi’s scenes where they both made confessions and agreed to work together to take down Stefan. Gabi’s becoming Kate Junior, which is oddly amusing and frustrating at the same time for some who like all parties involved. Last week in Deconstructing DOOL, I found Gabi too whiny regarding her revenge plot but with Kate as her mentor, she already seems to be moving on to serving her revenge cold. Even Kate, who was visibly uneasy about sticking it to Chad, finding it cruel, still did so to save #1. That’s classic Kate. That said, that means poor Abigail and Chad are being ripped up and ripped apart because of Gabi’s lie. It’s a shame nobody in Salem ever gets a second paternity test, knowing that results are changed in 80% of them.

Muted emotions, poor dialogue, and bizarre behaviour.
I couldn’t blame Chad for running out on Abigail after hearing his brother knocked her up. It was a tremendous shock, but I haven’t felt any emotion coming from him during this entire reveal. Even the dialogue for him was muddled. Instead of stammering, I would have loved him to yell, scream, cry, or throw things. Anything. Maybe his new DiMera persona is the cause of the change. Beats me. Abigail’s behaviour has been just as bizarre to some. I respect her wanting to take responsibility for her alters, but some wonder how she justifies picking and choosing what she takes responsibility for. She’s being accountable for Gabby’s decision to have sex with Stefan winding up in a pregnancy, though he raped her, but if she’s going to have this kid, shouldn’t she also be culpable for lying in Gabi’s court case and the attempted murder of Vivian, Kate and Marlena? That was rhetoric. I don’t believe she should spend time in prison but many agree she should be in a mental institution for longer than three weeks. Does somebody at Days dislike this couple? Because by the way they’re being written it sure feels that way.

Chad acting like an ass towards Abby. Slut shaming her and ignoring the fact that she’s mentally ill.

Dear #Chabby fans, welcome to Ron’s #Days of our Plotlines!

That’s just one person’s opinion and I encourage you to share your own in the comments. 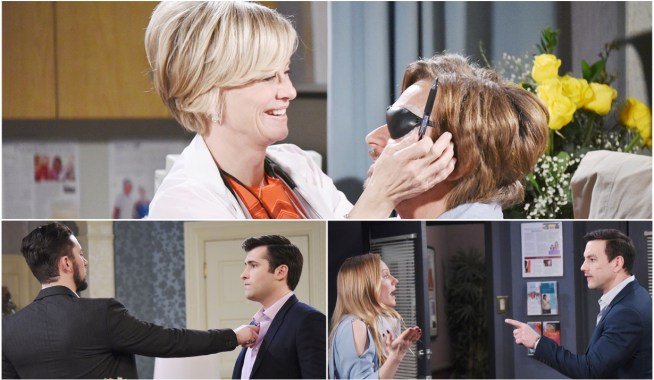 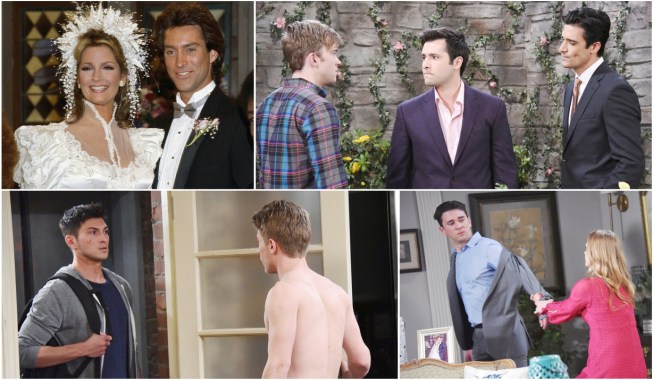