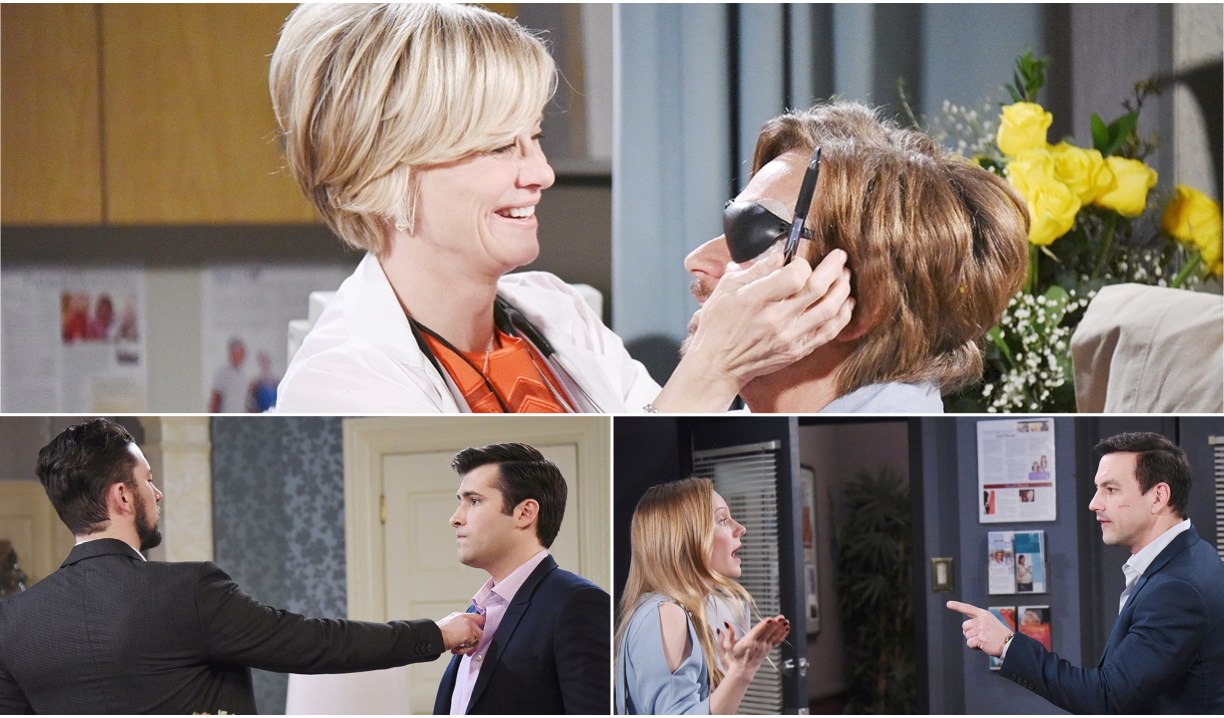 The theme of the week is whining from our beloved Salemites. Last week in Deconstructing DOOL, the theme was lost brain cells. We’re still dealing with stories having impressive beginnings, and striking endings but the middle sags when story continues to happen offscreen, making the majority of viewers unable to invest unless they’re devotees of one couple and can overlook just about anything.

these SLines seem rushed n not thought thru..leaves me scratching my head instead of enjoying the story #Days

“This baby was not conceived in love.” – Abigail DiMera
Abby decided to keep her baby, which is pretty much in line with what anyone would have expected from her. It’s good news, considering eventually the truth that Chad’s the father will come out. Stefan needs to stop talking about “having sex with” Gabigail, especially when Abigail has made it clear several times that it was rape. And if they could stop showing the flashbacks that’d be great. It’s difficult to believe that Stefan thinks anyone cares that he’s hurting over losing Gabigail. Wah wah wah.

Sonny’s passion.
I appreciate that Sonny is so passionate about Titan that he can’t let anything terrible happen to it. Since he’s powerless to change whatever Chad has in store for the company, and Victor won’t listen to his input, he may as well get a job elsewhere. He was happier before he started working for Victor.

More: Bold and Beautiful star joins Days of our Lives

She’s a broken record.
I like Gabi. Right now, though her bitterness is coming off as being whiny. All that self-talk in public reeks of James E Reilley’s writing of Days and Passions which goes on a tad too long and isn’t necessary. Lighting the paternity test results on fire in plain daylight was…odd. It’s embarrassing to me that she tells anyone who will listen that she “can’t” have children when not only is it personal but it’s not even the diagnosis. Kayla said there was a “chance” she “might not” have children. While it’d have been devastating news if she wanted them and the audience knew this, she’s never mentioned wanting more kids so it’s difficult to feel for her or suspend disbelief in this instance.

She’s playing the long burn! I get it but I’d rather see Gabi and Stefan bury then hatchet.

She did a bad, bad thing.
We’ve accepted and even embraced Salem PD being a joke over the decades. But what Hope did on Friday’s episode was appalling and so not the Hope I grew up liking. I am not sure any Salem cop has done anything as dreadful as watching one person attempt to murder another person. Her explanation was that she flashed to seeing Ciara  in the fire which must have been terrifying but WTF? Maybe she needs to resign as commissioner because this is ridiculous. Beyond that, the scene was powerful, with Eve confronting her kid’s murderer and Ben basically letting Eve hurt him, not knowing how to ease her pain.

Missing scenes.
Steve’s sight loss story had a strong beginning, an astonishing twist, and then after Steve went blind, the story faded into the background while Steve honed his other senses offscreen better than Ray Charles and Stevie Wonder put together. Obviously, Steve was always going to see again but if he was on the front burner more, showing us how he learned to cope it’d have gone a long way toward this being even a ‘good’ story. Luckily, the actors were able to pull off an epic scene filled with love when Steve was finally able to see after those bandages were removed. This was the highlight of the week even it felt rushed, much like Lani’s baby funeral that lasted two minutes. What is it about the vets rarely being seen this year? Surely, they’re worth more than two solid minutes per week?

Holy Cow!
Kayla just told a story that was before MY time – I had just started watching when Renee DiMera got killed. I didn’t even know Kayla was on the canvas then. #DAYS @SheKnowsDOOL

Wicked power couple.
Kate’s initial reaction to Ted having Ben Weston as a client was shocking – the slap to me was unexpected and ridiculous. Do women really slap men anymore? We knew Ted working with Ben wouldn’t be a deal breaker since she and Ted are similar creatures, but what happens when Kate learns he’s behind the mystery letters? I’d love if these two could find a way to boot the rapist out of the DiMera mansion and move in there as the wicked power couple on the hill. That’d be more interesting to me than Stefan-no.

How fun would a “day in the life of Ted” episode be?!

Jennifer Rose is kicking ass and taking names.
Jenn’s at her best as mama bear and she’s oddly the only one who seems to care about finding out who set JJ up. Jenn quickly figured out that the social worker was on the take. I can’t wait until Monday to see her deal with Eve and Victor. If the audience could have actually seen her find the information, it’d have kicked up this storyline. 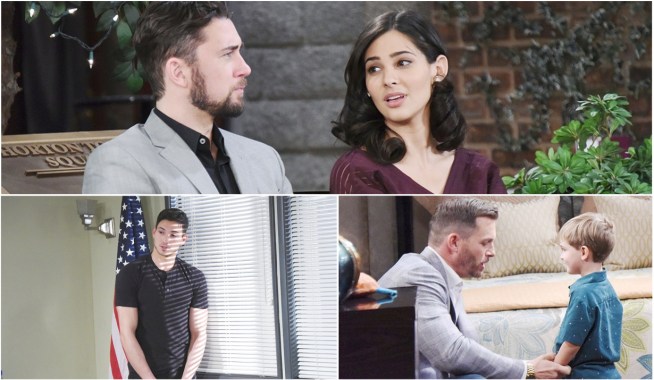 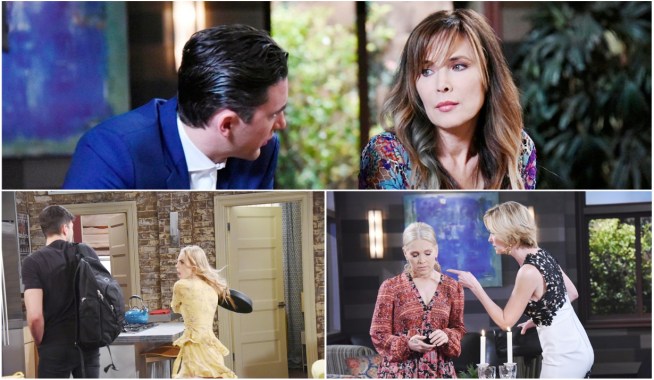