Deconstructing DOOL: Days Jumped Into May Sweeps With Bedlam 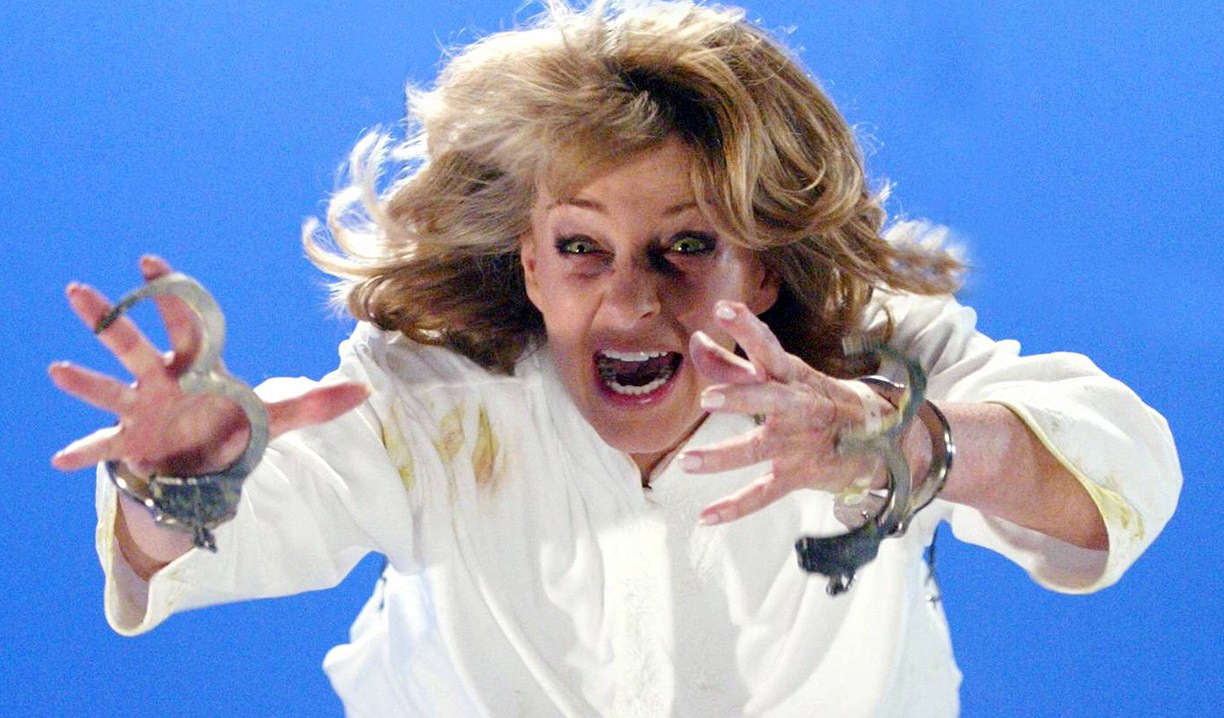 Congratulations to Days for winning so many Daytime Emmys. They took home statues for best writing, directing and best soap of 2017. This was a long time coming and well deserved. I was also happy to see Greg Vaughan win a supporting actor award and James Reynolds taking the lead actor statue. I didn’t realize how sadly accustomed I’d come to watching Days lose inexplicably year after year until they broke their losing streak Sunday. Hopefully next year we’ll see more of the same!

Kidnapped to Mexico.
Nancy didn’t tell her daughter not to talk to strangers and now Chloe is in a fine mess, drugged, kidnapped and forced to sing for some horrid drug lord. I suppose it could be worse. At least he’s not after her Lucky Charms. I suppose he has Theresa to fulfill those needs. Gross. Why do I even go there?! Chloe and Theresa’s scenes were intriguing. Jen Lilley’s been gone for a long time but she fell back into portraying Theresa easily, and already we can see this will be a difficult journey ahead for everyone involved when she returns to her family.

How did Chloe end up in this position ? I thought she was smarter than this @SheKnowsDOOL

Bedside vigil.
Our Maggie isn’t Maggie unless she’s sobbing and this week she cried at Brady’s bedside, worried for her step-grandson but at least, thank-goodness, she believed him when he told her he didn’t take a drink or rig the Bella contest. She even forced Claire reveal to Eve that Brady never helped her cheat, which should mean Eve and Brady will reunite – you know, just before Theresa gets back! Thankfully, Marlena shared that there was no alcohol in Brady’s tox screen but some unidentified drug. Good news though I’m not sure if they’ll be able to figure out where the drug came from.

Oddest scene: Did anyone else think it was odd when Maggie just waltzed right into the loft as if she lives there?!

The Secret Dungeon.
I’ve been calling the room Marlena, Kate and Vivian Schmivian were held in the ‘Secret Room’, and the studio PR calls it ‘the dungeon’. The true Secret Room was accessed from the wine cellar, while this room is accessed from a hallway, so I’ll split the difference and call it the Secret Dungeon. It’s been a slice, having the threesome in Gabby’s er tastefully uh decorated boudoir, all the drinking, the sniping, the laughter, Marlena flashing back to her possession (OMG incredible) and those great zingers made this the highlight of last week and this week. It also showed us just how volatile Dr. Laura is. Days should do a spin-off and have Marlena, Vivian, and Kate as the next generation of Golden Girls. They could bring Maggie and Julie in as guest stars and Hattie appearing once in a while. I would watch that, especially now that Louise Sorel is leaving Days as Vivian and in (spoiler alert) such a final way. What a tragedy for the show and for me, a big fan.

Gabigail’s very DiMeraesque.
Dr. Laura confessed it was she, not Stefan, who locked Marlena, Kate and Vivian in the Secret uh… Dungeon. She was also the first to finger Abigail for murdering Andre. All of this makes me wonder if Dr. Laura killed Andre. I mean, even “Gabby with a y” was freaked out upon hearing at what lengths ‘the protector’ will go to guard Abigail, when she tried to off Marlena, Vivian and Kate. I love that Marlena didn’t pull any punches when she questioned Lauragail about who exactly killed Andre and if that was when Abigail split. Of course, Lauragail lied that Gabi Hernandez killed him so we’re still speculating on what happened that night. Gabigail surprised me by requesting immunity in exchange for Marlena, Kate and Vivian’s whereabouts. It was very DiMeraesque! Chad finally found out that Abigail has multiple personalities. It was fitting that Kate broke the news. He responded by doing what he always does and stammered a lot as he racked his brain to make sense of it all. Overall, the scene was kind of an anticlimactic. I don’t know what I was expecting but at least Chad wondered the same thing we did which is if Abigail split when Andre was murdered, then why was Gabigail seen on the security footage beforehand? I can’t wait for the mystery of who really killed Andre to come out because I’m getting antsy. Last week in Deconstructing Days: I felt the DID story had no emotional beats but with May Sweeps upon us, things should get better. Already, we were treated to a poignant reunion between Chad and Abigail. And with Ben’s reappearance, could he somehow be the key to Abigail getting better? Either way, it’s good to have Robert Scott Wilson back and on contract. He does ‘creepy’ so well!

I think Ben is the key for Abby to get strong and become the only personality.

Now we need a Ben Stefan confrontation , I’m there for that I’m sure Ben could take him in a NY minute ? #days

This is just my opinion and I’d love to hear yours – popular or not! I’ll be taking next week off to mourn over the upcoming loss of dear Vivian Alamain (just kidding – this was planned) but Lori will return with her own column about the goings on in Salem next week.

Vivian to Kate, “If you come any closer, I’ll dye that ridiculous blue streak red.”