Deconstructing DOOL: Deprived of Emotional Beats in DID Story 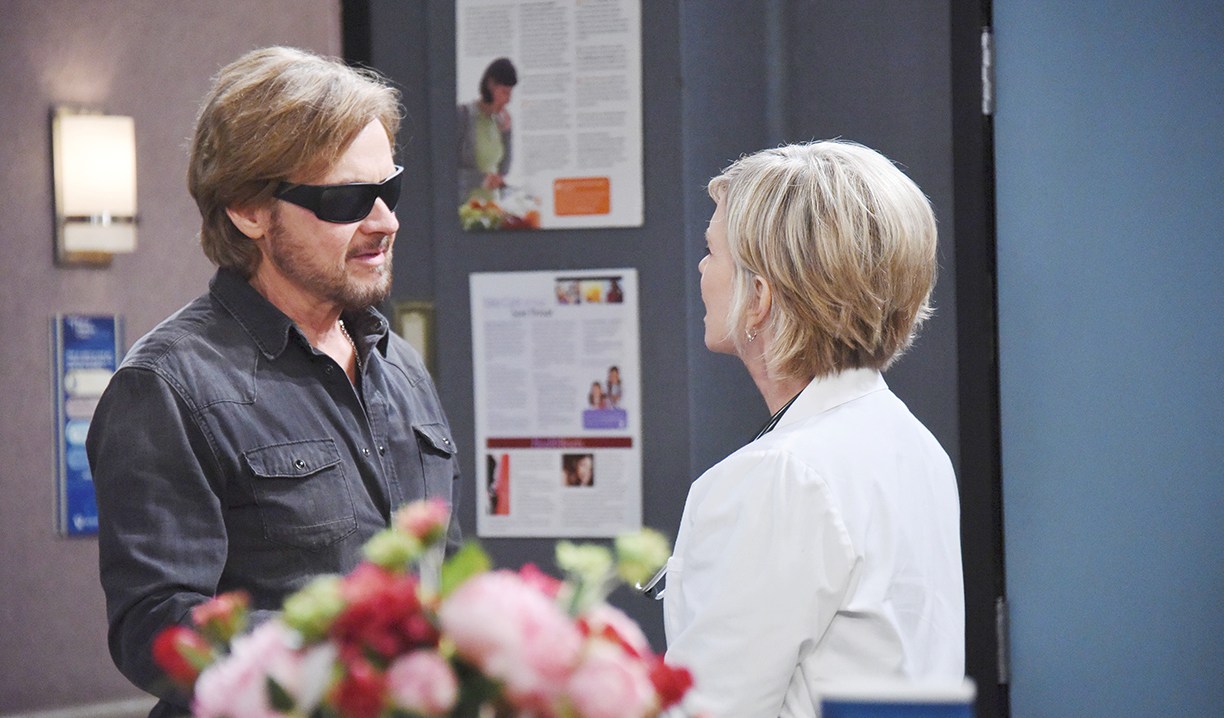 Days of our Lives has had a prime opportunity to raise awareness for mental illness during this DID storyline but instead, we’ve seen more mocking of the mentally ill these past few months, and nothing of how the illness has been affecting Abigail or her family. Recycling this storyline from a defunct soap is fine but not changing it for the times is a pity. Even Salem’s resident psychiatrist of all people allowed Vivian and Kate to spew their ignorance about Abigail’s illness and never corrected them. Not every character needs to be sensitive to mental illness and nobody expects it from my Vivian, but Marlena should be, and she should be enlightening the others.

What about Steve?
I wish this storyline was getting the attention it deserves. It’s ridiculous that after a week Salem time, Steve suddenly is so comfortable with his blindness he can roam around Salem unaccompanied and that his intuition is somehow heightened with Tripp. This storyline has somehow progressed off screen, leaving us with another missed opportunity to tell a poignant story about a beloved character and how he and his family deal with his sudden blindness.

What would Sigourney Weaver do?
Kate, Vivi and Marlena are strong, intelligent and capable women who have been sitting around the Secret Room waiting for a man to come rescue them instead of figuring out ways to get out of their predicament. What? That doesn’t ring true for these powerhouses. There is a myriad of ways they could have fooled Stefan when he came to give them meals. Now that he’s half dead what’ll they do?

I know Marlena and Vivian think Abigail is Andre’s killer, and Andre’s uh specter or whatever has been trying to get Abigail to remember who murdered him, making it look as though it was Abby, but I don’t get how it couldn’t have been Gabigail. She’s the only one of the three personalities who adores bashing people in the head, there’s still no reason why Abs would hurt her BFF and as I’ve mentioned before, Gabigail was the one seen walking into Andre’s office before his death and then walking out afterward, with the urn lid in her hand. So frustrating!

For once, it’s not brainwashing.
I love that for once, someone assumed a character’s been brainwashed. I don’t think that’s ever happened before. Chad may be wrong about Abby being brainwashed, but he’s right in saying Stefan raped Abigail. Many fans have complained that Chad’s been spending too much time supporting Gabi in her trial and in prison, while ignoring his wife. If he was around Abs more, would he have seen what was really going on? Could Chad have stopped this? How gross that Chad had to find his wife in bed with his brother. While I loathe Stefan O, during that violent beating, I wished Chad would have stopped and just run after Abigail. Now, Chad could be facing prison time.

Best scene: Chad and Jennifer’s heartache over learning of Abigail’s rape tore at my heart. Finally, a reason to enjoy this story.

These are the emotional beats we’ve been deprived of throughout this story arc.

More abuse laid on women.
Gabi has had visitors almost every hour in the pen, which is unrealistic, but the minute she’s alone, she’s beaten up by Commander Raines’ girlfriend Diane, who was never mentioned before. Uh what? I don’t get the point of beating Gabi to a pulp. It’s so gratuitous. And honestly, a scrappy woman like Gabi should have at been able to take Diane down.

Another kidnapping of a woman.
Many viewers have wondered if Ron Carlivati hates women. I have no clue. I only know that this sucks that another woman (this is the fourth this month) has been kidnapped in Chloe. And Miguel seems to have learned at lot from Mateo. Miguel covered all of his bases to ensure Lucas didn’t come looking for Chloe. Nadia rocked her scenes, making them very believable. At least we finally get to see how Theresa’s been managing since going off with the drug lord.

Talking to stuffed animals should be reserved for 6-year-olds not 19-year-olds.
In last week’s Days column, Lori said Tripp deserves a better storyline. I agree. One without Claire or Ciara. Wyatt’s return at least moved things along and now Claire’s been exposed. Usually like Tripp with Ciara, but this week I’ve hated on them almost as much as that horrid, infantile Claire. When did Tripp become so freaking judgmental? And is Ciara really that dense that she doesn’t know how insecure Claire is?

Tripp is a mini Daniel Jonas, paragon of virtue here to pass judgment on others. #DAYS — Shakita (@DaysGeek) April 26, 2018

Wyatt and Claire should run for the airport. The Titan jet is waiting for ‘someone’ to take a trip. Is one way okay?! ? #DAYS

Is it too soon to say WilSon is practically a couple again?
WilSon finally had the conversation about moving on from one another, though it felt more like a new beginning, especially considering Will doesn’t see Paul as his boyfriend. “Just someone I’m involved with.” Uh I wonder how Paul would feel about that. This is one messed up love triangle!

Special thanks goes out to @hintofmccartney for my headline!

Tripp to Wyatt, “Is that how you get a woman to like you? By making her feel like a loser?”

Why Tripp Deserves Better Than a...