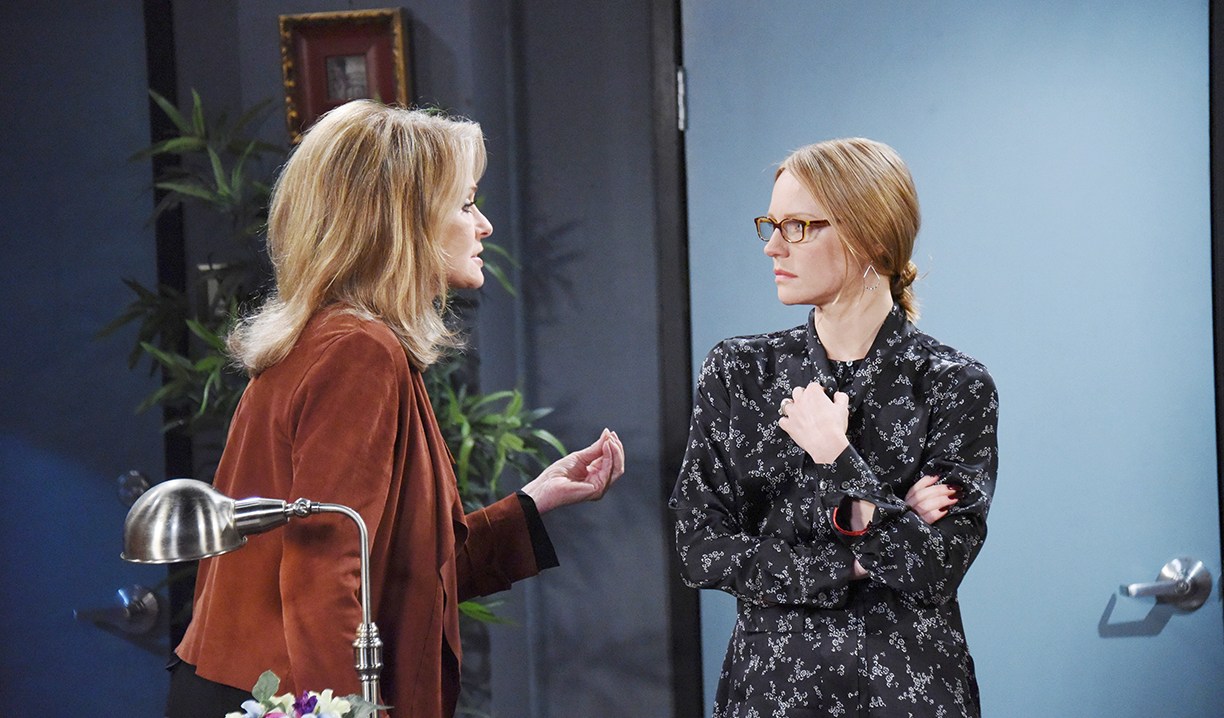 I didn’t think I felt much about this week’s goings on in Salem either way but when I started writing, it turned out I mostly feel annoyed. Let the ranting begin…

The story lines is on life support for all of days

Abigail needs to be committed.
It’s no secret that I have had issues consistently enjoying the character of Abigail, but now there are three of her, one as annoying as the next, and they’re all a pack of liars (except Abby) which is making me want to wrap up this DID storyline and send Abs to a mental health facility so she can get well. There are cracks in this storyline, the biggest being that Dr. Laura told Stefan that Abigail split after she murdered Andre. How does that even make sense considering Gabigail was seen walking into Andre’s office in the brunette wig and hideous Gabi Chic jacket before he was murdered? Unless there’s an issue with the timeline of the security tape, I’m not sure Abigail even killed Andre. Honestly, I’m still not even sure Andre’s really dead. And I don’t trust Lauragail or Gabigail. There is still no reason for Abs to murder her BFF Andre and with what we know about Freud’s theory of personality, we can see that Gabigail’s the id, who is impulsive and primitive and probably the killer, while Abigail is the ego which is reality based, leaving Dr. Laura in the superego who is in control of morality. Or is she? Seems to me Lauragail will do whatever she wants to “protect” Abigail, even if it means lying to Marlena about who she is. Could she be the killer? While I’m glad Marlena knows what’s going on, I worry she’s now unsafe from these aberrations.

Chad vs. Stefan.
For the first time since Stefan arrived in Salem, I enjoyed watching a scene he was in. As described in last week’s Days column, I find Stefan to be watered down as a character, especially that he’s supposed to be a DiMera. But I digress. It doesn’t mean I will hate on him in every column. In all fairness, seeing the brothers playing chess for answers about Andre’s murder was interesting, though I’m not sure why Stefan would be honest with his answers. Hopefully he has something up his sleeve.

Nothing can keep Steve down, not even being blind.
Steve’s been blind one day and already getting around too easily. It’s so unbelievable but it was cute to see his old pal Abe, who was once blind, show him how to navigate the Horton square. The strange scene afterward was the talk of social media. Blind Steve just happened to have memorized Stefan Octavius DiMera’s voice when I don’t think they’ve even met one single time… And he chewed him out for his treatment of Abigail. If you were confused as most were, about why this scene even played out, the reason was just for fun. Stephen Nichols played Stefan Cassadine on General Hospital where Ron Carlivati used to be head writer. And Tyler Christopher played Nikolas Cassadine, Stefan’s nephew, while Mary Beth Evans was Katherine Bell, Stefan’s love interest. It was a cute Easter Egg if you knew all of that but a big waste of precious airtime that could have been dedicated to furthering the plot.

Stefan is still dull. Even in scenes with Steve and Kayla. This character is a lost cause. #Days — Elie (@MeElectra) April 5, 2018

Lani suddenly gives a rat’s ass about her pregnancy but do we?
This story is more formulaic than ever. Lani finally told the truth about who knocked her up and “suddenly,” her fetus is in jeopardy and she “suddenly” cares about she or he. I’m glad someone cares about any of this because I sure don’t. Now that Lani has forgiven Val for snooping in her medical files and basically causing the stress that led up to this Placenta Previa, the only drama left is for them to worry about the baby for the next 5 months when viewers are 90% sure the baby will survive. Meh.

At least now that JJ’s not going to be a baby daddy, he’s likeable again but why go to Chad of all people for support when all Chad cares about is himself and Abigail? He didn’t even give his so-called friend advice. Instead, he laughed and just kept saying he can come to him when he’s in need. WTF?

JenEric’s PG 13 relationship.
I like both characters and from time to time I have enjoyed them together but if these two are going to remain a couple, somebody is going to have to step things up and give them some excitement in their relationship. Their date was a yawn but Jenny was looking cute with her good hair day. Eric got her into his bed to watch a romantic comedy and all that happened was Jenn ate popcorn and felt uncomfortable when the romance began. It should have been a hint to dump the popcorn tub and get down to business with foxy Eric. Sure, they wound up having sex but then the post-sex talk was just boring. I don’t mind them together if the writing was better but if it’s not going to change, let’s move on!

Seriously. What is up with these two? And why was Jennifer surprised a romantic comedy turned romantic?

I think this might be #days most boring couple ever

Leo.
I admit I do like Leo with Sonny. Not as much as Adrienne, who if she had it her way, would be picking out the hall for their wedding reception. Mostly it’s just nice to see Sonny happy again, but with Vivian pulling Leo’s strings, that won’t last. Leo doesn’t seem thrilled with his next move which is to become an assistant at Titan. No good can come of this! 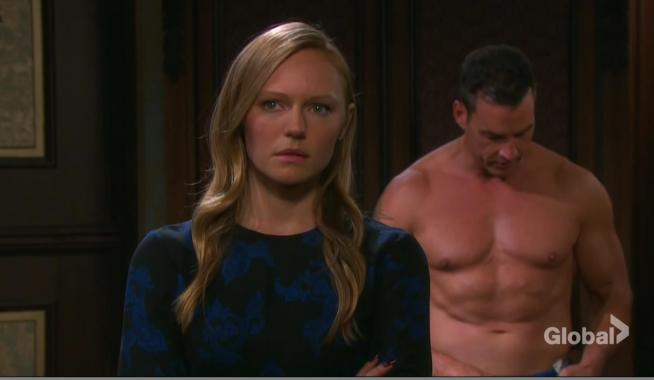 Why Stefan O DiMera Is the Worst DiMera to Date

Deconstructing DOOL: Women of Days Either Put Down or Dumbed Down 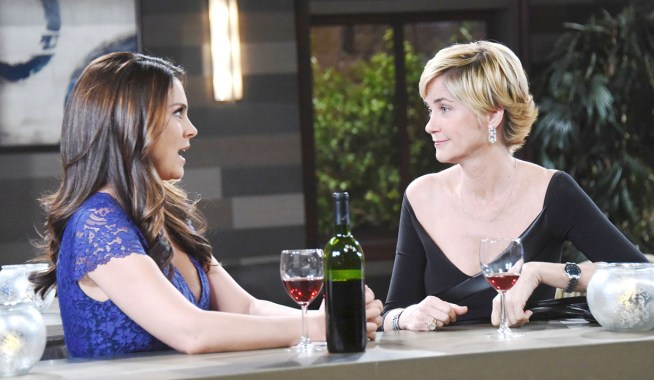