Deconstructing DOOL: Sonny’s Hurt As He Learns Will Moved on With Paul 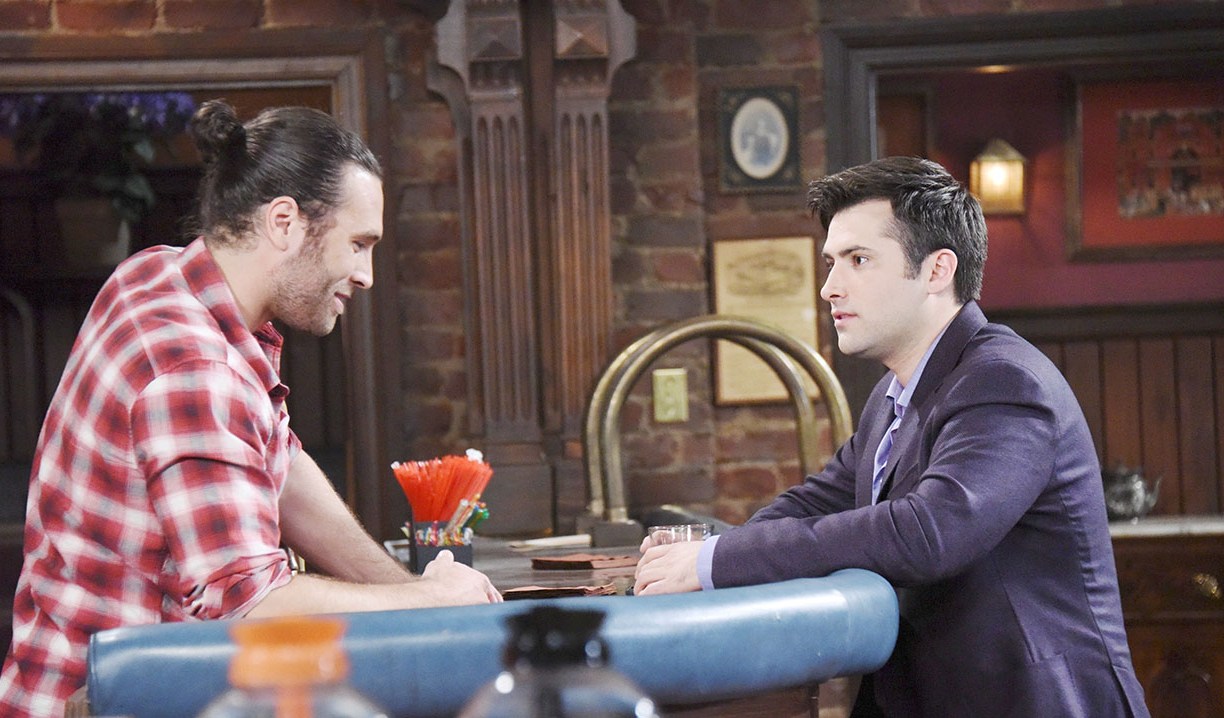 Salemites had a busy week and though a few bombshells were dropped with Eve dumping Brady, Ciara taking revenge upon Claire, Sonny learning that Will is with Paul, and Gabigail fooling Jenn and Kayla, it somehow felt low key. We’re missing a few characters and the focus on this DID storyline is grating for many.

Team Ciara.
Claire was about to apologize to Ciara for tattling on Rafe when Ciara revealed she entered into the Face of Bella Magazine contest or whatever. Uh for revenge. I want to like this storyline but pitting two gals against each other in this fashion is oppressive and as Dustin stated last week in Deconstructing DOOL, these two are no Sami vs Carrie, even though I may be leaning toward team Ciara.

Breaking our heart day after day.
Steve and Kayla’s storyline is keeping tissue companies afloat. Facing Steve going blind is devastating for all of us including John, but I don’t expect Kayla to forgive him just yet. It’s too fresh. It was lovely to see Adrienne back and comforting her brother. The Bonnie jokes are brilliant. I really loved the easy chatty scenes with Steve, Kayla, Justin and Adrienne just hanging out. I’m not opposed to seeing more with any characters.

Reunited and it feels so fast.
I guess business was slow at Chez Rouge, so Maggie brought her coffee pot over to Doug’s Place to schlep coffee where Vic showed up to tell her that at the last minute, before Breve’s wedding, Victor dropped the bombshell in Eve’s lap, about him and Brady scheming to take Basic Black from her by seduction. If I cared more about Breve, I’d be devastated. I like Eve and I like Brady when he’s not acting like he’s on roids. I find them interesting together though find it weird that it’s not gross to these two in the least that he banged her and her sister and became engaged to both. The only saving grace in this mess was HRH Jenn Jenn lending an ear to her frenemy, poor gin-soaked Eve. I think I’m a Jeve fan. As for Maggie and Victor, sure I like them together but I refuse to comment more on something that was obviously so carelessly plot-driven.

Lovers, in a dangerous time.
Horita fans were finally treated to Paul and Will making out. It was hot and sweet at the same time until Sonny interrupted. Bleh. It’s difficult for many to feel for Sonny when he’s been such a shitheel this past year. For those not WilSon fans, it’s easy to see Sonny as a bad guy still, when in fact, he has changed and is just grieving his dead-husband-come-back-to-life-with-amnesia. At least Sonny met a hot bartender. Heck knows the dude needs some sexual healing. If he doesn’t get it from the bartender, can Brian return?

Abigail, Gabby and Dr. Laura.
Gabigail fluctuates between being annoying to growing on me. Her accent is getting better, and I felt bad for her when Stefan ripped her wig off…okay that’s a lie. I laughed my ass off, but once I collected myself and dried my tears, I realized she thinks she’s a real person and he shattered her world. It really is poignant. Or should be. Stefan’s playing with fire and should tell Chad and Jenn what’s going on. I enjoyed Dr. Laura discussing being the Gatekeeper and find her intriguing, but she’s got a bigger stick up her butt than Abigail. I found it funny that Laurabby mentioned Abigail’s high moral fiber. Though I do think she has one, I can’t help but flashback to her bigger mistakes making Austin think they boned, and then screwing married EJ all over town. Hilarious. But I digress. I have started to feel for poor Abigail, especially when she went to see Kayla about her memory lapses. That scene was everything and hopefully will turn this story around so that it’s not seen as ridiculous and as heartbreaking.

Yes, that is true. These scenes are important to remember that Abigail is ill and suffering.

Gabby: “Is that what you were thinking when you ripped my hair off? Was it good for you?” #days — spoilerFreeSix (@sixxers) March 15, 2018

Poor Stefan. Abby has several alters and not one of them wants to be in his bed. Keep fighting the good fight, Buddy! #DAYS

More: Alison Sweeney back to Days again as Sami

Baby daddy drama.
Thank goodness Eli’s starting to see the light about letting another man bring up his child thanks to Julie. Though I’m all for Lani coming clean sooner rather than later, my Val needs to stop stressing her out before Lani loses the baby. Val made her point several times. Unless she’s going to spill the news herself, she should back down.

This is an opinion piece. I look forward to reading your own opinions in the comments!

John to Will, “Are we okay?”
Will, “You mean after you held me at gunpoint and tied me up in the mausoleum?”
John, “You know I never meant to hurt you.”

Vivian to Stefan about Dr. Laura, “What does she think, she’s her crazy grandmother?”

Vivian, “Did any of these alts, Abby, Gabby and Schmabi admit to killing Andre?”

Julie, “I will have to live with that all the days of my life.”

Deconstructing DOOL: The DID...