Deconstructing DOOL: The DID Storyline Is a Dud 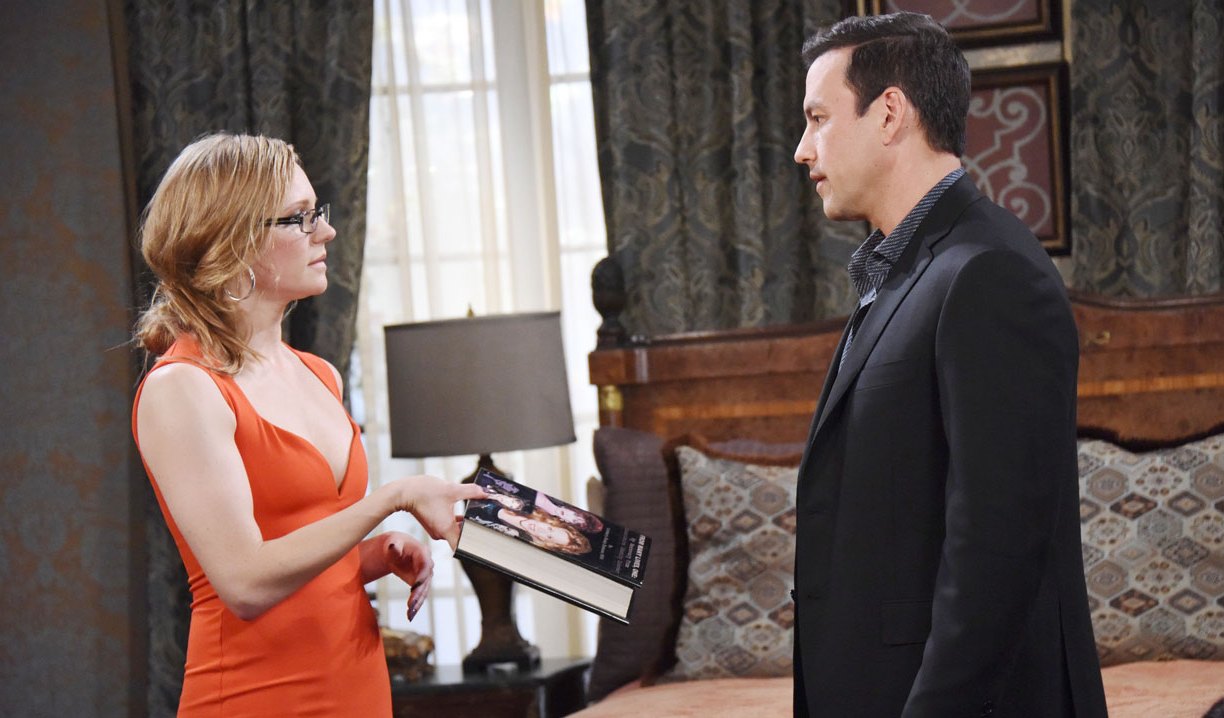 Dustin Cushman here filling in for Christine Fix. There were a lot of bombs dropped on the residents of Salem, from Claire telling Hope that Rafe cheated on her, to Eli informing Gabi that he did the same to her. Stefan’s confrontation with Gabigail was the most explosive of all. However the best by far this week was the news that Days of our Lives has been renewed!

Speak now or forever hold your peace.
Well Claire spoke up, and Hope was devastated to learn that Rafe had cheated on her with Sami. The wedding was called off, but many didn’t know that she and Rafe already were legally married the day before in secret. Ciara of course was furious with Claire, and now has even more reason to want to make Claire’s life miserable. This feud is old, and it feels to me as writer Ron Carlivati is trying to make them the new Carrie and Sami. If so, it’s just not working. Neither of them is on the conniving level that Sami was, and neither is the victim that Carrie often was stuck playing. Christine noted in last week’s Deconstructing DOOL that Claire was misguided and that’s why she felt for her. We decided to poll readers to see whose side they were on, and while some were on team Claire, Ciara won in a landslide.

#TeamClaire cause Ciara isn't making any sense. She's allowing jealousy and envy to cloud her judgment. Too petty for me

#TeamCiara! I'm liking her more for some reason! Claire seems to just b too full of herself n trying to play goodie two shoes!!!

I do have to give Ciara props to talking to her mom about how her feelings on Rafe have evolved, and she does believe he loves her. Even Jennifer made a similar argument, and tried to blame Sami, though that doesn’t excuse Rafe’s actions at all. Rafe’s entire fling with Sami has always reminded me of the classic Friends storyline when Ross and Rachel were famously “on a break!” I actually can’t believe Rafe hasn’t uttered those words yet.

Oh Nick, no Nick!
Julie’s meltdown at the wedding, and specifically about Gabi and the Hernandez bunch, was just so over the top. For once it was nice to see Doug drag his wife off and tell her to cool it. The woman has deluded herself into thinking Nick was this poor victim. You know a storyline I’d love to see, Gabi gaslighting Julie into thinking Nick’s tortured soul was haunting her. Better yet, have Nick haunt her.

Eli, the baby daddy.
I’m going to assume Gabi just had so much on her mind, what with the murder charges against her, that she didn’t have time to really process Eli’s cheating confession. Because on what planet would she believe that Lani’s baby wasn’t his just because he claimed Lani swore it wasn’t. The countdown to Lani’s secret being exposed is on, which was evident when Eli exploded after learning she was in the hospital with pains because she didn’t keep him in the loop on what was going on with “his baby.” He doesn’t seem to fully get what he agreed to in keeping the secret that he was the daddy.

Oh, Gabi!
I’ve always had issues with Gabi, usually her choices, and she didn’t disappoint me this week. Gabi should have taken the urn lid and coat to the station to Eli and explained everything. An innocent person would have done that, and now she looks even guiltier after being found by Lani trying to trash them in a dumpster.

What happens in Vegas, stays in Vegas.
Brady and Eve’s storyline is doing nothing for me. I wouldn’t have minded if they eloped in Vegas and stayed there. It is obvious that Brady has fallen for Eve, but it would appear based on Friday’s ending that Eve knows the truth about his and Victor’s scheme. She dumped him at the altar, and now Brady will be left with nothing but his booze. Maybe it’s time for a long stint in rehab for him.

More: A Martinez on Queen of the South

Let me know when the Nicole alter arrives.
Stefan confronted Gabigail and tried to make her realize she was not Gabi, but an alter. I am not a psychologist, but I’m pretty sure that was the worst thing he could have done. Then again, at least it was interesting, which this storyline is not. After Gabigail realized she wasn’t real, Abby’s other alter, Dr. Laura, emerged. DID storylines are not new to soaps or Days, but this one isn’t cutting it. I think the main problem is all of Abby’s alters are existing characters who just aren’t that exciting. Wake me when the Nicole alter arrives, or better yet the Stefano one.

These are just my thoughts on this week’s episodes. Feel free to leave your own in the comments. Christine will be back with hers next week!