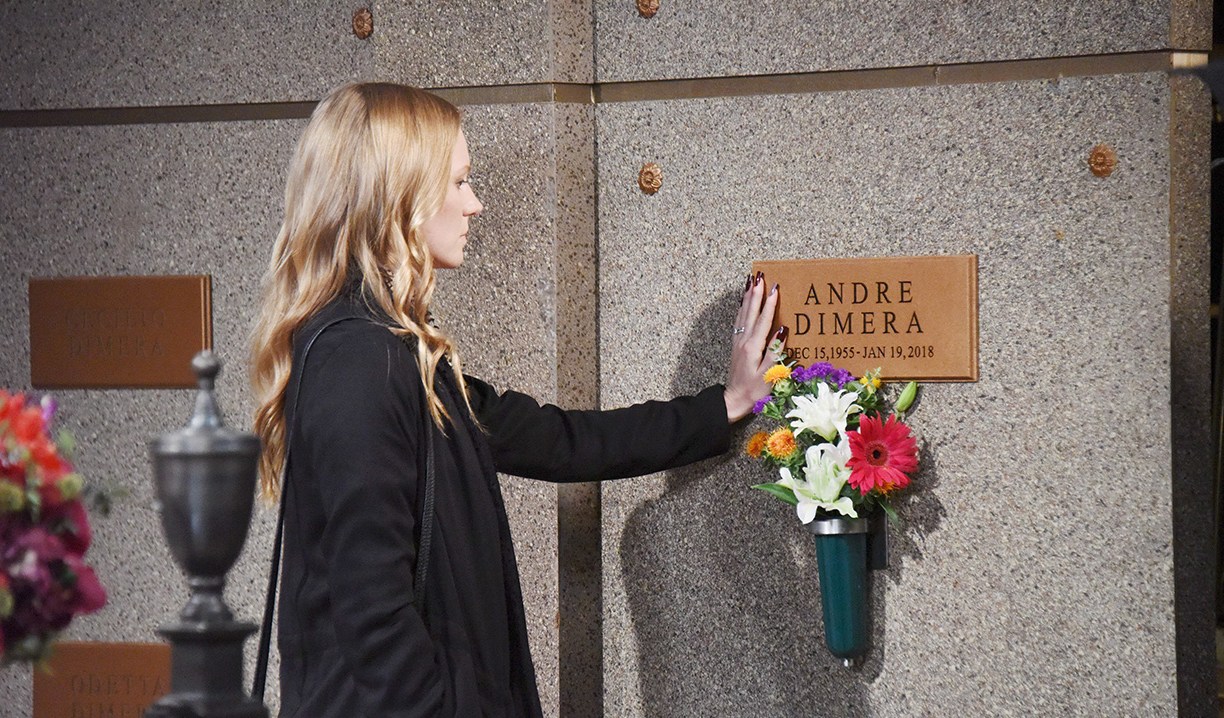 It’s funny how the audience is being played when each time someone goes to confess the truth about something or elicit a confession, it takes a good few days to get there. It’s very soapy and we haven’t seen this much manipulation of the audience since…well, every episode of “This IS Us.” This week I’ve an actual theory on who killed Andre, that if true, could be the beginning of a knockout storyline promising loads of drama and heartache…

Lani’s confession.
I’m glad Lani confessed the truth to Eli and not surprised she didn’t tell JJ first. She likes to play the hero but in reality Eli is right. She mostly wants to save her own ass. The thing is, she and Eli boned when she and JJ were on a break, so it’s not as though she cheated on JJ. Maybe they’ll keep the truth from JJ and the big twist will be that she’s further along than Kayla knew and the kid was JJ’s all along. Anything’s possible in soaps. As for JJ’s mental health, if he’s susceptible to suicide, and mentally unstable, then shouldn’t he be applying for a spot in Bayview rather than applying to become an EMT of all things? Oh and wow…what a coincidence that Kayla just happens to be the advisor to the program…

JJ needs to stop hovering over Lani and treating her like she’s a freaking three-year-old who doesn’t know when to take her vitamins or rest when it’s required. This isn’t 1950 but he sure has some antiquated ideas of marriage and children. He’s probably one of those men who asks a woman when she’s in a bad mood if she’s PMSing. Dumbass.

JJ is so clueless!?

Just a bizarre theory…Abigail as our murderess?
Gabi’s been booked on murder charges yet it doesn’t fit that she killed Andre. As Chad suggested, she did time already for murder and wouldn’t mess up her chances at being a mother to Arianna. My theory is that Abigail did it. I’m not sure if she remembers or if she has split personality, or if she has some other mental illness but if it’s true, it’d be a real humdinger of an upcoming storyline.

Let’s break it down: Dr. Laura Horton is returning soon. The last few times she returned was because Abigail needed her. Ben and the dead midwife Wendy are returning. Possibly to recreate scenes from the cabin when Abigail gave birth to Thomas. Vivian and

Stefan’s cover up: In last week’s Deconstructing DOOL, I thought Vivian was acting out of character by leaving incriminating evidence behind for someone else to clean up but what if she’s helping Stefan to cover up for Abigail because of Stefan’s off canvas obsession that Vivian’s always harping about? Maybe it’s his rodeo and he’s trying to protect Abby. Security video footage: The woman’s calves in the security video looked like Abigail’s. Remember when she and Chad danced at TBD – can’t forget those gams! I can’t figure out why she held the urn lid in her hand or where it came from, considering it wasn’t on the urn when Anna tried to hit Andre with it. If anyone has ideas about that or other theories, since this could be way off, please spill!

Pet peeve: If the show could stop using Chad and Abigail in useless scenes where all they do is repeat dialogue from the week before, that’d be great.

I feel like Abby definitely did it and she’s Jekyll and Hyde-ing or she has some sort of traumatic amnesia that’s keeping her from remembering she did it. Her grief and determination to find his killer seem overhanded right now.

ISA wants Steve dead.
I’m so lost and so heartbroken over this storyline. Is Steve really sick or is he in on it and faking symptoms so the ISA thinks he’s dying or is that my wishful thinking? Strangely enough, I still hold faith in John even after he pulled a gun on Will and Paul and gunshots were heard coming from the mausoleum. Those scenes were so good I was dizzy with the intensity of it all but surely he wouldn’t kill his kid and grandkid. Could it be a cover since the ISA is watching? Any theories?

Oddity: That scene of Steve collapsing at the hospital while Marlena, an orderly and a nurse just stood around was bizarre.

This is my opinion. Please feel free to share your own, whether it’s popular or not in the comments!

Hattie to Anna, “You choked!”

John to Will, “This is where the dead are put to rest.”