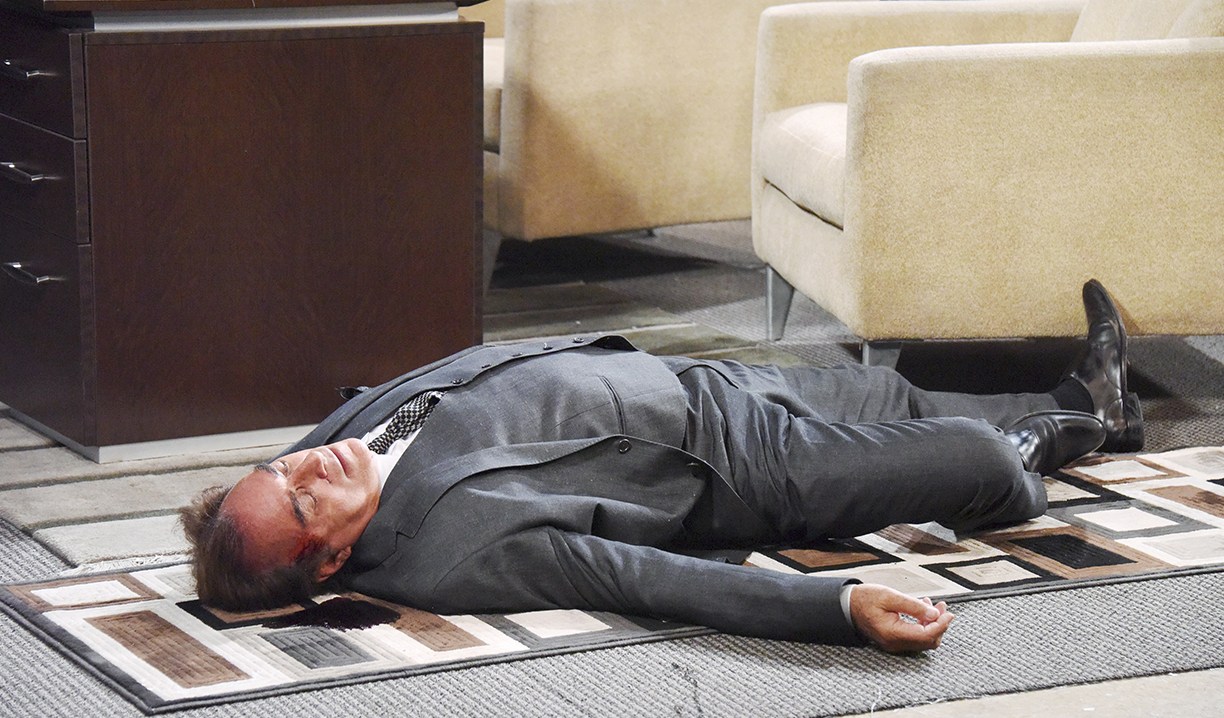 In last week’s Deconstructing DOOL, I found the show lost momentum. That has continued into this week, with all the confusing and tedious corporate discussions. Things picked up some Friday where in a bold move, Ron C killed off a vet and our only villain. Losing Stefano DiMera was a great loss but now, unless Andre’s going to come back to life, we now have no villains in a soap that attracted me in the first place because most storylines were based on emphasizing the light of the good folks of Salem by showcasing the darkness emanating from the DiMera mansion, the “House of Usher”!

Short-sighted, immature…
Monday’s show was filler apart from Lani choosing the selfish route and deciding to deceive JJ and let him think he’s the father of her unborn child. We’ve seen this a thousand times before and it always ends the same. It was refreshing to hear Kayla spell out all the repercussions that will happen with a lie like this, but it fell on deaf ears. Lani grew up without her father so maybe she wants assurance that her child will have one. Once Eli finds out he’ll be livid because his mother kept his father’s identity from him his whole life. As for JJ, he already tried to kill himself two weeks ago. If Eric’s right and JJ’s “clinging to fatherhood to fill a void,” then what will happen when he learns the truth?

Who do you want Eli with? #DAYS #Poll (Share this!)

Goodbye Theo.
Theo left town for clinical trials in South Africa of all places, that will hopefully help him to walk. There was a lot of fanfare, loads of tears for a character who since his debut, proved to be talented and enjoyable for most. Chad and Theo’s relationship will be missed, and our teen scene has gotten much smaller which could mean we see even less of them. This isn’t good for “Days” future.

Momentary scene but so sweet.
Abe opening up to Val about wanting to move to South Africa with Theo was very realistic, and understandable. Val was supportive and offered to wait for him if he decided to go. So endearing, yet they’re rarely written for.

More: Gilles Marini to Days as a lawyer

Well that ruined any romance!
Eli has chemistry with both Gabi and Lani. There are scads in each camp. I like both Elani and Geli. Eli’s affable but made a scummy move by cheating on Gabi with Lani, and then two weeks later, made love to Gabi with this big secret looming over them. Not a good way to start a relationship. At least he told her the truth, that the earring she found in his room was Lani’s. Usually the lies continue to pile up. Much like his housekeeping needs. He hasn’t run a vacuum cleaner over his carpet since New Year’s Eve. Ew!

“I wish I had a baseball bat instead.” – Abigail DiMera
First Stefan calls Abby a puritan for not wanting to see his junk against her will and now he’s thunderstruck that she’s not jealous, knowing Gabi had sex with Chad. If Stefan’s so European wouldn’t he find that refreshingly European of Abby not to be jealous? I doubt he’s even been to Europe. I wish Abigail would stop responding to his inappropriate questions when she made it clear that their relationship is purely business. At least she gave him that slap across the face for his despicable behaviour, but something tells me Ron C wants these two together. What other reason is there for bringing him on and having him obsessed with someone he met five minutes ago who is happily married? Is this their version Ejami 2.0? I worry that despite herself, Abs is attracted to or will be attracted to this creep.

“It does not do to dwell on dreams and forget to live.” – Albus Dumbledore
Anna’s torturing herself over a dead man and needs psychiatric help but all I can feel for her is annoyance at the way she carries around Tony’s ashes and monologues about him non-stop. Make it end!

A generic (JenEric) coupling?
Those scenes where Anna walks into the pub and eavesdrops on snippets of Eric’s love-life or lack thereof and then shares them with Jennifer are getting dumber and dumber. Sure, I’ve seen Jenn and Eric’s chemistry from time to time but these two are still acting like insecure 14-year-olds, not communicating. Adding Henry to the mix only makes this more miserable.

This is an opinion piece – share your own in the comments!

Andre holds up his wine glass and says, “This goes well with spleen.”