Deconstructing Days: Vivian’s Return Made up for Ciara & Claire Drivel 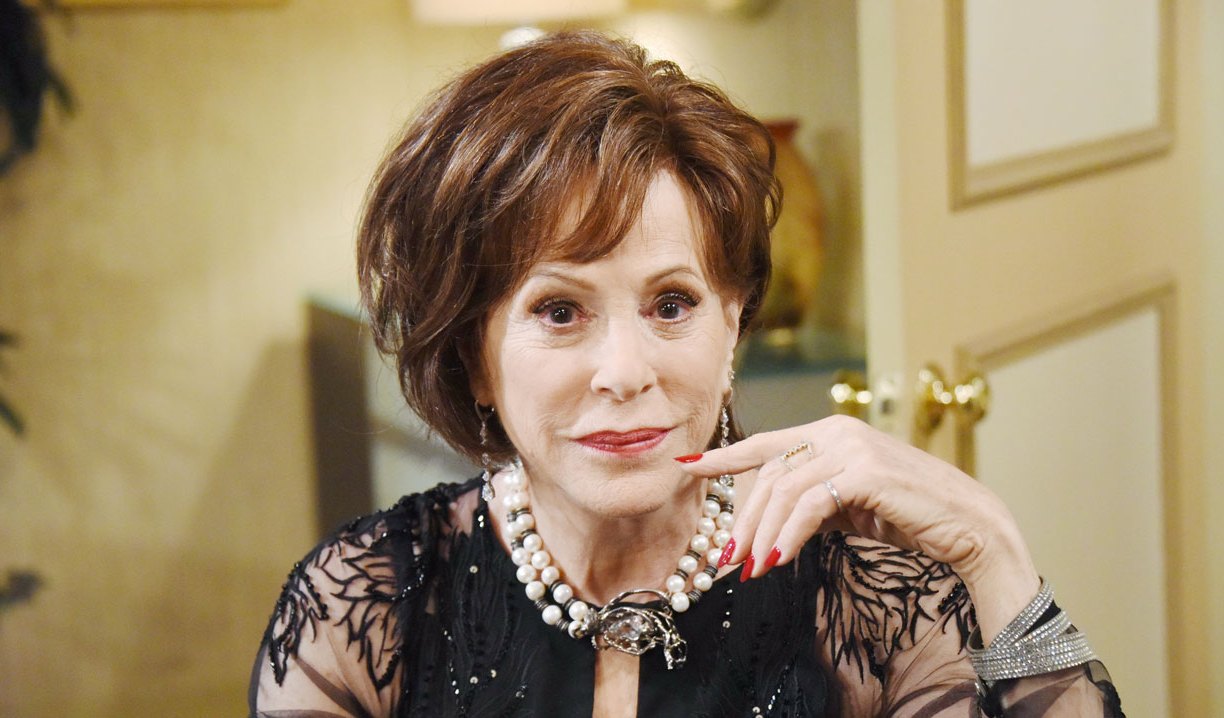 There were some magical moments in Salem for Christmas, and then there was Ciara and Claire’s non-stop fighting over Theo. They dominated the week and I was hoping someone would give them tickets to see the ball drop in Times Square, just to get them off my screen!

Eric and Jenn’s magical Christmas.
Eric saving Christmas at the hospital by playing Santa Claus for the kids was adorable. Eric and Jenn’s thrilling game of Scrabble, wasn’t. I was a fan of these two before they were broken up to prop up Eric and Nicole, which I found pointless seeing that Arianne Zucker was leaving Days as Nicole at the time. Now it seems Jenn and Eric are making their way back together only because there is nothing else for their characters to do. There are a lot of people on social media who are also opposed to Jenn and Eric as a couple. Frankly the show needs to stop bringing back Jack as a ghost, or in newly created flashbacks, and just bring him back for good. Jack’s death made it possible to do so because the only body they found at the bottom of the elevator shaft where he died was charred beyond recognition and was identified only from a wallet.

OOOOO!!! These Eric and Jennifer scenes “are SO GOOD”! I can’t wait to see who wins at Monopoly for their New Year’s Date! ??? #DAYS #NoToJenEric #DOOL pic.twitter.com/EOEACL3ngJ

#Days Oh Lord…now #Jeneric is playing Scrabble after eating donuts? ?‍♀️ What’s next? Bunco & some tea before going to sleep at 8pm! #Awful Why are they making the hottest man in daytime boring as hell??? Please please please bring back Nicole or Chloe or someone new!? pic.twitter.com/euE3ICATM4

Abe and Theo’s forgiveness.
Abe forgiving JJ was a powerful scene, as was JJ facing Theo and apologizing for shooting him. Lori mentioned in last week’s Deconstructing Days that Abe wasn’t given enough airtime to show his grief and rage over what happened to Theo. I felt this week he was allowed to shine in not only forgiving JJ, but in his reunion with Theo when he woke up, and later apologizing to Hope. His anger towards Kate was epic though. Chad and Abe were both furious with Kate when they learned she had sent Theo to the warehouse and then hid the fact like a coward. There is no excuse for the latter, but I don’t think Kate ever would have put Theo in any real danger because she truly does love him.

Andre and Kate sitting in a tree?
Abby teasing Andre over falling for Kate was humorous. I never thought I’d like Andre, because he was such a slimy villain for so long, but he’s become a fun and quirky character. I’m not sure Kate is going to return his feelings though. She’s in enough trouble with Chad as is, so she better not break Andre’s heart!

In and out in a flash.
Belle and Shawn’s latest visit came and went as quickly as many of their pasts ones. Like Jack’s character, it would be nice to see these two return on a more permanent basis. Heaven knows Claire could use her parents around, and someone needs to control wild child Ciara. Their incessant fighting over Theo was ridiculous, uninteresting, and annoying seeing how much airtime was dedicated to it. I got some satisfaction seeing Theo shoot Ciara down and send her running off in tears. Then there was Tripp, who just stood there looking pathetic and letting Ciara manipulate him into helping her come between Theo and Claire by playing on his feelings for Claire.

Everyone crashed Abby’s New Year’s party.
Abby’s party to announce Chad as the new CEO of DiMera was crashed a few times. Paul initially arrived, not knowing there was a private party, and hightailed it out of there when he learned Sonny and Will were coming. Not before the most awkward run-in with Abby and Chad, who insisted they get together soon. I’m sure they put that right on their list of things to do. Will felt uncomfortable at the party and left early, but agreed to meet Sonny at home before midnight. Yeah, you knew that wasn’t going to happen. Poor Sonny waited for Will, who ran into Paul in the square and pulled him into a kiss. What a mess this triangle is, everyone wants the other person. Eve and a drunk Brady crashed the party as well so that Eve could try and convince Gabi not to take Gabi Chic to DiMera. Yawn! Then there was that spoiled brat Ciara, who got drunk, had a “Marcia, Marcia, Marcia!” moment about Claire, and then headed to the party to tell everyone that Rafe had sex with Sami. She didn’t get the chance, and in the last moments of Friday’s show Vivian crashed the party! It was so good to see her back, and Kate’s reaction to seeing her nemesis was priceless. I can’t wait until next week to see all the bombs Viv will no doubt drop on Salem.

These are only my opinions, please share your own in the comments. Christine Fix will be back and blogging her thoughts next Friday. Have a happy and safe New Year!

Abby to Andre, “Us crazy people have to stick together!”

Claire to Ciara, “When you were in Hong Kong, did they give you a lobotomy or something?”