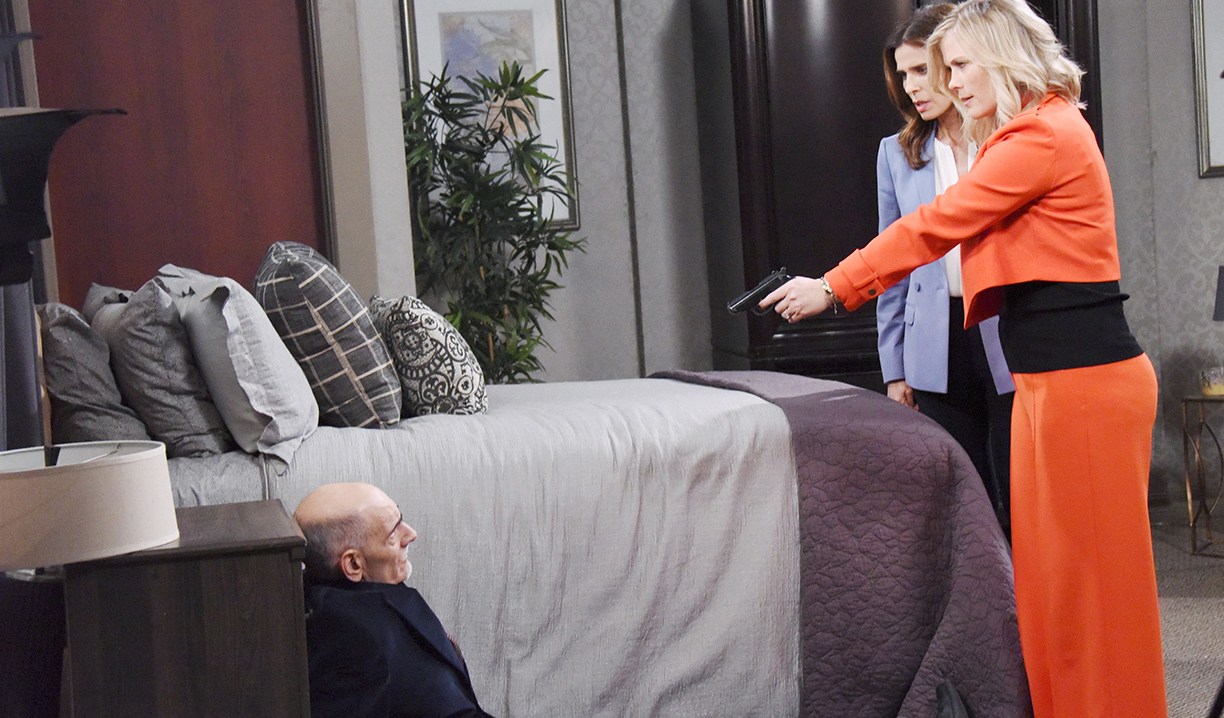 Another interesting week in Salem as some storylines came to a close, a few characters left Salem and like Nicole, cheesed it up by “vowing” to return someday. We saw one death, though because it was Rolf, who knows if that’ll stick, band a major clue will lead us to Will…

Bonnie’s convoluted story didn’t come together at the end.
Everyone’s been wondering how it’s possible that Salemites couldn’t figure out that Adrienne was really Bonnie. Maybe all those low cut necklines hindered their concentration. They hindered mine. She didn’t even consider that her little blackmail scheme couldn’t have gotten too far since she had no proof of Victor and Xander’s conspiracy against Deimos. And thinking Victor and Maggie could pull off a divorce in less than a day was equally thick of her. If Bonnie was any slower, she’d need to be watered once a week. I’m not even sure giving her plan more thought before executing it would have made any difference. In the last Deconstructing DOOL, I thought Maggie was in on the rouse considering her reaction to Victor’s so-called divorce news looked fake. Of course, Bonnie didn’t notice. The dollar signs in her eyes blinded her to that. The twist would have worked better for fans if Maggie’s reaction was believable and if we had more of a detailed explanation including flashbacks, of how the story came together between Vic, Maggie and Xander. It was fitting that Steve was the one to out Bonnie and it couldn’t have come sooner for most fans. By the end of the week, poor Adrienne was saved. The rescue mission gave Justin a few extra man points and a twist with them kissing.

Eric returns to Salem.
We didn’t have to watch Eric pine over Nicole at that hideous farmhouse, thanks to his pal, Jenn Jenn. But I can’t believe Eric purposefully left it in shambles. It seems so unlike our ex-priest. Instead, he returned to Salem and while Abigail got busy pressuring her mother to go after Eric, a man she knows is in love with another woman, Eric didn’t pine at all but promptly confronted his brother about Nicole leaving town. Brady almost spilled the beans that she’s a murderess but instead decided it was best to call her a bitch and a slut. Brady needs to learn to expand his vocabulary and sling better insults. Eric defended Nicole’s honour by punching his brother in the head in a move that was almost more surprising to see than Brady keeping his cool and refraining from violence until that point. That brawl was exceptional. Thank goodness Victor interfered, because who knows what would have happened if Brady had hit Eric in the face with that crystal decanter. It’s interesting to see that even Victor sees parallels between him and his grandson at the moment.

It’s hard to tell a Brady from a DiMera.
Sami grabbed Commissioner Hope Brady’s gun and threatened Dr. Rolf with it, knocked him on his ass with it, and as he moped up the blood on his brow, Sami continued to use it as a threat. But that wasn’t the most amazing thing that happened. Commissioner Brady just stood there and let it happen, just like she did when her boyfriend, Detective Rafe Hernandez, attacked Ben Weston. Oy! At least Hope arrested Sami but she could have taken that gun from her at any point so I almost sided with Rafe that the arrest is a bit of a stretch and Hope is partially responsible. Hope didn’t like Rafe’s accusations and called her beloved of being a hypocrite because he took fault in her going too easy on JJ when she suspended him for attacking Ben Weston. Rafe asked Hope to put herself in Sami’s shoes. Then all “Days” viewers stopped everything they were doing around the world and gaped when Rafe said, “What if it were Zack?” It felt as though it happened in slow motion. He went there, like a knife to the heart, but to his credit, he did apologize. Rope angst is better entertainment than Rope having bath night so all wasn’t lost. Meanwhile, Dr. Rolf hilariously reminisced about doing terrible things to Salemites with Stefano and called their scheming ‘the good old days’. It’s been outstanding to have Rolf back. It’s almost as if Stefano was with us. Shame Sami had to ruin it for us and now he’s dead. Or is he? It’s Salem. Who can tell?

Kate confided in Andre again.
These intimate conversational scenes between Andre and Kate have been surprisingly romantic. Both are being humanized and Kate’s confiding in such an unlikely person as Andre is pulling me in. And Andre truly seems to care, but he’s a master manipulator so is any of this real. Is he the one sabotaging Kate at DiMera Industries?

Eli’s history.
Eli’s a good guy and thankfully that hasn’t changed because of his intriguing backstory. If anything, confiding that he was in trouble with the law as a kid and made mistakes with his friends helped make him a more authentic character. It oddly did the same for Sheila, especially while Eli was telling Gabi the story in the square and Sheila was tempted to take Bonnie’s pin, the only connection to Mickey from her. I didn’t expect to care about Sheila at all but more and more find myself wishing she could stick around.

Eli and Sheila have the most compelling backstory #days has created in years. No exaggeration. — Christine (@sixxers) October 25, 2017

This is my opinion – share your own in the comments!

Dr. Rolf, “Things aren’t always as they appear. Cheating death is a specialty of mine.”
Sami, “You and Stefano did terrible things to Salem.” Dr. Rolf, “Ah, the good old days.”

Kate to Jennifer, “Get out of my house.”
Jennifer, “Technically, this isn’t your house.”

Victor to Brady, “Eric and I didn’t mean to have sex, I tripped over his cat and landed on him.”

Brady to Victor about what to do with Deimos’ body: “Why not just feed it to a pack of wild dogs or something?” 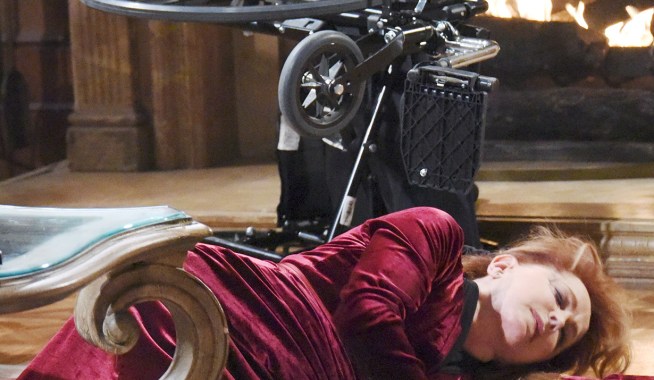 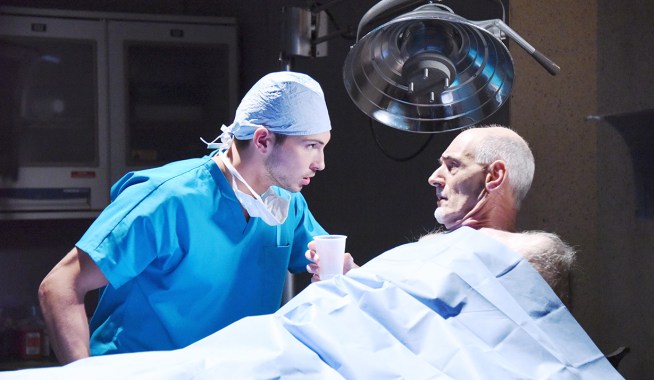