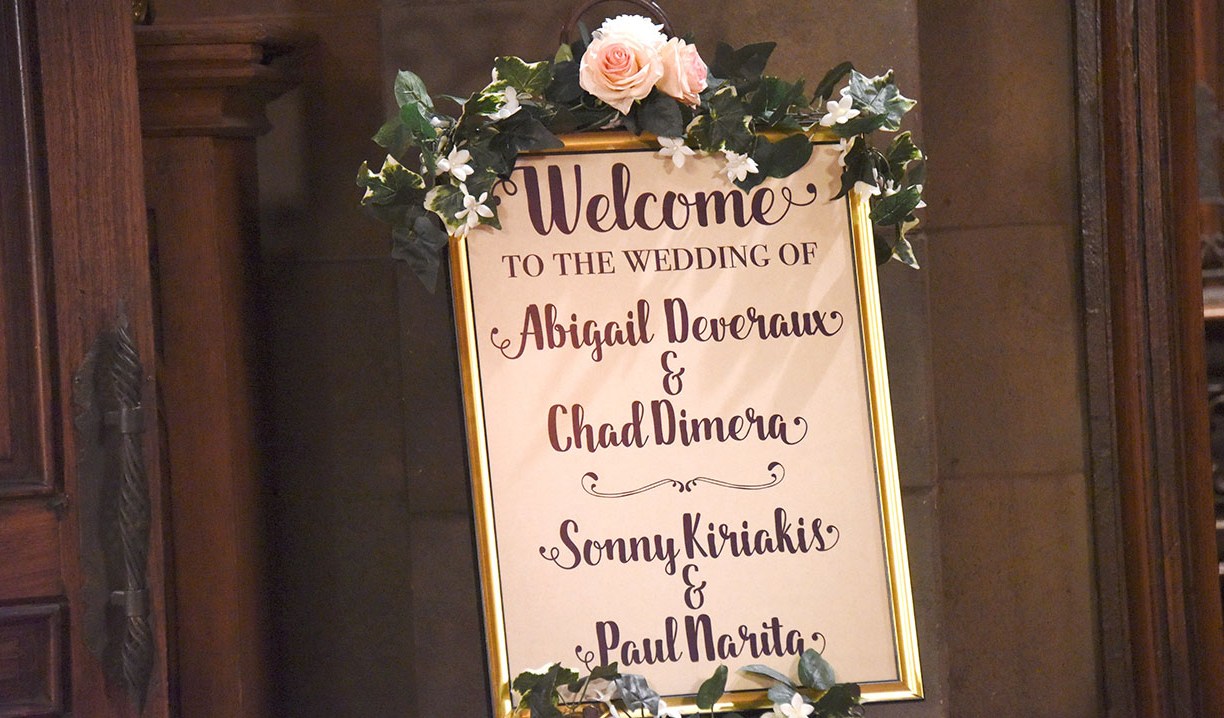 Overall it was another outstanding week, featuring a few exciting cliffhangers, no shortage of humour, drama or emotion, and this new head writer remembered Rafe and Nicole are friends. Still, viewers are grumbling about getting rid of our resident doppelganger, her melons and her buns, and there are always fans disinterested in certain couples.

Sonny’s baggage.
Sonny and Paul should have talked about their relationship and Will a long time ago but the past head writer didn’t write them as a couple so I’m having a hard time finding fault in the characters. Their talk revealed Sonny’s survivor’s guilt and provided some foreshadowing as to what’s coming with Will. It also gave us a small window to invest before (teaser) everything comes crashing down at the wedding.

The mixed bag of bachelorette/bachelor parties.
Poor Andre didn’t have much success with his elegant yet stuffy (boring) bachelor party boasting paratifs, bridge playing, ascot party favours, duck on the menu and a DiMera family film to take you to your slumber. The ascots foreshadowed Ben “The Necktie Killer’s” return. Chad’s response to it all was rude yet funny. He put Sonny on the spot, asking, “Didn’t you have a craving for chicken wings?” Very realistic and funny. The mild debauchery at the pub was entertaining, ‘Stripper Gil’ propositioning Paul was very realistic and campy, but we missed John. How about that ultra-boring hen party? There was too much talking, no dancing, nobody got tipsy, Jenn was a no show, and Abigail didn’t let her freak flag fly. She actually hid her eyes like an ingénue virgin when Gil started shaking his stuff. Please.

Curious…How did everyone decide on who would go to Sonny’s party vs. Paul’s?

A teen & two 50+ women are the guests I’d leave too. A stripper wouldn’t help that party

I felt bad for Andre. I’m sure he spent a lot of time picking out those Ascots — Tori Gwathney (@danniebear87) September 28, 2017

Pre-wedding bell blues.
As mentioned last week in Deconstructing DOOL, Chabby enjoyed happiness for a change, which we assumed meant there was something unpredictable about to happen…It did. Abigail requested an annulment from Dario a few days before she and Chad set a wedding date and planned the entire wedding. That was a disaster waiting to happen. It didn’t go through because Justin found that one principled judge in Salem who questioned the legality of it. Abigail whined, “Nothing is ever easy for us.” She didn’t seem to get that she committed immigration fraud. And Chad codependently goaded her on saying, “You did nothing wrong.” Mouths collectively dropped everywhere. Thankfully Justin reminded Abs, “Well you did break the law.” Own it, Abby! Other Salemites have done far worse. But alas, Gabi and Dario bailed her out. Hey, it’s the least Dario could do, but Gabi went above and beyond and revealed she’s been withholding information from an open police investigation to someone who wants to join SPD. I don’t even know where to begin with this. I guess if Eli keeps it a secret, we’ll at least know he’ll make a good SPD cop. It’s not as though this will be the first secret he has kept. Just how does he know our little jailbird Sheila?

Double wedding, double the trouble.
We saw our mystery patient break out of Bayview. It was the easiest break-out we’ve ever seen. He used a key to get out of one of his restraints and then hit the dozy nurse over the head with a file folder. She went down as though struck by an anvil, courtesy of Road Runner. It was the highlight of the week for me. Fast forward to the wedding day. It started out with a hitch. Father Louis remembered that the Catholic church won’t marry gays so he had “an emergency.” I’m being facetious but it did cross many viewers’ minds. Luckily Adrienne can officiate but wait – stupid Bon Bon is taking over Adrienne’s life so Justin stepped in when Marlena refused (that pained me). Everything went so smoothly. Everyone looked gorgeous except Bonnie who looked cheap. Nobody seemed to notice again that “Adrienne’s” breasts aren’t reconstructed. Maybe they were too busy looking at the gorgeous bride. The show took their time with the vows, which is unheard of. The directing was perfect. John recorded it for Paul’s grandpa and mama which was so sweet. Doug and Julie’s tardiness was a nice twist to make viewers jump. And just as we got comfortable, “somebody” crashed the wedding. Gotta love Salem weddings. For those who missed out, feel free to watch double wedding clips.

Does respect, honesty, and boundaries apply?
Marlena, a psychiatrist, and mother of both Eric and Brady, basically encouraged one son to reveal his love to her other son’s live-in girlfriend. On one hand it may be considered crossing some major boundary, but on the other hand, does it really matter? If Nicole didn’t share his feelings, nothing would come of it. I was reminded that Marlena has been accused of playing favourites. I’ve never noticed it but could that be true?

No Marlena has always told all her kids to be honest — Erica Johnson (@ElaErica) September 26, 2017

This is an opinion piece – please feel free to share yours in the comments!

Victor, “She kept shoving her melons in my face!”
Justin, “Melons? Melons give you heartburn.”
Victor, “So does Adrienne!” 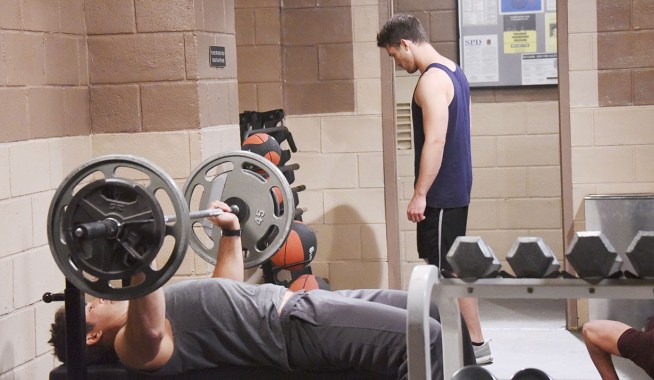 Deconstructing DOOL: Warm our Hearts, Then Rip Them Out, Warm our...

Deconstructing DOOL: A Return From the Dead's Not so Surprising in Salem 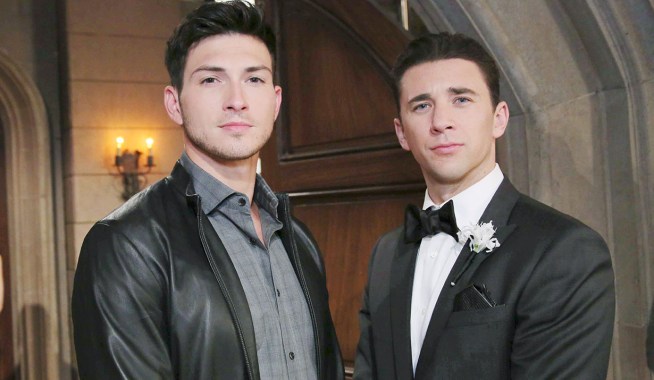