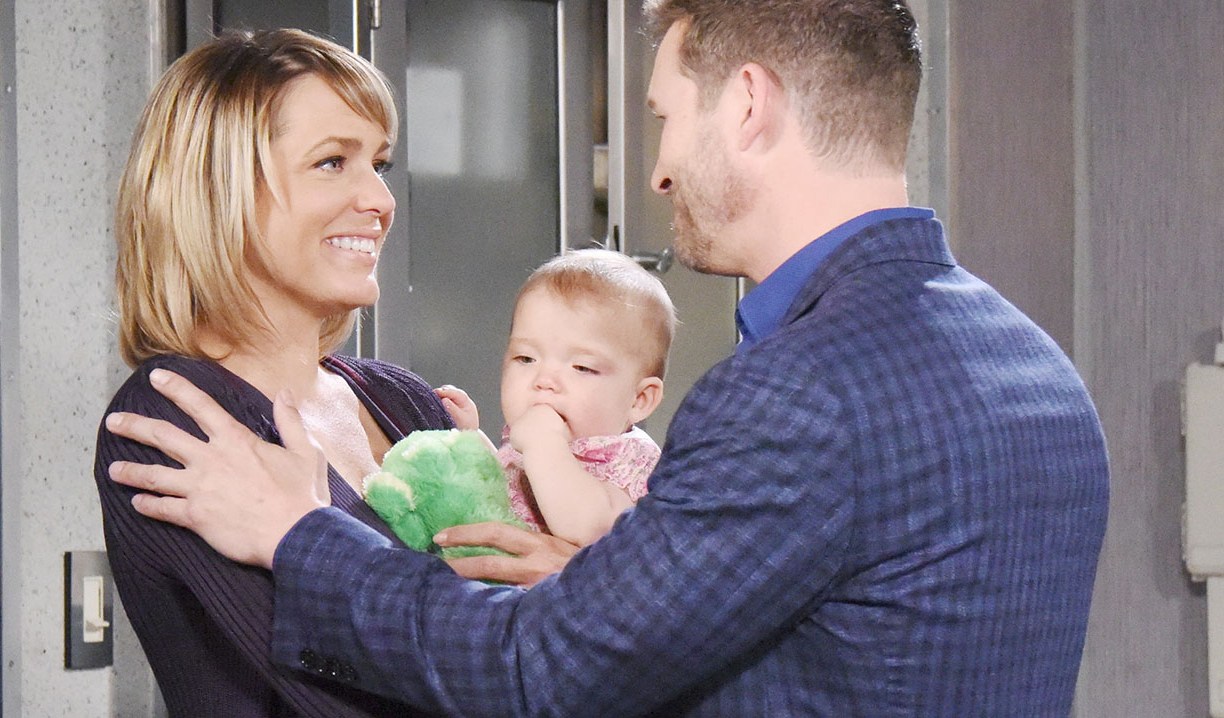 Though I’m not a fan of each new episode starting with a repeat of what happened the previous day, because it takes those precious minutes away from our marvelous scenes, it didn’t mar what I considered another gloriously soapy week, jam-packed full of drama and humour until the very last moment on Friday.

Damsel in distress or kick-ass strong woman?
Gabi’s in trouble again. She should have listened to Eli and stayed away from the crime scene but didn’t. This is her third kidnapping this year. Hopefully it’s the last but I wouldn’t change it for the world. It was one of the many most riveting scenes of the week. She really stood up to Raines even when he shoved his gun in her face. I was wincing. The characters played off each other so well that it was…sexy. I know. That’s crazy. I snickered, watching Hope grin while she arrested Raines on charges that were much less than what she did last year. She got her guy and should feel just about it but it worked against her, making many fans find her hypocritical. She acted condescending causing Raines to shoot her down off of that high horse by reminding her that she murdered Stefano and then helped cover it up with her cop partner. Oops! Raines is so intense, genuinely such a fantastic villain, it’s such a shame to see him go. Kudos to Aaron D Spears for giving this role multi-layers. With Salem being without a commissioner now, (spoiler) Abe will have Rafe and Hope vie for that position, a role neither are deserving of. I’d rather see Abe back in the saddle or Eli take over.

Salem’s finest hypocrites.
Bonnie didn’t mind letting dumbass Hattie take on the task of ‘taking care of’ Anjelica’s body but now it is she who has to deal with the consequences. That’s what happens when you don’t clean up your own mess! Sucker. And of course, my Hope being a substandard Salem cop meant that she let her number one suspect go without finding out how the dead body of the woman she loathed was in her bed. Oy.

Every time Hope & Rafe act all high and mighty, I picture them rolling up Stefano’s body and tossing it in that abandoned building. ? #Days — Heather Hughes (@heatherhughes09) September 6, 2017

Ruminating Kayla.
I’d been having a difficult time justifying Kayla’s continued anger toward Steve but with a few fans’ help I gained perspective. The fans are very divided about Kayla’s anger which to some (myself included) didn’t feel like Kayla. It’s caused confusion but I believe her reaction is based on experiencing something she’s never been exposed to simultaneously – pain, loss, betrayal and grief. I don’t expect her to forgive Tripp quickly though we know she will. And we know eventually she’ll forgive Steve but how painful must it be to her to watch her husband forgive his son five minutes after he threatened her life and after their own son was incarcerated?

Hattie steps things up.
Mad-Hattie killed it on Wednesday’s show, making many fans laugh themselves silly while she accused Brady of projecting. (She was right!) Then things took a turn and she showed that vicious side that every good villain must have by ordering John and Marlena to get electroconvulsive therapy.

Jarlena.
This Bayview sanitarium storyline is interesting, but not something I relished discussing. John and Marlena’s constant separation has been exhausting, not entertaining, this past year. Their scenes in the sanitarium have dragged on and it’s a drag to see the abusive staff at Bayview get away with treating their patients like garbage, something I hope Marlena addresses once she and John are released. I’d rather they were home eating strawberries and whipped cream!

Baby come back.
I’m glad Nicole finally got her baby back thanks to Brady’s ingenuity, which was discussed in last week’s Deconstructing DOOL, but so many other major storylines were coming to a head and it’s been too long of a wait so felt anticlimactic.

Andre’s press conference.
It’s been an interesting journey to watch this character go from being a psychopath to almost an upstanding (that may be a stretch!) part of Salem society. I wasn’t aware Andre was pardoned for past crimes or maybe I’ve forgotten. I’m never sure if I trust him but am always entertained by him. What a show Hattie put on during his press conference. Andre didn’t see her betrayal coming and Kate and Roman were equally astonished. Though he deserves being committed for terrorizing Salem for years and setting Hattie up, his vulnerability in Bayview was touching. Hopefully Abigail can help get him released!

How juicy was it that in Friday’s show, half of Salem started to realize that Hattie was impersonating Marlena? Who else can’t wait for Monday’s episode?

This is my opinion – go ahead and share your own in the comments!

Andre about Hattie, “The woman doesn’t have the intellect to put a pair of socks together.”

Lucas, “Adrienne’s living at ‘The House of Horrors’, the Kiriakis mansion.” 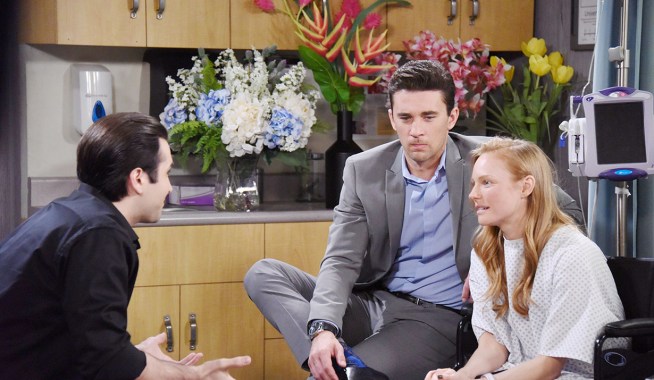 Deconstructing DOOL: The show either seems to be captivating or boring 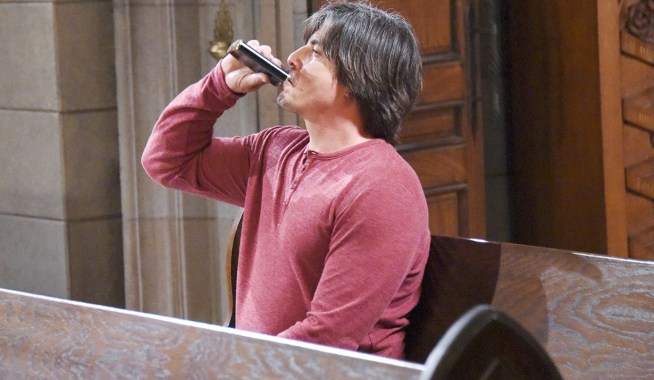