Days of Our Lives’ Sarah and Xander Fans, Foiled Again — Plus, What Worked (and Didn’t) During May Sweeps 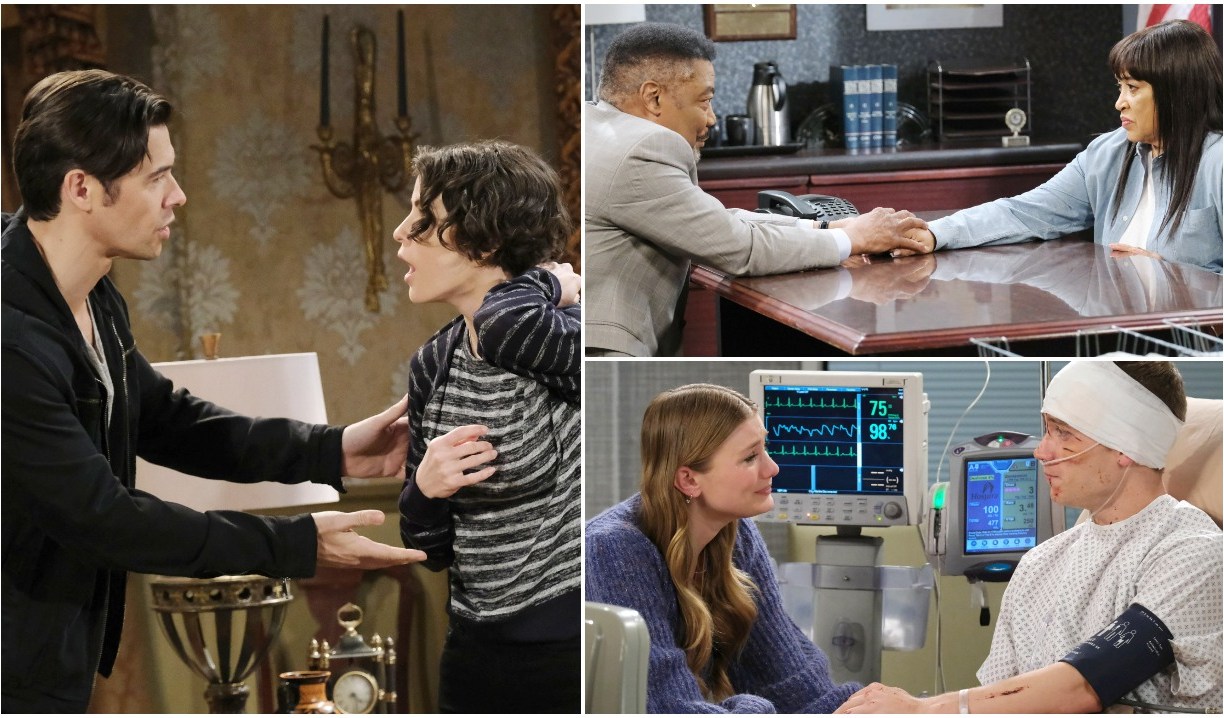 Don’t Let the Hellmouth Hit You On the Way Out

I get that the big May Sweeps event had to be the devil’s end, seeing as how long that’s dragged on. But I also know that it’s not exactly what fans were clamoring for. Well, they were clamoring for it to be over, but that could have happened at any point — like months ago. All-in-all, the big finale felt oddly rushed, and it culminating in Satan just wanting to burn down a church was… meh. 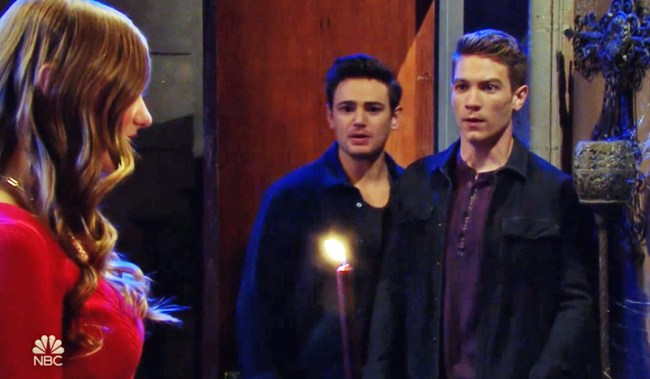 As I noted before, there weren’t many stakes with the Satan saga. His big master plan’s reveal just fell flat since this is a soap opera and not a horror movie. You knew he wasn’t going to find a permanent host and create Hell on earth, so who cared? And though folks are still talking about the craziness of what happened — Xander and Chanel’s discussion this week of the difference between losing the woman you love to a devilish imposter versus someone in a hyper-realistic mask was hilarious — it just doesn’t seem like much has changed. What’s the point of a months-long plot that has no big payoff or long-lasting consequences?

Johnny even said almost those exact words this week to Chanel, telling her nothing much had changed, so why can’t they just go back to where they were before that pesky devil showed up and pretend none of it happened? She pointed out that things were different, and it’s clear that that particular foursome may end up reshuffled, but did they really need the devil’s influence when all those repressed emotions were roiling around to begin with?

And then there’s the fact that somehow, in all those months that the devil was camping it up, no one died. I’m not bloodthirsty, but there was so much untapped emotional fallout we could have gotten if Satan had done more than play reverse-matchmaker.

We got a hint of what could have been watching Ava and Steve grieve over Tripp’s body, but he was barely even gone long enough for them to get the tears flowing. Ava flipped out at Kayla, only to later apologize  for her behavior. It’s a great moment of growth and compassion for the mob princess — but watching her hold onto a vendetta against the doc while she grieved for her son could have provided a lot of great drama. 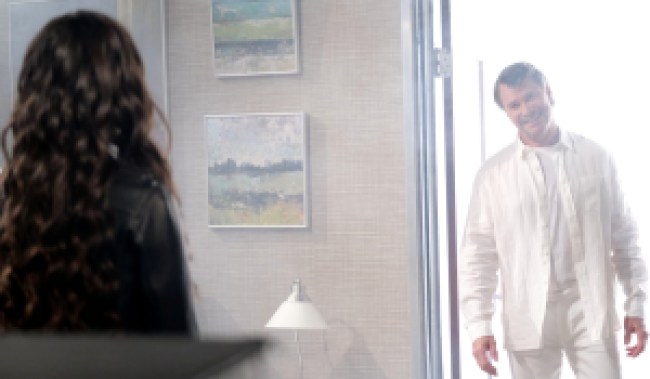 Really, the highlight of the devil’s final exorcism was Ghost Bo. Did we really need all those months of buildup just for that? He could have made his return for any number of non-Satanic reasons to help out his family.

A Violent End to a Violent Man

One May moment that hit a bit better than I thought it would was TR’s death. I’ve been critical of the tone this story has sometimes taken, especially the almost light way the show treated Paulina accepting TR back into her life. In the end, she was about to run off on a weekend alone with her abuser, a man who, before he showed up, terrified her. The whole story felt uncomfortable and almost disrespectful to abuse survivors, but it was supremely gratifying to see Paulina stand up to him when he threatened her. 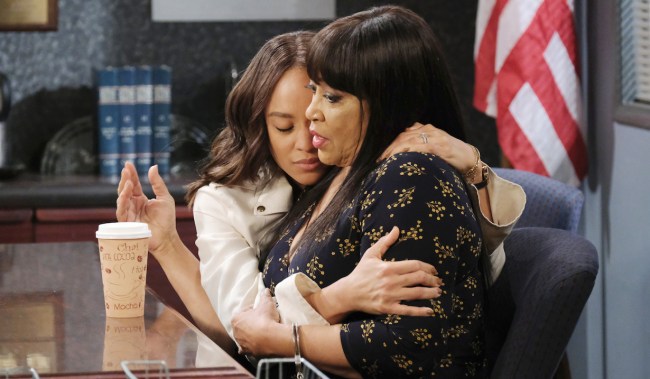 Watching Abe realize his love for Paulina and face TR down was also a highlight. But the real payoff was Lani shooting her nightmare of a father, only for him to “forgive” her and use his dying breath to say he loved her. That’s going to put some serious emotional baggage on Lani’s shoulders. Plus, if we get more Justin/Paulina scenes like Wednesday’s, I’m all in. Watching those two spar as he worked to get her out of jail, clearly realizing she was not the one who shot TR, was a blast.

And just this week, Abe once more declared his love for Paulina, having finally moved past not being able to trust her. Just as she, Eli and Lani are all lying to him… This will be interesting to watch unravel.

As for Sarah’s big moment, we can all agree that her baby-voice being gone is the real May Sweeps gift, right? Oh, and losing that wig’s pigtails.  “Xarah” fans got their big reunion this month, which delighted them, only for the show to pull the rug out from under us, which, honestly, delighted me. Before folks come at me with pitchforks, it’s not that I don’t want them to reunite, it’s just that I enjoy taking twists and turns along the way. Though this is a dangerous one to play. 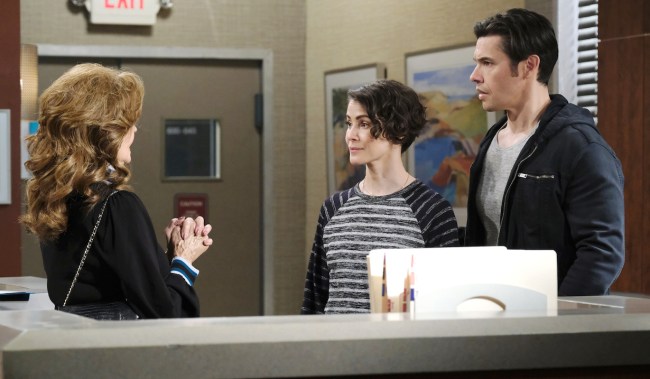 Rehashing the same story that unfolded relatively recently is not a favorite trick of mine, but there are so many ways Sarah learning a second time about Xander’s deception can go. She just told him this week that she is not the same person who forgave him before, so doing so again isn’t a given. But let’s be honest — does anyone really think this won’t end in their reunion?

Also, with the devil’s end and Sarah’s reawakening, we’ve finally been seeing more of Eric. And now that he’s been defrocked, we get his real return. He’s free to make Rafe’s life miserable as he pines over a just-engaged Nicole, while she pines over a suddenly-available Eric!

• The DiMera Enterprises drama still isn’t riveting me, but at least we got a throwaway line about how Kristen must have convinced Peter to change his vote. How fun would it be to have her brother back on the canvas?

• Thank you, Jake, for reminding EJ and Chad that they weren’t raised by Stefano any more than he was. And  I loved Kristen pointing out that she was the the one who most took after their father, even if she wasn’t blood related.

• Tripp proved he’s got more maturity than most of the older folks in town when he told Allie, “It’s OK to let me go, and honestly, it’s the nicest thing you could do for me.”

• I couldn’t help but laugh when Eric said he couldn’t go back to his goodwill mission because folks back there weren’t thrilled with finding out that “some members of my family were possessed.”

As we mark this Memorial Day weekend, join us in looking back at the soap stars we’ve lost so far in 2022. 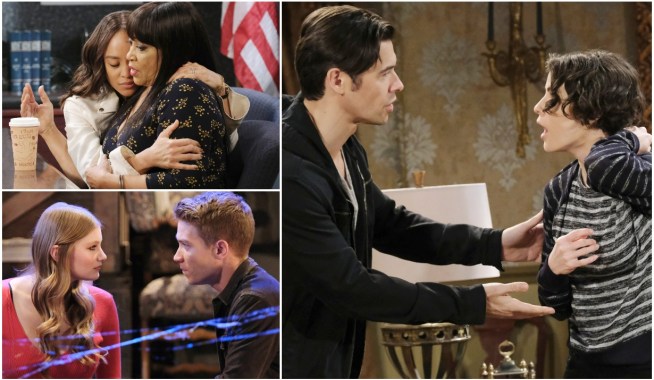 Days of Our Lives Put the Devil Saga to Bed and Got Back to Basics With Secrets Exposed, Forbidden Love and Corporate Power Struggles 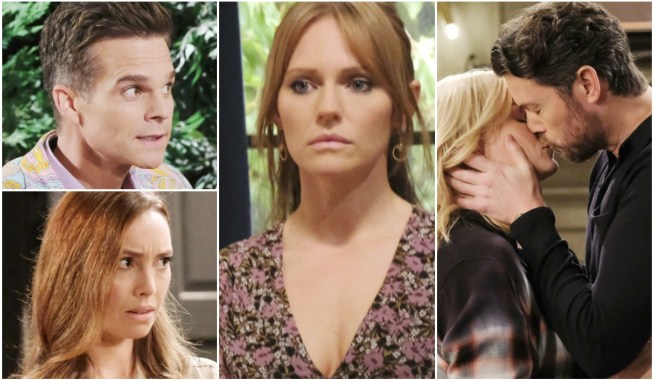