Neither the Devil Nor Leo Can Be Vanquished on Days of Our Lives — Plus, the Welcomed Returns We Want More Of 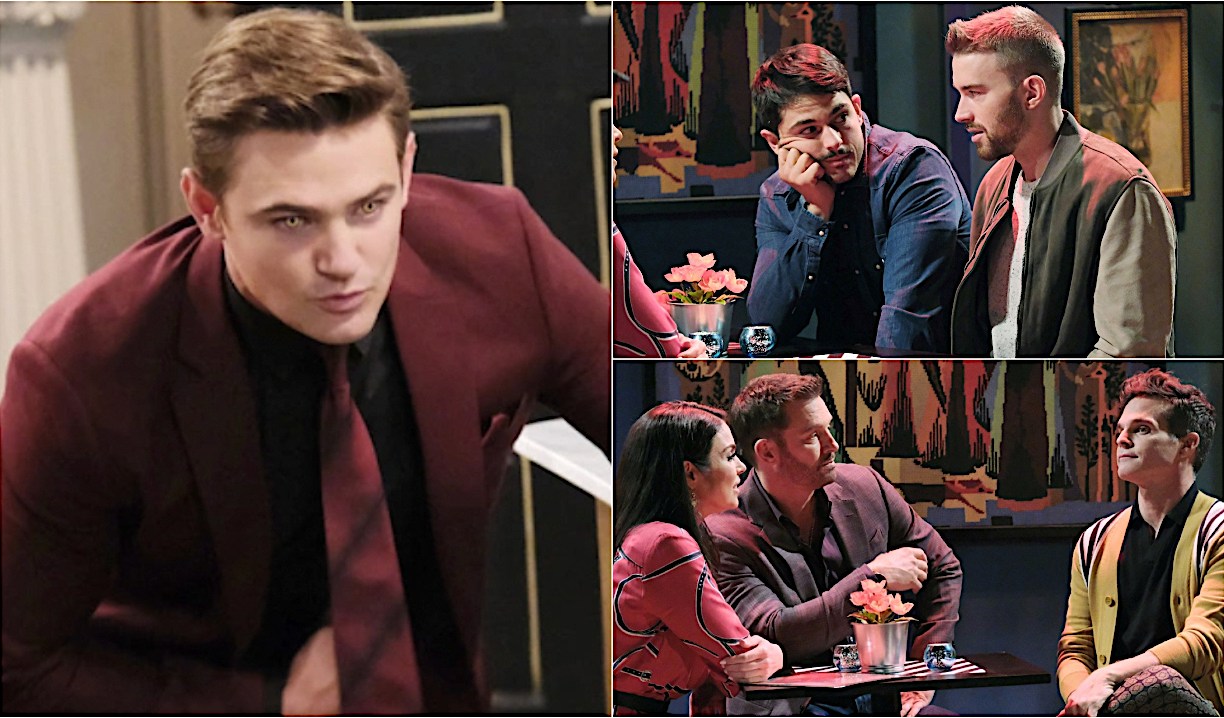 Leo and the devil dominated the week on Days of Our Lives, but there are other stories we want more of. Let’s get to it… 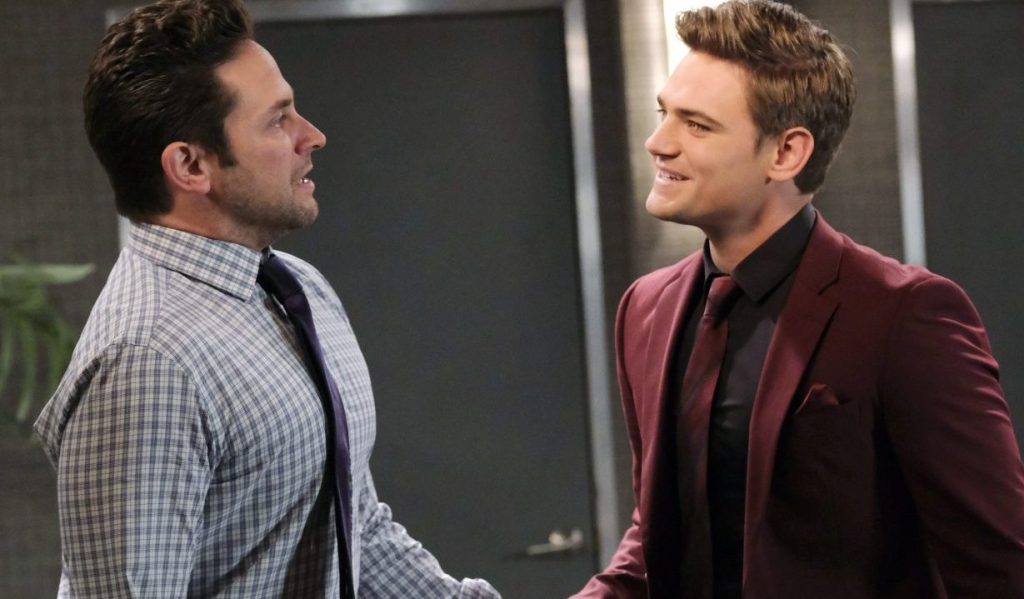 There are so many DiMera board meetings to switch out CEOs it’s laughable, but would they really be able to vote without Chad and Tony? Or at least Tony, considering Chad is the one they wanted to oust? Aren’t there proxies or something to be given when board members can’t make a meeting? At least that’s what other soaps have led me to believe. But also, does anyone care anymore who ends up as CEO?

It’s absolutely (not) mind-boggling how much less interesting every DiMera becomes when they get forced into these lame business stories. They’re not even real stories! DE makes Chad & Johnny boring, and Johnny is possessed for crying out loud! 😂 #Days

Either way, JoDevil’s now on the DiMera board. But why? Is this really what the devil wants to do? Run DiMera and destroy relationships? Seems pretty small potatoes for the ruler of Hell. I mean, what is his endgame? If Lucifer is to be in Salem, I’d rather see him be like the version of the fallen angel on the series Lucifer — just a cad, who wants to let loose and have some fun, but falls in love, while granting wishes (with a price) and grappling with his good vs. evil nature.

I was hopeful Ben and Ciara were actually on to Johnny as the devil, but I may have put too much faith in them. Now, it looks like the focus will be on Belle as the prime suspect with zero basis for it. When will this just wrap up?

#DAYS At least Marlena is facing some blowback from possession 2.0 even tho we haven’t exactly seen her deal with the aftermath as much as I would’ve liked.

Out of Sight, Out of Mind 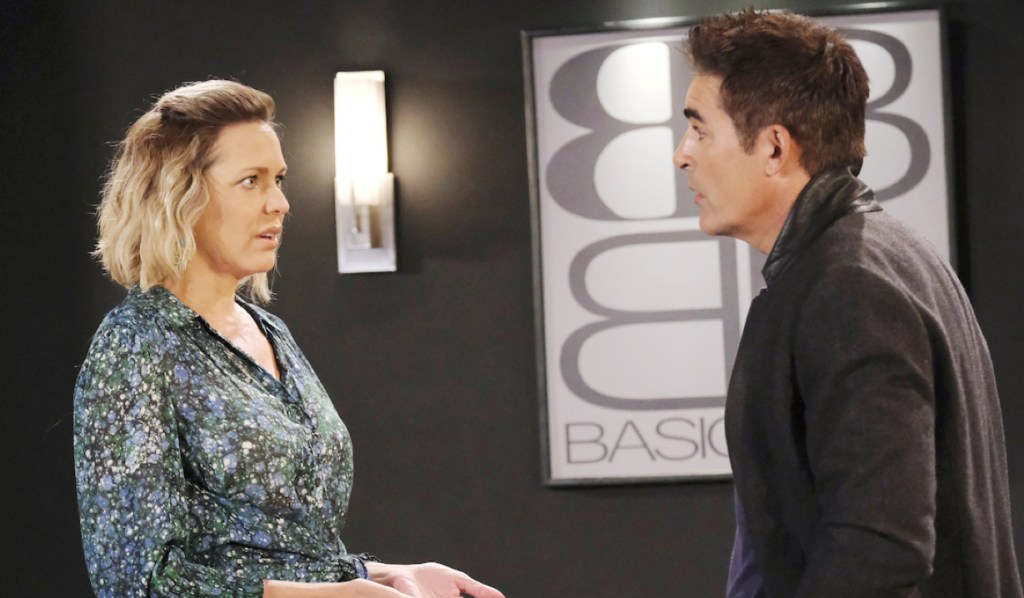 When Allie asked Nicole how the trial went, I had zero idea what she was talking about until Nicole mentioned Rafe’s name. On the plus side, his trial is already over and we didn’t have to sit through it. On the downside, what is the point of that story if we forget about it as soon as he’s offscreen?

I also had to be reminded that Tripp and Ciara were a couple when he was confiding in her about wanting to be first choice for once. The former point is bound to happen after years of being a non-couple, but the latter point could be rectified if say, Craig and Nancy’s other daughter, Joy came to town for the family drama. As the Tweet below suggests, she could be just who Tripp is looking for, considering she doesn’t have ties to anyone on the canvas to eventually choose over him.

I WONDER ….if they’re going to bring on Joy (Craig & Nancy’s other daughter) and pair her with Tripp.

I just had a feeling when Tripp & Craig awkwardly met at the park.#DAYS 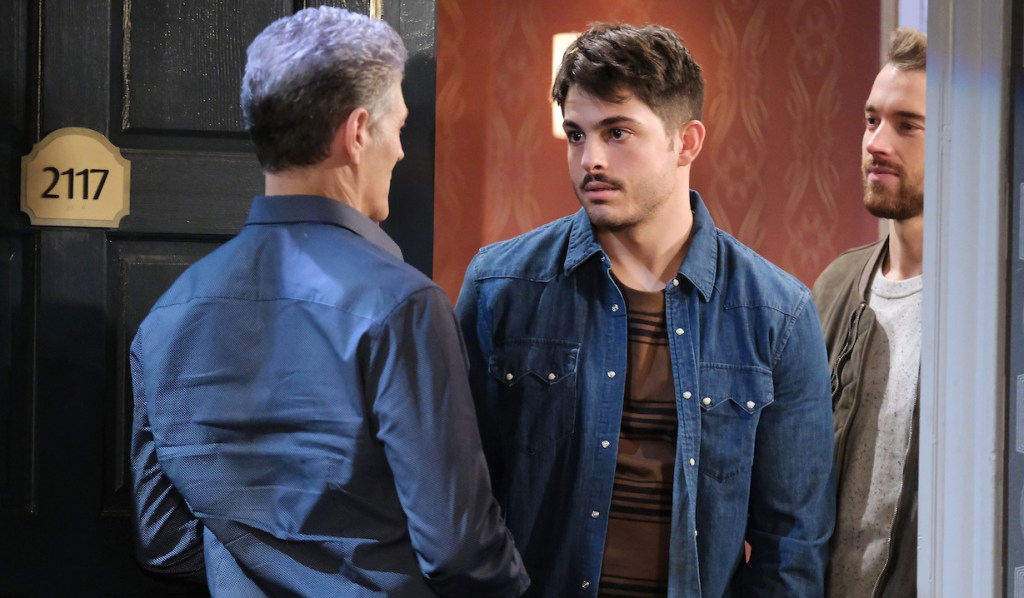 It’s always good to see Will come home to reunite with Grandma Marlena. Especially when his husband comes with him. Especially, especially when said husband is being played by Zach Tinker. He just slid into the role of Sonny so effortlessly on the Peacock spinoffs, and now on the Days of Our Lives mothership. And while Sonny accepting Bonnie is questionable at best, his reaction to see her and his father getting it on in the Kiriakis mansion was pretty funny.

What’s not so funny are all the Leo shenanigans. John did have a point about Leo possibly changing or not being that bad, but I don’t think I’m here for a Leo redemption story. That may or may not be happening because while Leo seemed to genuinely mean it when he told Brady and Chloe he loved Craig, the spoilers indicate he’ll be scheming Craig into a job at the hospital.

The best part about all of this though, is that despite ‘WilSon”s efforts to expose Leo, Craig already knew about his boyfriend’s shady past. Nothing they told him was a shock. (They didn’t come off too good in their stories either, by the way.) Leo could still be manipulating him, but at least Craig isn’t being made to look like a complete fool. 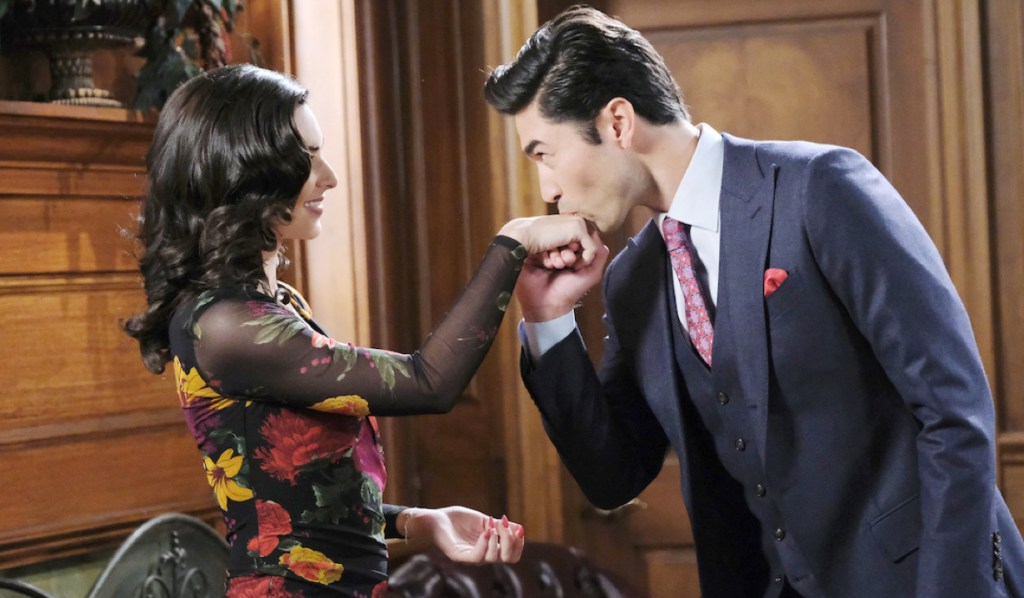 • After processing the shock of Sarah thinking she’s Renee, Xander just strolled off with Gwen like, “Have I got a story for you!” My angst-loving heart is going to need a little more than that.

• As for another once-a-weeker, it was great to see Eli in protective mode over Paulina and Lani. I hope his investigation into TR leads to more story for him and the rest of the Carver/Price family. Next week looks busy for them. Hopefully, it’s not a one-time thing.

• Since he was on this week, I am compelled to include my obligatory appeal for more Li Shin. He could be a good addition to Salem if they let him do more than just pop in to oversee these redundant board meetings.

That’s all I got this time around. As always these are just my thoughts on the week in Salem. What are yours? Tell us in the comments and then look through our photo gallery of the most gorgeous photos of your favorite soap stars through the decades.